How the once funny comedian became a viral snark-generator for lazy liberals. 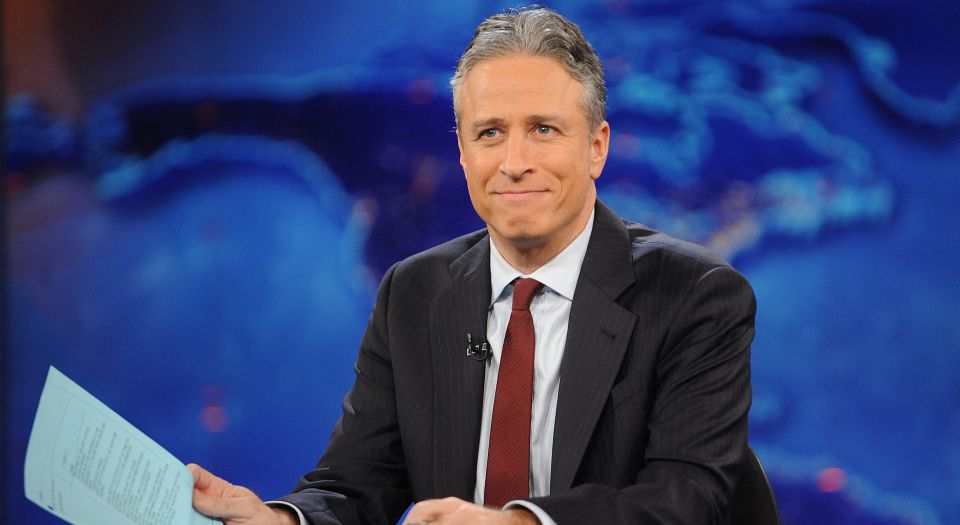 Jon Stewart announced this week that he will be stepping down from hosting The Daily Show on Comedy Central after a 16-year run. While there are plenty of comedians who use politics for joke fodder, few have had as much impact on the American political scene as Stewart has during his Daily Show reign.

The show’s format subverts the role of the traditional evening-news anchorman (or what Brits call – more honestly – a newsreader). During the postwar years, iconic figures like Walter Cronkite were seen as the trusted voices of the nation; Stewart, adopting the same pose (sitting at a desk with an image behind), has spent years mocking the modern versions as puffed-up blowhards, unwitting stooges and defenders of the powerful. Indeed, with the demise of the nightly network news, it became commonplace for pundits to remark that more young Americans got their news from Jon Stewart than from conventional sources.

Stewart’s heyday, in my view, was during the years of George W Bush’s presidency. His jokes regularly dined on the rich material provided by the Bush-Cheney administration’s ‘war on terror’, the Iraq War, the poor response to Hurricane Katrina, and the financial crisis, to name the most obvious. For all his laughs at the expense of Republicans, he seemed different because of his claim to be opposed to all forms of partisanship, Democrats included. In 2004, he famously broke from his comedy persona to appear on CNN’s Crossfire – a shouting match that pitted a liberal versus a conservative – and scold the two presenters for ‘hurting America’. Despite occasional gasps of ‘I care’ sincerity, Stewart’s shtick has been to cast a cynical eye on the world, and during the Bush years, that struck a chord with the many who were disenchanted with American politics.

Indeed, the deep cynicism of that period is something Barack Obama addressed directly during his 2008 presidential campaign, with his promise to bring ‘hope’ and ‘change’. And it was with Obama’s ascension that Stewart lost whatever edginess he may have had. Rather than turn his fire on the new powers-that-be in the White House, Stewart has largely played the part of loyal court jester (with rare exceptions, such as his mocking of the inept Obamacare roll-out). He has moved in lockstep with conventional liberal views in the Obama era: he moved on from attacking establishment Republicans to ridiculing the fringe Tea Party, and then took on Fox News. In recent years, his show has increasingly relied on finding clueless rubes from the flyover states for a laugh. The air of condescension and moral superiority is thick.

When I say the Obama years have not been Stewart’s best, that’s not because I believe his political insights have become less astute, or because he is too partisan. It’s mainly because he has played it too far too safe, and that has made him, well, kinda boring. Stewart goes for the easy laugh from an audience that is so easy to predict. He doesn’t challenge today’s conventional wisdom, he doesn’t make people squirm – and his comedy has suffered for it.

Just compare Stewart with his fellow American comedians, especially when it comes to taking on sacred cows. The late, great Joan Rivers was an equal-opportunity offender (including of the Obamas), while Stewart limits his targets. Jerry Seinfeld denounces political correctness, while Stewart operates within PC confines. Chris Rock says today’s college students are ‘way too conservative in their social views and their willingness not to offend anybody’, yet many of them would feel perfectly comfortable laughing along with Stewart. Bill Maher, a self-proclaimed liberal who is perhaps the closest to Stewart in combining politics and comedy, has, unlike Stewart, proven willing to take stands that are unpopular among the liberal set, such as when he criticises Islamic terrorism and defends free speech.

Sometimes it appears that Stewart wants to be seen as a political pundit. He consistently offers a political take on the news, and with his screed on Crossfire and his organising of a ‘Rally to Restore Sanity and/or Fear’ in Washington in 2010, he appeared to want to play more than the role of the TV jokester. And, as many have noted, his resort to ‘Hey, I’m only a comedian’ when his political views are challenged looks like a convenient escape clause.

But that said, I do think Stewart is first and foremost a comedian, and a pretty good one at that. His job is to get laughs, and, by that yardstick, he still has it, at least for a certain segment of the population. Last year he made an estimated $30 million for telling jokes – he must be doing something right. I mostly blame his fans for trying to endow Stewart with the status of a great political sage, for seeing him as the voice of a generation or group. Much of what superficially looks like political allegiance today is really just a badge of one’s identity rather than an engagement with ideas – and being a fan of Jon Stewart has been, for many, a readymade element of their identity.

In some circles, Stewart’s popularity has waxed while his comedy edge has waned. In recent years, he has appeared fed up and exhausted. He will frequently mention a Republican or Fox News commentator, pause, and say ‘Fuck you!’, and great hilarity ensues. Or he’ll just call people names, as in ‘Why is [New Jersey governor] Chris Christie such a dick?’. The opposite of clever. And yet it seems that, the more that Stewart’s comedy has scraped the barrel, the more that his videos are circulated on news sites and social media like Facebook. Stewart’s fanbase let his viral videos speak for them. These videos have become a caricature, delivered with overblown captions like ‘Watch Jon Stewart DESTROY Republicans’, ‘See Jon Stewart DEMOLISH Fox News’. They are a veritable Groundhog Day of the same in-jokes and groupthink, over and over again. It is the suddenly video-bereft folk who will miss Stewart most.

Over time, the lasting impression left by Stewart is not much more than snark. As the critic David Denby explains, snark ‘is a teasing, rug-pulling form of insult that attempts to steal someone’s mojo, erase her cool, annihilate her effectiveness, and it appeals to a knowing audience that shares the contempt of the snarker and therefore understands whatever references he makes…. Snark often functions as an enforcer of mediocrity and conformity. In its cozy knowingness, snark flatters you by assuming that you get the contemptuous joke. You’ve been admitted, or readmitted, to a club, though it may be the club of the second-rate.’

Stewart certainly wasn’t forced to step down, but the format has become really stale, and you can tell the show has lost its own mojo. Of course, Stewart is just one comedian moving on for personal reasons, and, being a very talented guy, there’s a pretty good chance he’ll return with something new and successful. But I can’t help think that his departure also represents something more than one individual’s story, that it marks the end of an era. It’s a time when not only is the Obama administration running out of gas, but the pop culture mashup of comedy and politics epitomised by The Daily Show seems to have reached its limits as well. If this is a sign that snark has jumped the shark, it would be even better.