Why Generation Me loves keeping it real 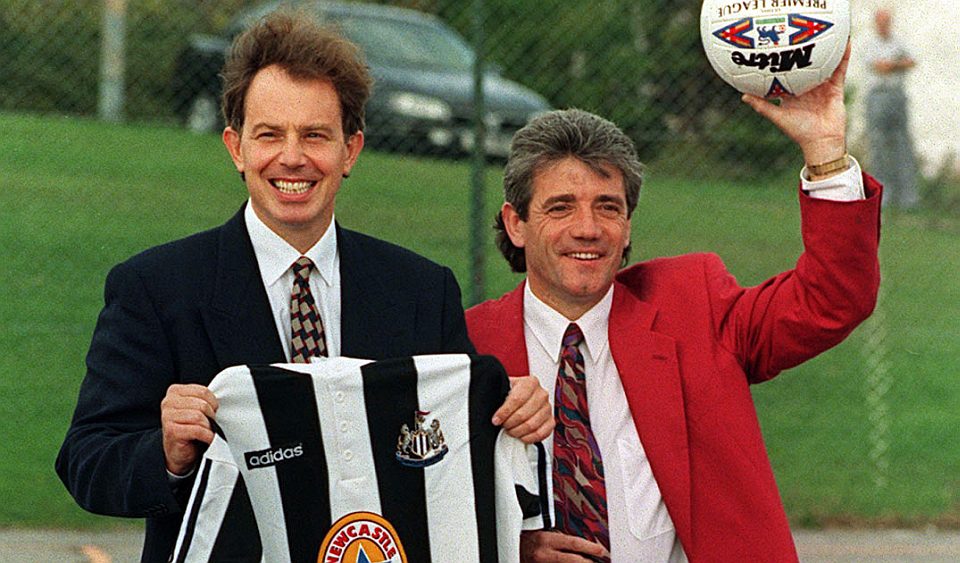 Everyone and everything today must, it seems, be ‘the real deal’ – they must be walking, talking embodiments of heart-on-your-sleeve authenticity. After all, no one wants to be accused of ‘faking it’, as Kurt Cobain put it in his suicide note. From pop stars to politicians, being real, being oneself, being transparent, is pretty much a pre-requisite for entrance into respectable society.

But social commentator Peter York believes there is something rather phoney in the need to be seen as genuine. In his short polemical book, Authenticity is a Con, York provides several deliciously scathing snapshots of the current tyranny of transparency.

For York, authenticity is the ‘absolute favourite word of shysters and chancers; of motivational speakers and life coaches dealing with “human potential”; of people who think “I’m so worth it”… people with only the vaguest idea of authentication and none at all about the philosophical back story.’ He traces the ‘me generation’ tendencies back to 1960s America. For York, the authenticity peddlers sell the idea that if you’re ‘true to yourself’ then everything else, from a satisfying career to successful relationships, will magically fall into place. York understands that the free-yourself psychobabble has always sounded preposterous. To lampoon it requires very little effort.

York is both irritated and amused by the call to ‘let your authenticity shine out’, but he can’t quite explain why it is so prevalent in Britain. He gets close to an answer when describing how postwar Britain was still ‘standing huffily aloof’ from ‘the me party’ that America was then staging. York briefly mentions ‘Old Britain’, but he doesn’t explain what that era meant, why it was significant and how the adoption of life-coach mores represents a huge shift in the nation’s psyche. Still, there’s a brilliant passage in Authenticity is a Con when York explains how, in British public life, formality is about as welcome as a suit and tie at Glastonbury. ‘It’s part of a new-ish orthodoxy that equates authenticity with informality, in dress, in speech and in entertaining. Most mockneyism is the equivalent of dressing down.’ Consequently, formality and speaking correctly now sound ‘out of time and inauthentic’.

It’s entertaining stuff, but York fails to say how all this came about or why it is problematic. The shift from stiff-upper-lip Old Britain to emotionally incontinent, determinedly informal New Britain is certainly significant. The idea of Old Britain evokes an era of class antagonisms, national sovereignty and the Union, the Britain of formidable institutions and class power, an age where politics meant conflict and contestation. In this period, a formal public face was essential to winning political battles. A private, non-public space provided a political actor with room to think about and discuss his next move. Transparency is the kiss of death to maintaining political authority and control.

This may appear too Machievallian for contemporary sensibilities, but the distinction between the public and private sphere is hugely important. The private sphere, providing the opportunity for contemplation before making something public, is essential to making us rounded human beings. Privacy is pretty much indispensable for running society, too. Yet today, anyone with a distinct public persona is thought to have ‘something to hide’, and is therefore deemed insincere. This is the point at which the call to ‘be genuine’ becomes problematic. We are told we must ‘open up’, that we must be ourselves.

The politics of emotionalism has been prevalent for some time, particularly on the left, but, as York points out, it was the arrival of Tony Blair and New Labour that gave emotionalism an official stamp of approval. Not wearing ties in government, glottal stops and playing head tennis with Kevin Keegan were all meant to demonstrate that New Labour consisted of real, authentic people, rather than politicians with a hidden agenda. Superficially, Blair’s arrival was meant to signal a fresh start for British society, but the ‘transparency’ New Labour championed quickly meant that we all had to be transparent, that we all had to show that we have ‘nothing to hide’.

To be real and authentic, then, is to express emotional hurt and vulnerabilities, and to be hyper aware of other people’s emotions. The placing of the damaged individual centre-stage has done more to unravel British institutions than the threat of Nazism, communism, striking miners or Irish Republicans ever did in the twentieth century. So while York provides plenty of droll examples of life-coaching madness, he does not fully explain the damaging fall-out of being ‘true to ourselves’.

Nevertheless, York’s sharp eye provides insights aplenty. There’s a hilarious dig at hippy ‘t-shirt and trainers’ companies such as Facebook or Virgin, whose informality disappears when they are challenged on something substantive (‘you get some very formal legal action’, quips York). He points out the irony of early- to mid-twentieth-century black musicians like Lead Belly, who wanted to wear smart suits and play hotel jazz, having to ham up a jailbird persona in order to sate their white audience’s demand for an ‘authentic’ blues performer. York also notes how, in the 1970s, the desire to be inauthentic, to not be ourselves or down to earth, was a mark of boldness and imagination. Think of the sci-fi-based, proto funk of Parliament or Funkadelic, or how working-class bricklayers donned tights and make up during the Glam era. Roxy Music made a career out of not keeping it real. They even prompted the NME’s Charles Shaar Murray to declare them a threat to Britain’s rock culture with, as York says, ‘their posey eclecticism, poncey retrofuturism and their wholly meretricious concern with appearances’. And then there’s David Bowie who elevated artifice, pretension and inauthenticity to the level of an art-form.

Today’s art-school poseurs, though, are as swept up with authenticity as anyone else. York begins Authenticity is a Con by visiting Shoreditch and noticing a product called ‘honest man’s beard oil’. As readers of Sunday supplements will know, east London has the highest beard count in the capital. York has great fun juxtaposing Shoreditch’s quest for reclaimed-floorboard authenticity with its entirely invented (read inauthentic) claim to be an artistic Boho enclave. ‘It’s a thing of surfaces’, writes York, ‘anti-bling surfaces that actually cost much more than the gold and glass and shiny marble of mainstream bling’. Indeed, Shoreditch and Hackney are the kind of places that have specially designed ‘old man pubs’ that don’t actually feature any old men drinking in them. York calls Shoreditch ‘applied authenticity’, which is about as accurate and as real a description of EC1 as you will find.

And yet the authenticity-marketing scam goes far beyond east London. For over a decade now, we’ve experienced what can be called ‘kooky capitalism’, wherein huge companies re-brand themselves as ethical, people-orientated cottage businesses. York supplements the idea of kooky capitalism with his concept of ‘micro-connoisseurship’, which refers to the ‘market for luxury, for superior, smart, snobby, value-added goods – “positional goods” of all kinds. We’ve got millions of micro-connoisseurs agonising about the thread count in sheets, the back-story of a recipe, the provenance of a shop.’

We can see what York is driving at here: the demand for eye-wateringly expensive goods such as bespoke shoes. But at points, anti-materialist prejudices affect his judgement. After all, the artisan bakeries, clothes shops and coffee shops York criticises are often trying to sell an idea of quality rather than an idea of authenticity. Ironically, although York dismisses ‘micro-connoisseurship’ as snobbery-in-waiting, there’s a fair a bit of snobbery on show in Authenticity is a Con.

York does hit the right targets, however, even if he does not always explain the evolution of particular social and cultural trends or analyse their damaging consequences. But he is definitely on to something by grasping the relationship between an obsession with authenticity and the let-it-all-hang-out concerns of Generation Me. If your inner emotional world is considered authentic and ‘real’, argues York, then it becomes an alternative kind of truth, a new kind of sacred. And he’s right. Today, protecting individuals’ self-esteem and allowing people to be themselves have acquired the force of a moral imperative.

Neil Davenport is a writer and educational consultant based in London.

Authenticity is a Con, by Peter York, is published by Biteback. (Order this book from Amazon(UK).)