The sniping about a ‘whitewash’ in this year’s nominations is ugly and divisive. 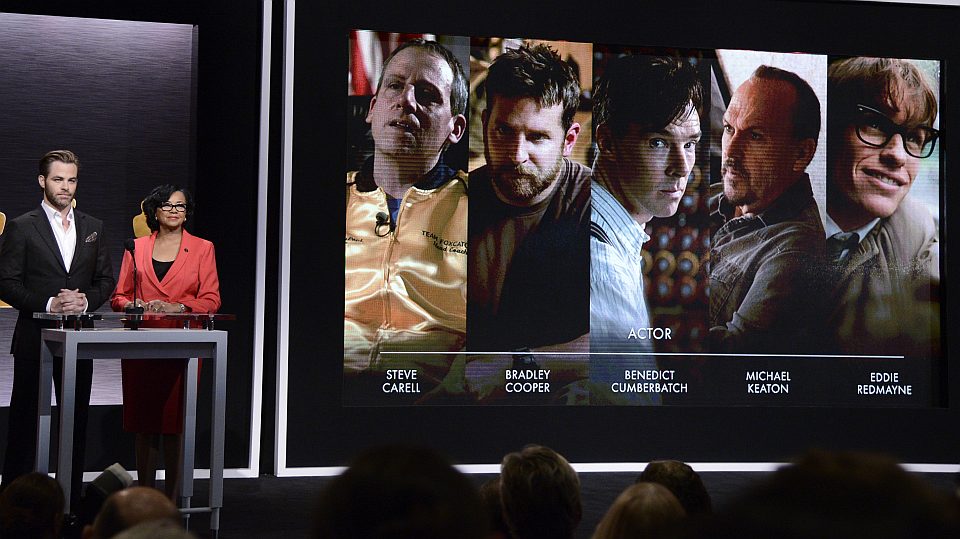 I feel a bit sorry for the Academy. You know, that glorified golf club that hands out Oscars each year. Yes, it’s the creaking, sexagenarian hangover of an old Hollywood that thought Braveheart deserved five gongs and Titanic deserved 11. But the now routine bashing of the Academy each time the nominations are announced borders on the distasteful. Casually labelled troglodytes, sexists and racists, its members are the target for the sort of insults usually reserved for Top Gear viewers and kids who name their kids ‘Sapphire’.

The Oscar noms, once respected as the entertainment-press cannon fodder that they are, have now been imbued with a bizarre socio-political significance. Each year’s list is now a launchpad for pre-packaged polemic on a host of issues. In 2013, it was Zero Dark Thirty’s alleged pro-Bush propaganda; last year, it was Jared Leto’s ‘trans-misogyny’; and this year it’s the ‘whitewash’. That’s right, the announcement of the list revealed that all of the named nominees – from Best Actor to Best Script to Best Prosthetic Nose Technician – were white. Most of them, as it happens, were also male.

It took all of six seconds for the shitstorm to gather. It was a sad reminder, wrote one critic, that ‘the Oscar statuette is a gilded white man’. It was the confirmation, wrote another, of a ‘white backlash’, an ‘unexpressed and not-quite-conscious feeling’ that, after showering prizes on 12 Years A Slave last year, it was time to return to white-cis-heterosexual business as usual.

Given that the Oscars is little more than an annual PR exercise for Team Hollywood, it is, admittedly, incredible that the Academy let this slip through the net. Controversy is not what the Oscars do – at least, not intentionally. This was the blunder to beat Seth MacFarlane-gate. Yet more proof that the committee is painfully out of touch with our twitch-hunting age.

Even so, the reaction was more than a bit overblown. Selma, Ava DuVernay’s portrait of the Selma-to-Montgomery voting-rights marches led by Martin Luther King, was dubbed the biggest loser of the whitewash – but it’s still nominated for Best Picture. And while enraged tweeters are still feeling the need to tweet the bleeding obvious – that white men have long had a bit of a winning streak at the Oscars – the iniquities of the past shouldn’t be used as an indictment of today. Times have changed. To suggest otherwise is to allege some sort of racist conspiracy at the heart of the Academy that the blundering old sods hardly seem capable of.

The only thing ugly about this year’s nominations was the response. It was an all too common attempt to crowbar the issue of race into a cultural sphere that has all but left such petty divides behind; an indictment of the fact that, today, anti-racism seems to rest on a constant re-insistence on the importance of race, on the differences that divide us. The sad irony of it all was hammered home by the fact that it all focused on the alleged ‘Selma snub’ – a film whose subject dreamed about his children living in a nation ‘where they will not be judged by the colour of their skin, but by the content of their character’.

Academy president Cheryl Boone Isaacs has responded to the furore by calling for more ‘inclusivity’. This is bad news. Art, at its best, is a wholly egalitarian space, in which work can be understood, appreciated and judged on the basis of its richness and its beauty, aside from all other concerns. It is this admirable spirit that has kept The Birth of a Nation and the DWEM-dominated European canon on film-studies syllabuses, even as the society that produced them has moved on. Not because we secretly think the KKK wasn’t all bad. Not because white-male homogeneity in the arts is at all virtuous. But because these films, in their own way, contributed something unique to an unfurling film history that has now, rightfully, opened itself up to voices, perspectives and ideas that previously went unheard.

Sure, the Oscars is hardly the highest forum for artistic judgement. The fact that this year’s noms felt the need to honour the foppish Eddie Redmayne in the category once occupied by the likes of Al Pacino, Sidney Poitier and Daniel Day-Lewis, reflects the Oscars’ less-than-discerning standards. But while the Oscar committee shuffles on in its irrelevance, we need to uphold the idea that art is about so much more than race.