After the Sydney siege, the clash of the fearmongers

Some peddle fear of Islamofascism, others promote panic about Islamophobia. 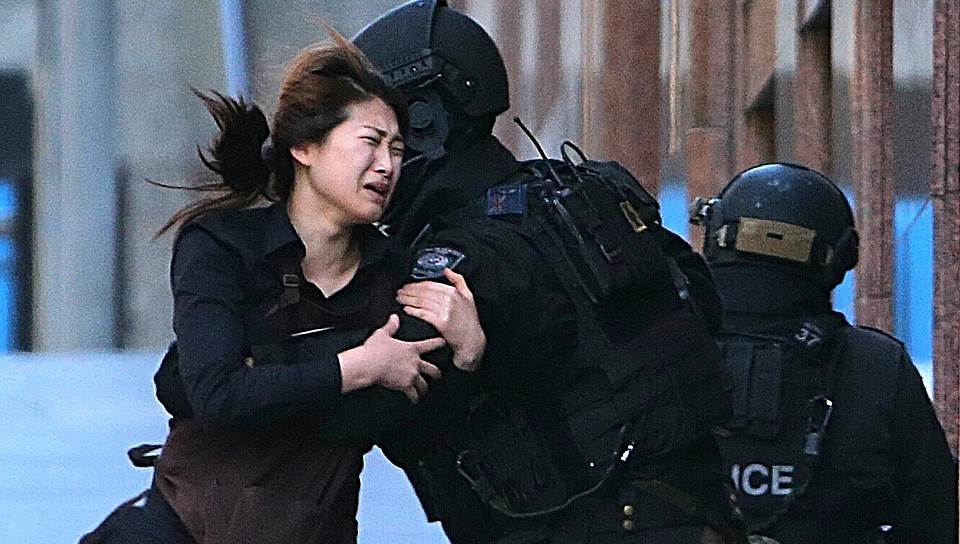 The Sydney siege – the grandiose name being given to the invasion of a chocolate-and-coffee shop in Sydney by a mentally ill sex abuser – has exposed the dual fears of the ‘war on terror’. On one side we have those of a more right-leaning persuasion citing the siege as evidence that Western nations like Australia are under threat from ‘politically motivated violence’ stoked up by outsiders. And on the other side we have small-l liberals, those who fancy themselves as searing critics of officialdom, claiming that actually it’s the insiders, Western nations’ own apparently dumb, prejudiced, Muslim-fearing populations, who are the true source of social instability today. One side ratchets up fear of Islamofascism, the other spreads panic about Islamophobia. One side frets over foreign-inspired lone wolves, the other agonises over the native masses and their likely response to seeing a brown man doing something bad on the news. Both sides peddle the politics of fear.

What happened in Sydney yesterday was certainly tragic. Ordinary people were buying their morning coffee in a Lindt cafe when they were terrorised and held hostage for hours by a clearly disturbed man in Islamo-headgear and wielding a gun. Three people, including the gunman, were killed. This is terrible. But was it an act of terror, as such, never mind an act of war? The man who carried out the attack, Man Haron Monis, was apparently a troubled individual, a weird sheikh, a ‘fringe and erratic’ man, who was under investigation by the police for sexual assault. His attack could just as easily be seen as the random act of an individual with mental problems, which he then tried to doll up as ‘political’ by waving a black Islamic flag and demanding a phone conversation with Tony Abbott. Monis was certainly a threat to the people in the cafe, but he posed no threat to Australia or its national security or democracy. Even to describe his actions as the ‘Sydney siege’, as if he had the whole city under his command, is to imbue his erratic behaviour with way too much menace and meaning; he should be known as the Lindt loser, the chocolate-shop gunman.

Yet too many are rushing to hold up his actions as hard evidence that Australia faces a dastardly, foreign-inspired threat. Observers claim the Lindt attack reveals the ‘dangers of lone-wolf terrorism’, and that the West faces ‘a new phase of terrorism that is far more dangerous, and more difficult to defeat, than al-Qaeda ever was’. This is fear talking. The terrifying tag ‘lone wolf’ gives the impression that individuals, anyone with a Koran and a gun, can hold the West to ransom; but they can’t. They can invade coffee shops and, worse, plant bombs on trains and buses, but they cannot unleash any kind of serious instability. They can harm individuals, which is terrible, but they cannot harm society. Unless, that is, we allow them to.

The impact of acts of terror is determined, not by the terrorist himself, who is usually isolated and weak, but by us, by how we choose to respond to his actions. It is society’s resilience, or otherwise, which determines whether terrorism will be absorbed, coped with and moved on from, or allowed to become a defining incident after which we curb liberty, intensify everyday security and live in a state of heightened anxiety. Too often today, fearful Western societies overreact to acts of terrorism, talking them up as momentous and allowing them to change our way of life. Such an advertisement of Western insecurities, such a public depiction of sad, lone blokes as a mortal threat to the West, could prove deadly in the long term, acting as an invitation to other hateful, anti-Western individuals to have a pop at the West, too. Certainly yesterday’s global concern about what was happening in a Lindt shop in Sydney, with reportedly everyone from Barack Obama to David Cameron on tenterhooks, will have signalled to other terroristic opportunists that they, too, could potentially bring the West temporarily to its knees by carrying out one scrappy, bloody act of violence.

Yet the response of so-called critical and liberal commentators to the Sydney siege was, if anything, even worse than the panic exhibited by some officials and experts. In keeping with other recent acts of Islamic terrorism in the West, these observers responded by instantly asking: ‘Will the mob now rise up and attack Muslims?’ Even while the siege was ongoing, the Australian Twitterati and sections of the commentariat were expressing pre-emptive solidarity with Muslims in anticipation of an ‘Islamophobic backlash’ in response to the siege. That is, almost their very first response upon seeing a Muslim carrying out an act of public violence was to wonder what Oz’s Neanderthal white hordes might get up to in the streets. To fear the lone wolf who waves a foreign flag and a gun is one thing; to fear the populace, the masses, the blob, takes the politics of panic to another level.

During the siege, an Australian woman posted a message on Facebook claiming she had seen a Muslim woman on a bus removing her hijab, presumably to hide the fact she was a Muslim. Before long, the hashtag #illridewithyou – that is, ‘I am willing to sit with a Muslim on a bus and be nice to him or her’ – was trending on Twitter. Some people actually printed out the hashtag and carried or wore it in public – a stunning act of narcissism, designed to draw attention to their presumed moral decency and implacable anti-racism in contrast to the alleged kneejerk Islamophobia of the uneducated and gruff. This fear of Islamophobia, this view of the masses as a pogrom in the making, has accompanied every terror attack in recent years, from 9/11 to the Madrid train bombings to London’s 7/7. It speaks to the chattering classes’ profound discomfort with their fellow citizens, whom they presume to be naturally racist and easily stirred up by hotheaded media coverage of Muslim people and Muslim behaviour. A bomb goes off or a gun is shot and they immediately think: ‘How will they respond to this?’ In a terrible irony, it is precisely this view of Western society’s masses as being ignorant of, or even disgusted by, Islam and its practitioners which fuels the narcissistic sense of grievance and self-pity exhibited by many of the young Western Muslims attracted to groups like Islamic State. These individuals often feed off the anti-Western outlook of Western society itself, the idea that the West is hostile to Islam, which is most vociferously promoted by the West’s own blob-fearing chattering classes.

So the Sydney siege – or the Lindt event, rather – shines a light on the extent to which modern public debate is really just a clash of fears, a struggle between different breeds of panic. The debate doing the rounds is pretty much: ‘What’s more terrifying: Islamofascism or Islamophobia? Muslim wolves or mass idiots?’ A better question to ask would be this: why is our first response to even small acts of violence always fear rather than defiance and simply carrying on with life exactly as it was the day before one guy with a grudge decided to do something wicked?