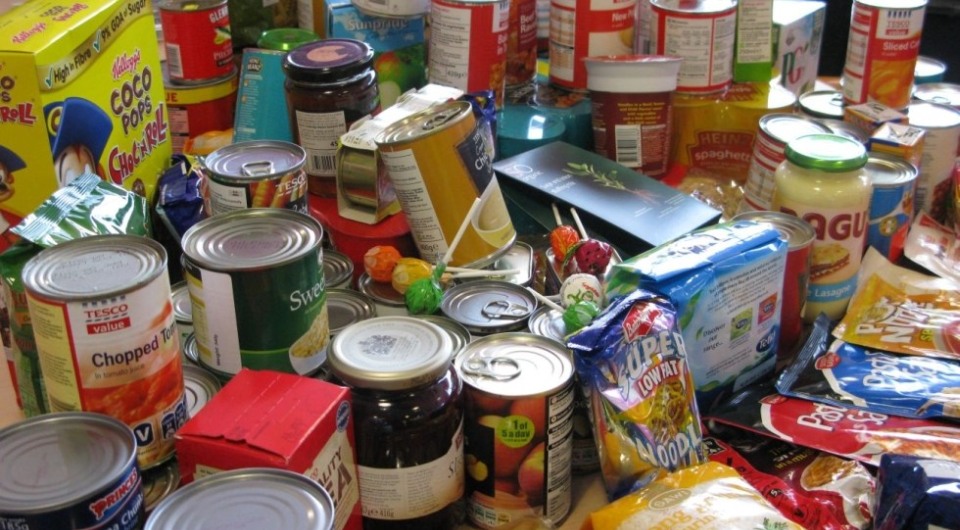 The launch of Feeding Britain: A Strategy for Zero Hunger in England, Wales, Scotland and Northern Ireland was rather overshadowed by Lady Jenkin’s disparaging comments about the poor’s lack of knowhow in the kitchen. The report, from the All-Party Parliamentary Inquiry into Hunger in the United Kingdom, of which Jenkin is a member, has much more to say, of course, than simply ‘the poor don’t know how to cook’. According to the report, cooking is only the tip of the iceberg: the poor also can’t handle their money, parent their children, or generally run their own lives without the support of the state and the charity sector, apparently.

Feeding Britain was a long-awaited report from an inquiry set up to investigate the so-called ‘hunger’ problem in the UK. Until very recently, the number of people using food banks was in the low tens of thousands each year. Though rarely acknowledged by today’s critics, there were significant rises in food-bank users under Labour. But it has been under the Lib-Con coalition government that the increases have been most marked. The Trussell Trust, which operates the UK’s biggest network of food banks, suggests that the number of food-bank users now stands at over a million.

Of course, it is hardly surprising, given the recent economic crisis, that the poor have been hit hard over the past few years. From 2004, the postwar trend of ever-rising affluence started to go into reverse, with the standard of living of the poorest sections of society being particularly squeezed. Wages and benefits have not kept pace with increases in the cost of food, fuel and housing. Those in the least well-off decile of the population are now spending 40 per cent of their income on food, fuel and housing, compared to 31 per cent in 2003. Everything costs more when you’re poor, whether it’s a ‘pay as you go’ mobile phone, rates of interest on payday loans, or the pre-pay gas meter. This problem is exacerbated by increasing levels of indebtedness, delays in the payment of benefits, and a stricter regime of sanctions for those deemed not to be seeking work – the biggest reason for referrals to food banks.

What’s interesting is that food banks have been a fixture in the US, Canada and parts of Europe for some time, but the first food bank in the UK didn’t appear until 1999. Why have so many of them sprung up recently? Is it really true that ‘hunger stalks this country’, as the new report claims? Wouldn’t we have noticed our presumably gaunt fellow citizens if this were the case? Is hunger really a ‘simple and devastating fact’ that we must take on trust, as the report insists? There is no robust evidence of people going hungry in the UK, certainly not on the scale claimed. It is inevitable, particularly with the removal of adequate welfare assistance, that referrals to food banks are made opportunistically by job-centre staff, social workers and citizens’ advice centres (among others). But this isn’t necessarily because their clients are, strictly speaking, hungry. And we still don’t even know, despite this inquiry, how many food banks there are beyond the 420 operated by the Trussell Trust.

The report is not without its insights, although they are confined to a preface from the Bishop of Truro, Tim Thornton. His ‘personal perspective’, ignored throughout the rest of the report, argues persuasively that it is the unsticking of the glue that used to hold society together that explains much of today’s reliance on food banks. It is the absence of a ‘self-help infrastructure’ and ‘natural and vital relationships between people’ that means problems of costly food and expensive heating are ‘exacerbated and heightened’. Sadly, the report (and the bishop) is far too enamoured with the welfare state to recognise that what is responsible for the undermining of these ‘natural’ connections between people is not their reduction to economic transactions; rather, it’s that people have been reduced to passive recipients of state and charitable handouts.

Anyway, says the report, what should really concern us is not the facts and figures or the reasons why, but the urgency of the problem and how to tackle it. Its 77 recommendations institutionalise the role of food banks by sucking them into a ‘Feeding Britain’ network-cum-quango that will reach further into the lives of the poor and ‘vulnerable’. The authors advocate a ‘food bank plus’ model, with food acting as a ‘gateway’ to other interventions, such as counselling for gambling ‘addicts’, smokers and drinkers, and life-skills classes on cooking – these will supposedly ‘boost [people’s] resilience’. The real problem, as far as the authors of the report are concerned, is not really hunger at all; rather, it is that there are people who don’t know what’s good for them, who make the wrong choices and live their lives ‘chaotically’. The message is clear: despite the rhetoric about making people more independent, food-bank users will no longer be able simply to take their food parcel and go.