Rolling Stone and the myth of a rape epidemic

Rolling Stone’s rape hoax speaks to a new hysteria on US campuses. 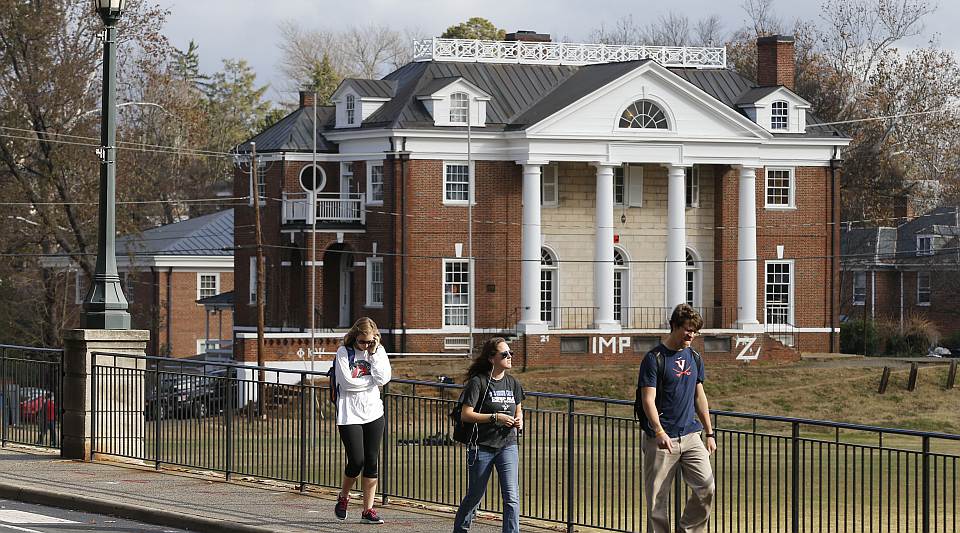 For years now, academics and activists, backed by university administrators and government officials, have promoted the idea that there is a rape epidemic on US campuses, enabled by a ‘rape culture’ that pervades social life. This notion has created a frenzied and highly emotional atmosphere in colleges, with accusations flying and campus tribunals handing down sentences for what are essentially criminal acts. The stunning news that Rolling Stone now disowns its story that claimed a female student was gang-raped at a University of Virginia (UVA) fraternity shows that the drive to root out ‘rape culture’ is spinning out of control. We’re living through a full-blown panic, akin to the daycare sexual abuse scandals of the 1980s and early 1990s, with bad consequences for both women and men.

The Rolling Stone article, written by Sabrina Rubin Erdely, described in graphic terms how a young woman, ‘Jackie’, was lured by her date to a room in a fraternity, where she was allegedly raped by seven men, as part of a premeditated initiation ceremony. The terrible details included: smashing Jackie through a plate-glass table, cutting her badly; the men laughing in response to her cries, and saying things like ‘grab its motherfucking leg’; the men calling each other names like Armpit and Blanket. Appearing after a three-hour ordeal, three friends discourage Jackie from reporting this to the police or the university, or from going to a hospital, because they fear they will be banned from future parties at this fraternity.

After some began to raise questions, an investigation by the Washington Post unearthed details that contradicted the story: the fraternity didn’t hold a party on the date cited by Jackie; the man named as the alleged attacker belonged to a different fraternity, and he says he never met Jackie; no member of the fraternity worked as a lifeguard, as Jackie claimed her attacker did; the fraternity doesn’t have a pledging or initiation process in Autumn, when the alleged attack was said to have occurred; a male friend of Jackie says she was not found in a bloody dress that night, nor did he or others try to dissuade her from reporting an assault. In the face of such revelations, Rolling Stone backtracked and apologised to its readers.

The unravelling of the Rolling Stone article is not an isolated event, nor simply the case of one journalist’s lapse in ethics. The New York Times has highlighted cases at colleges such as Columbia and Hobart and William Smith, among others, in a similar way to Rolling Stone’s latest, focusing on the accuser’s allegations at the expense of the full picture (an enterprising journalist might revisit these stories, too). But more importantly, the UVA story is the product of a fevered atmosphere whipped up by ‘rape culture’ campaigners, an atmosphere where advocacy and emotion override fact.

Central to the myth of a rape epidemic is a statistic: that one in five women are sexually assaulted on US campuses over four years. The survey from which this statistic derives has been thoroughly debunked by Christina Hoff Sommers and others, who note, in particular, that the survey was based on a small sample (two schools) and a definition of assault so broad as to include uninvited touching and kissing, which even most respondents did not think rose to the level of an attack. In fact, according to more reliable Department of Justice data, sexual assault has fallen by more than 50 per cent in recent years, to a rate of 1.1 per 1,000 women, with similar rates on and off campus.

This of course directly contradicts claims made by promoters of a supposed rape epidemic. Indeed, the one-in-five statistic should be dismissed outright as utterly fantastic. If accepted, it would mean that violent crimes like rape are many times more likely to be found among the children of the elite on bucolic campuses than among those in the most dangerous inner cities. Are we really to believe that women on Yale’s campus, based in New Haven, are raped at a rate of five per cent a year (according to campaigners, taking the one-in-five and dividing by four years), while in downtown New Haven the rate is 0.09 per cent (according to the FBI)? After the Rolling Stone fiasco, many are wondering how so many were willing to believe wild stories about gang rape. A better, less-asked question is: why do so many readily accept a bogus one-in-five statistic?

The White House has pushed the rape-epidemic notion, launching a campaign earlier this year called ‘It’s on us’, which seeks to combat sexual assault on campus. Before that, the Obama administration pressured colleges to introduce a parallel system of adjudication that bypasses the legal system. In 2011, the Department of Education warned that failure to act on sexual violence, including setting up rape tribunals, could be in violation of Title IX, an anti-discrimination law, and could be punished with a withdrawal of federal funding (even the richest private colleges receive such funding). These tribunals are effectively kangaroo courts, aimed to increase the likelihood of conviction: the standard is ‘preponderance of evidence’ (50.1 per cent likelihood) rather than ‘beyond a reasonable doubt’, and defendants are denied due-process rights, such as the right to review evidence, be represented by legal counsel and cross-examine witnesses. Those found guilty are expelled.

This government move has increased the number of accusations, as well as expulsions. But it has also led to a rise in lawsuits by expelled students claiming miscarriages of justice. Combined with government-demanded ‘training’ on sexual assault, this topic has become an obsession on campus.

The controversy over the Rolling Stone article can only be understood if placed in the context of this febrile climate on America’s campuses today. The search for a ‘rape culture’ infused this story, from its rise to its fall. Consider:

— Erdely was on a mission to write about campus rape culture, and that campaigning style of journalism is what ultimately led her to put agenda before fact. She was pointed to Jackie by Emily Renda, a UVA advocate for those who claim to be victims of sexual assault, and took Jackie at her word, without attempting to speak to the accused or carry out further investigation.

— But it was not just Erdely. Rolling Stone withheld judgment and didn’t feel the need to undertake basic fact-checking. Like Erdely, it initially found Jackie ‘credible’, and that was enough.

— Upon publication, the article was greeted as a major contribution to the discussion. Feminists hailed it as proof of how blatant sexual attacks are, and how insensitive universities are in response. Many others suspended critical faculties and, no matter how outlandish and unbelievable the details, fell for the story – mainly because media discussion has largely accepted the message from the ‘rape culture’ advocates about how fraternities and male students are hotbeds of sexual violence .

— When a few brave folk began to raise questions about Erdely’s story, they were denounced as ‘rape apologists’, ‘truthers’ and ‘idiots’. Such closeminded and defensive responses should have set off alarm bells widely, but didn’t.

The exposure of Erdely and Rolling Stone’s handiwork as a fraud should be a challenge to the rape-culture myth. But instead, proponents of the myth doubled down on it, and said that the debunking of the story should lead us to increase efforts to combat the supposed scourge of rape on campus. Mother Jones quickly warned: ‘Don’t let the Rolling Stone controversy distract you from the rape epidemic.’

Expressing very little if any concern for the reputations of the men and fraternities at UVA accused by Jackie, many expressed worry that the storm over Rolling Stone’s piece would be most damaging to future victims, who, they said, may not be ‘believed’. Zerlina Maxwell went as far as to say: ‘We should believe, as a matter of default, what an accuser says.’ This, of course, is exactly what Erdely did with Jackie, and exactly what led to the Rolling Stone debacle in the first place. We don’t know for sure how many false allegations are made – and maybe they are a small minority, as campaigners claim – but clearly they do exist. And unfortunately today’s defining down what is meant by assault, and the validation of victimhood, only encourages false accusations.

The call to ‘believe’ victims is reminiscent of Salem. It is not a question of naively ‘believing’ or ‘disbelieving’ those who claim to be victims of sexual assault; it is a matter of ascertaining fact. For the sake of justice, we need to be sceptical of those who make allegations, and provide the accused with due process. In contrast, supporters of the rape-culture myth interpret any search for truth as a betrayal of the accuser, which is a truly medieval approach.

Ironically, those who promote the idea that rape is everywhere do not take rape seriously enough. They ignore that an accusation of rape is a very serious charge, which requires fact (indeed, questioning of the accuser shows that it is being taken seriously). They seek to have the alleged perpetrators kicked off campus, but, if they really are guilty of such a heinous crime, they should be sent away to prison and thus prevented from harming others. And they overlook how expulsion from college for reasons of rape can ruin someone’s reputation and career.

Feminist activists are not the only ones who are doubling down in the aftermath of the Rolling Stone mess: so, too, are the administrators. In response to the article’s initial publication, UVA president Teresa Sullivan referred to sexual violence on campus as an ‘evil’, and banned activities by all fraternities (talk about collective guilt). And now that the story has collapsed… UVA is still continuing on the same path of bureaucratic review, and there has been no sign of lifting the outrageous ban on fraternities.

As these responses show, the ‘rape epidemic’ has become an article of faith. Even the revelation of flimsy or no evidence in particular cases is not enough to shake this dogma. The entire claim of a rape culture needs to be exposed as being just as fictitious as the UVA gang-rape story.