The question no one can answer: What does it mean to be British? 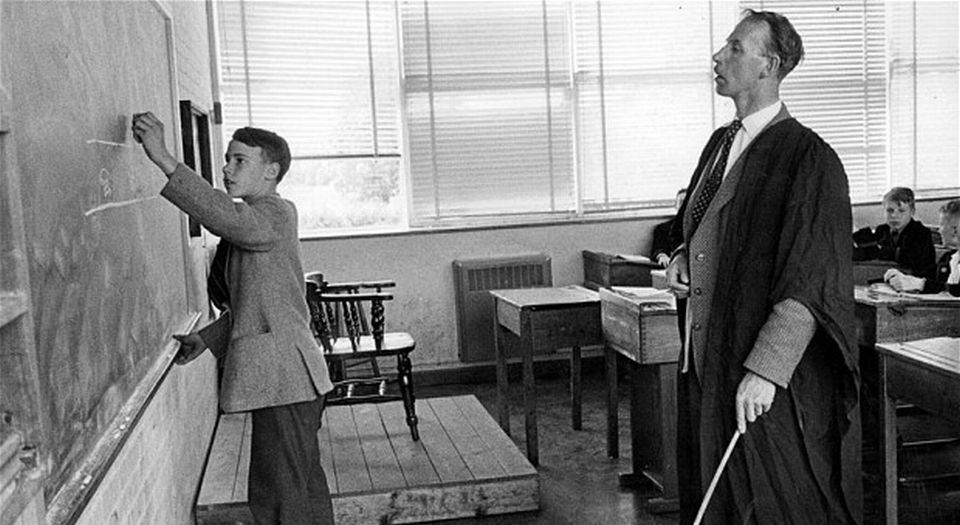 The UK coalition government has issued guidance to schools about the need to promote what it calls ‘fundamental British values’. Unfortunately, however, it provides little guidance as to the ideals that might make up these values. In effect, the government’s guidance rebrands the abstract principles associated with liberal democracy as specifically British values, arguing that schools should ‘promote the fundamental British values of democracy, the rule of law, individual liberty, and mutual respect and tolerance of those with different faiths and beliefs’. This formal affirmation of liberal democracy does little to answer the question that confronts British society today, which is: ‘What does it mean to be British?’

The purpose of the guidance is not so much to promote British values to all pupils as to counter the influence of radical Islam on a certain section of the school population. This aim is communicated through statements such as: ‘It is expected that pupils should understand that while different people may hold different views about what is “right” and “wrong”, all people living in England are subject to its law.’ Concerns about the Islamic takeover of some schools has put the government on the defensive, to the point where it needs to remind schools that ‘attempts to promote systems that undermine fundamental British values would be completely at odds with schools’ duty’. So the aim of the guidance is really to contain views that are hostile to Britain rather than to outline a strategy for celebrating Britishness. This point is echoed in the assertion that ‘actively promoting [British] values means challenging opinions or behaviours in school that are contrary to fundamental British values’.

Anyone who reads this guidance will surely be struck by its shallow content and its defensive tone. That the government needs to remind schools maintained by the public purse that they ‘should not teach anything that undermines’ the rule of ‘English civil and criminal law’ suggests that it is less than certain about the loyalty of some of its own institutions. Inadvertently, the guidance exposes the government’s own lack of confidence in the ‘fundamental values’ it presumes to promote.

Since the outbreak of the so-called war on terror, a succession of British governments has been preoccupied with the question of how to promote national values. This question haunted New Labour prime minister Tony Blair. Forced to recognise that Britain was not winning the battle of ideas, in 2006 he called for the promotion of national values. He answered the question of ‘Why are we not yet succeeding in the values battle?’ by arguing that ‘We are not being bold enough, consistent enough, thorough enough, in fighting for the values we believe in’. Yet it was far from evident whether the ‘values we believe in’ outlined by Blair carried any real conviction or meaning. Blair’s values turned out to be a list of fashionable global causes. Support for development in Africa, peace in the Middle East, fair migration, dealing with climate change, creating international institutions ‘fit for task’ — these were all put forward as examples of British values.

Over the past decade, every attempt to initiate a debate about British values has only exposed the absence of such values. Sir Ian Blair, the former Metropolitan Police commissioner, argued that the ‘war on terror’ was very much linked to a ‘war of ideas’. He declared: ‘I therefore absolutely back the United Kingdom government’s intent to build a clear narrative of “Britishness”, based on values of tolerance, fairness, inclusivity and respect for the traditions and faith of others.’ Note the words ‘intent to build’. This was a narrative that was clearly still being worked on, and which still is, judging by the guidance now being issued to schools.

Back in 2006, the then UK chancellor of the exchequer, Gordon Brown, announced plans for a British Day, to ‘focus on things that bring us together’. However, spelling out what binds British society together proved to be far too challenging a task, and the Labour government quietly dropped the idea in October 2008. The Labour government’s quiet retreat on this issue represented an acknowledgement that national traditions that might inspire the public cannot be invented in committee meetings or through consultations with ‘stakeholders’. If society itself is unsure of what it stands for, it’s not surprising that schools lack the ability to talk about the soul of Britain.

Confusion about what binds a community together took on a caricatured form in 2008, when the Labour government’s plan to publish a national songbook for primary-school children was quietly dropped. The government had wanted to publish a collection of 30 songs that every 11-year-old should know, but the idea was rejected as too divisive. Gareth Malone, a leading figure in Sing Up, the organisation charged with realising the songbook project, said experts could not agree on which songs to include. He described the songbook debate as a ‘hot potato, culturally’, adding ‘you have to be realistic’ and you ‘can’t be too culturally imperialist about it’. In the end, officials chose to evade the controversy that publishing a common songbook would have stirred up, and opted instead to establish a ‘song bank’ of 600 songs.

The answer to the question ‘What does it mean to be British?’ has proven to be an elusive one. When the prime minister David Cameron recently announced that ‘Britishness’ would be taught in schools, Tristram Hunt, Labour’s shadow secretary for education, agreed that it was a good idea and said it is possible to ‘generate a sense of national understanding’ through the teaching of such subjects as history, citizenship and religious education. Possibly. But if the current guidance to schools is anything to go by, it seems the lessons on British values are likely to be very short indeed.

The call to teach British values is really a rhetorical exercise in bombast. In any case, the focus on the classroom is misguided. If grown-up society itself is unclear about what it means to be British, what is it going to teach in schools? The question of what binds society together is in the first instance an issue that requires debate and clarification among grown-ups. And values don’t really need to be taught if they are actually integral to a society’s everyday life. But if they are not lived values, then they will fail to have meaning for children and adults alike. Which is why public life needs to become more hospitable to the debating of ideas, and to an intellectual clash over what values are essential to the constitution of a good society.