Democracy is dying. Here’s how to revive it 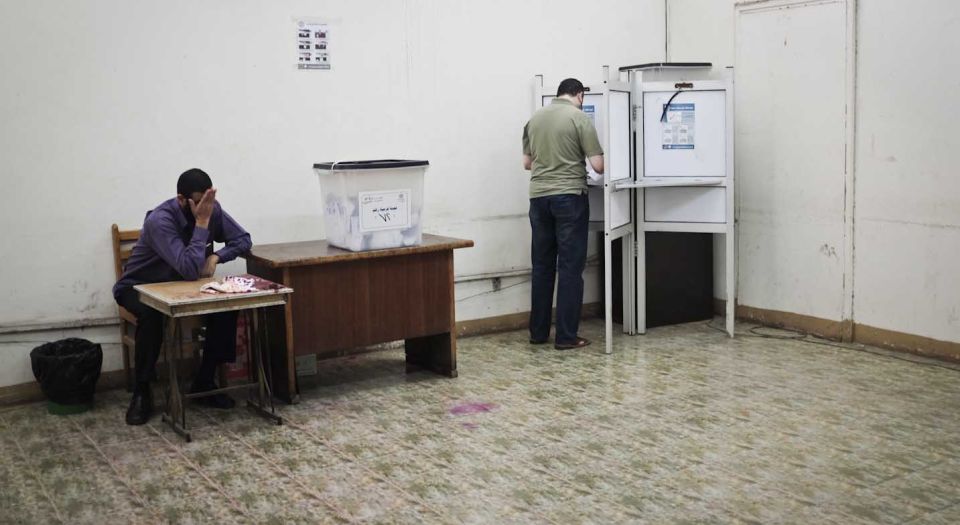 On 20 October, Brendan O’Neill spoke in the debate ‘Should we fear democracy?’ at the Battle of Ideas in London. Here is an edited version of his opening comments.

I think the problem we face today is that we are all technically enfranchised but politically disenfranchised. What I mean by that is that in the West, we all have the vote, we all have that slip of paper on which we put our cross once every three or four years – but we aren’t given anything of substance to vote on. We aren’t given any meaningful or important choices to make. In fact, all the big political ideas have been taken off the table.

I think that all too often the crisis of democracy is treated as a technical thing or a problem of attitudes. So it’s treated as a problem of apathy among the public, or a failure to connect with the public among the political class. As a result, people think democracy can be revived with technical fixes: they talk about putting voting booths in supermarkets, or educating the elite about how to speak to us more clearly or more passionately. But the crisis of democracy isn’t a technical thing at all; it’s a political thing. It’s a problem of substance. It’s a dearth of political ideas. It’s this lack of substance that underpins the crisis of democracy. So anyone with genuine democratising zeal really just needs to ask himself one question, which is this: ‘How do we expand the issues that are being talked about?’ That is the only way, I think, to resuscitate democracy.

The most curious thing about the era we live in is that the democratic franchise is expanding while the content of democracy is shrinking. So the right to vote is spreading while the issues we are asked to vote on are becoming narrower and narrower. In fact, we live in an era of frantic enfranchisement – the political class wants to give the vote to pretty much everyone. There’s a serious discussion going on in the Labour Party about whether to give the vote to 16-year-olds, which, to my mind, would utterly infantilise the democratic process. Of course, 16-year-olds had the vote in the Scottish referendum, which I think is a sign of things to come. Some want to give the vote to prisoners. Some Brussels bureaucrats are obsessed with giving the vote to prisoners. Some leftists also think it would be a great idea to let prisoners vote. These people really should brush up on the arguments of the Chartists, those great democrats, who recognised that allowing prisoners to vote would make a mockery of democracy.

When political agitators aren’t trying to expand the franchise to more constituencies, they’re insisting that it should be made easier for those who already have the right to vote to exercise that right. So there’s all this talk about polling booths in supermarkets. Some say they should should send people to our homes on election day, knocking on the door and saying: ‘Fill in this ballot paper and we’ll take it back for you.’ They’re so desperate for the franchise to be used, they’re so desperate for our vote, that they will come to our shops or our doors begging for our voting slips.

The curious thing is that alongside the desperate spreading of the right to vote, and the spreading of the ability to vote, we’ve witnessed a real shrivelling of what we are asked to vote on. On ballot papers today there are no major choices, no real ideas, no clashing visions. The choice is no longer an ideological or political one; it is merely a choice between alternative forms of economic management, between mildly differing views about how the deficit should be dealt with, or what the exact cap on immigration should be. Even in the case of the Scottish referendum we could see this happening. This seemed like a big vote, it seemed that the future of the union, the future of the nation, the history of Britain itself was up for grabs. But even here the choices presented to the public were tiny. The debate became about what would happen to the NHS in an independent Scotland, or would Scots be £400 better off or £400 worse off in an independent Scotland? Even this vote, which seemed big, was reduced to tiny management issues, primarily over the welfare state. Big questions of nation and democracy were almost shuffled off the stage.

So why is there frantic enfranchisement alongside a hollowing out of democracy? I think it’s because democracy has become a self-preservation racket for the political class. We live under political oligarchies, under elites that look and sound and behave increasingly like oligarchies. They feel the need to fortify themselves with votes. So the democratic process is no longer about throwing open the future of the nation for us to decide on. It is about the elite trawling for crosses on pieces of paper to shore up their frail political legitimacy. They don’t care where these crosses come from; they don’t care if they come from stupid teenagers who don’t know their arses from their elbows; they don’t care if they come from people in prison for rape and burglary; they don’t care if they come from people walking around Asda who are pressured to vote while they’re there. They don’t care where they come from because they feel so alienated and so illegitimate that they desperately need votes from somewhere. So, the political class’s spread of the franchise really speaks to their isolation and their desperation, not to any serious democratic zeal. We have to ask ourselves: what does the right to vote mean when there is so little to vote on? If democracy has become a tool for propping up the oligarchy, what does voting mean in that situation?

Finally, it may be that things are even worse than I have just laid out. It may be that what the elite refers to as democracy today is in fact its very opposite. Because we now live under a political class which thinks its job is not to represent the public but to reshape us, to reprimand us. They talk all the time about nudging us, reshaping our attitudes, reshaping our lifestyles, policing our behaviour, changing how we act – this is what Labour calls the ‘politics of behaviour’. We now live under a political class which believes that democracy is about reshaping the public around the prejudices of the elite, which is the exact opposite of what democracy actually is: the shaping of the political sphere around the passions and feelings of the public.

We face a serious crisis of democracy at the moment, and the solutions offered by those who opt out of democracy aren’t helping – the Occupy movement and leftie populists and others, who often simply parrot in more colourful language the mainstream’s view that there is no real alternative to what we have today, nothing bigger and better than the societies we currently live in, no point trying to make a wealthier, more progressive society since that would only ‘destroy the planet’, and therefore let’s all just be cynical and down about everything. These people speak to the very dearth of ideas and vision that emptied democracy of its power and purpose in the first place. The crisis of democracy isn’t a technical issue, or a problem of apathy, or even, strictly speaking, a problem of the aloofness of the political class. It’s a problem of content, of ideas, of expansive thinking – let’s breathe life back into those things.

This is an edited version of a speech given by Brendan O’Neill at the Battle of Ideas in London on 20 October 2014.