Don’t blame judges for the decline of democracy

It’s not just bureaucrats who are suspicious of the demos. 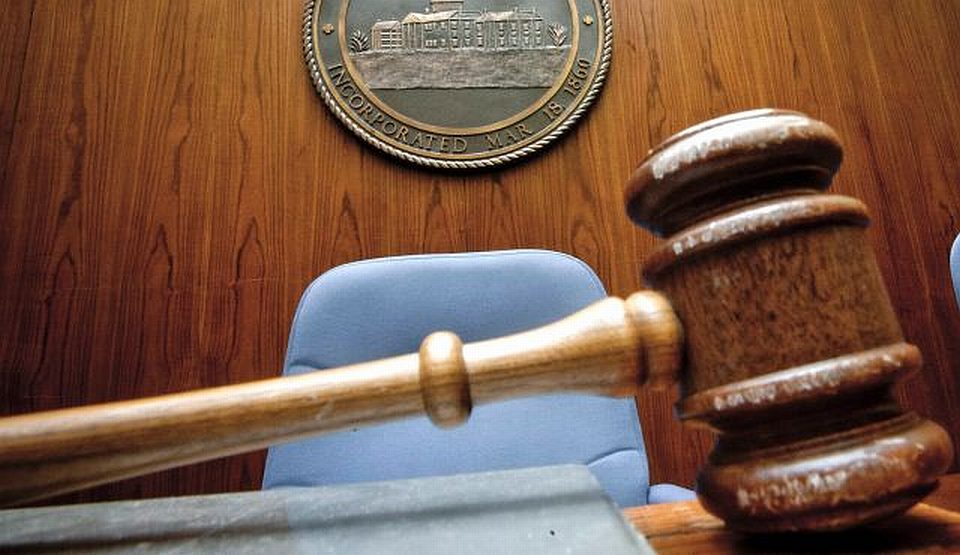 What is democracy? In Professor James Allan’s new book, Democracy in Decline, the answer is simple: it’s about letting the numbers count. It is, he says, a morally thin procedural device about how decisions are made. Allan contrasts his definition of democracy with the modern view that democracy ‘is now a much more morally laden, morally pregnant, fatter term’, which means that a state can only call itself a democracy if it safeguards ‘particular substantive outcomes’. In other words, a twenty-first-century democracy must put some limits on the scope of democratic decision-making, usually by requiring judges to respect a widely drafted notion of rights.

Having defined what he means by ‘democracy’, Allan – a law professor at Queensland University, Australia – charts how democracy in five Anglo-American countries (the US, the UK, Canada, Australia and New Zealand) is in decline. It’s in decline in the sense that an increasing range of issues are now put beyond a letting-the-numbers-count decision-making process. Democracy in Decline describes, with relentless drive, how democratic decision-making increasingly yields to the will of judges (domestic and international) and an assortment of other elite bureaucrats.

Central to Allan’s argument is the role that rights-respecting laws now play in his five Anglo-American democracies. Three of them have adopted bills of rights in the last 30-or-so years: Canada in 1982, New Zealand in 1990, and the UK in 2000. And ‘in all three of these countries, the new bills of rights were taken by the judges to be licensing them to have more say in social policy’. In one case decided by the UK’s highest court, the judges expressly stated that the Human Rights Act gave them the power to interpret legislation in a way that ‘departs from the intention of the elected parliament’ (see the case of Ghaidan, 2004). With these bills of rights, the judicial activism that was hitherto confined to American judges has filtered out to Canada, New Zealand and the UK.

Australia doesn’t have a national bill of rights, but democracy Down Under has still suffered from elite rights-respecting interventions. For example, a parliamentary committee on human rights is currently seeking to stop government changes to the Migration Act on the grounds these changes would violate Australia’s international human-rights law.

Allan cites an example from the US that highlights the undemocratic role of supranational organisations. In 2010, the Obama administration submitted America’s first-ever report to the UN High Commissioner for Human Rights. Previous administrations had defended America’s national sovereignty by declining to give this supranational organisation the right to pass comment on US policy. The Obama report apologised to the UN High Commissioner for an immigration law passed, with much popular support, in Arizona. Allan points out that ‘a key purpose of making such a report is to acknowledge, if only implicitly and sotto voce, that this UN High Commissioner and the unelected bureaucracy under him have some legitimate say and influence over’ a democratic issue of public policy.

Allan’s thesis that democracy is in decline is compelling. Yet by locating the cause of decline in individuals rather than ideas, the second part of his book becomes less satisfying. Allan argues that in the United States democracy’s decline is ‘overwhelmingly being driven by the judges’; in other countries ‘one of the big causes of democratic decline is our unelected judges’; and in his concluding chapter, he claims that ‘most of the blame for that declining trend in our five countries can be laid at the feet of our top judges’ and of other various elite groups, ‘often including lawyers’ bodies, top public servants, academics, those in NGOs, the mainstream media, and of course the top judges’.

Holding these individuals and groups, particularly top judges, responsible for the cause of democracy’s decline is difficult to square with reality. After all, it was not the judges in Canada, New Zealand and the UK who seized new powers for themselves; rather, it was the parliaments in these three democracies that passed laws giving judges new human-rights laws. In Australia it is a parliamentary committee that is currently relying on international human-rights laws as a means of halting legislative reform. And in the US, the Obama administration chose to submit a report to a United Nations human-rights committee.

Throughout the Western world, it is elected politicians who have ceded power to lawyers and bureaucrats. And they have done so willingly. There has been no land grab by top judges and other elite groups, as Allan claims. What Allan describes as the cause of democratic decline is merely a symptom of it.

The problem stems from the answer Allan gives to the question: what is democracy? Democracy is not simply about letting the numbers count. It is not a morally thin procedural device about how a government is chosen. A government that institutionalised the oppression of a particular race or sex or that curtailed free speech, a free press and freedom of association could not describe itself as democratic. Democracy is premised on, first, the political equality of all its citizens and, secondly, on the citizens’ right to listen, think, argue and organise for themselves. Or, to put it another way, democracy is a political concept that gives organisational form to a particular view of human nature. A democrat necessarily sees man as essentially good and susceptible to reason. What good government needs is to give its citizens an equal and unqualified right to listen, think, argue and organise. Letting the numbers count matters but only because it is the end product of a political process.

This political concept of democracy is radically different from the morally pregnant view of democracy that Allan insightfully criticises. The twenty-first-century concept of a managed democracy is premised on the view that humanity is misanthropic. Allan is right to rail against those who believe that left to their own devices the majority will tyrannise the minority, the strong will oppress the weak and the rich will exploit the poor. It is this misanthropic view of human nature that today’s elites subscribe to that necessarily results in the judicial and elite management of democracy. At the heart of every rights-respecting lawyer and elite bureaucrat is a contempt for mankind that results in the desire to impose rights-respecting limits on the body politic.

Allan begins and ends his book by quoting Churchill’s view that democracy is the worst form of government going, except for every other one so far tried. Allan states that his attachment to democracy is pragmatic rather than enthusiastic: ‘Mine is very much a least-bad endorsement, not a “this is wonderful and perfect” endorsement of democracy’.

Thinkers from the right, before and after Churchill, have struggled to celebrate a view of humanity that would enable them to celebrate democracy on principle. It is thinkers from the left who have traditionally championed democracy. Thomas Paine, an English radical who wrote Rights of Man in defence of the French Revolution of 1789, saw democracy as the natural order of government and as a ‘system of principles as universal as truth and the existence of man, and combining moral with political happiness and national prosperity’. A democracy, Paine argued, would ‘call forth the wisdom and abilities’ of man. He concluded Rights of Man with a stinging rebuke of aristocratic government that could equally be targeted at today’s advocates of managed democracy: ‘instead of seeking to reform the individual, the wisdom of a Nation should apply itself to reform the system.’

There was nothing morally thin or pragmatic about Paine’s embrace of democracy. Paine never saw democracy as the worst form of government except for all the others. Today’s ‘left’ has long since abandoned Paine’s passionate embrace of democracy. In recent years, left and right have gravitated towards a view that man is misanthropic and hence that democracy, although better than all other forms of government, needs to be managed, particularly by judges who can use the force of law to restrain democracy’s reach.

Allan views himself as being on the political right, more in Churchill’s tradition than Paine’s. But whatever his political antecedents, he does not articulate a view of humanity that is capable of celebrating democracy. So while he perceptively criticises the modern-day elites who wish to fetter democracy, he is unable to explain this development as stemming from the elite’s view that humanity is misanthropic. It is necessary to subscribe to Paine’s view that man is fundamentally good in order to have a benchmark from which to understand and critique the notion that man is so flawed as to require a managed democracy.

Democracy is not in decline because of the actions of any judges, lawyers, top public servants, academics, those in NGOs, or members of the mainstream media. Democracy is in decline because the ideas necessary to celebrate democracy are in decline. Allan’s book is brilliant at describing how democracy is in decline. But in order to explain why this decline has come about, it is necessary to have a political view of humanity that sees democracy as not just good by default but as a system that is necessarily better than all the others. Today’s left gives democracy one insipid cheer; the right tends to give it two (with varying degrees of enthusiasm). Yet to halt democracy’s decline, it is necessary to give it three whole-hearted cheers.

Democracy in Decline: Steps in the Wrong Direction, by James Allan, is published by McGill-Queen’s University Press. (Order this book from Amazon(UK).)