Interstellar: shining a light on our low horizons

Christopher Nolan's flawed space epic is both a challenge to Hollywood and our modernity-loathing age. 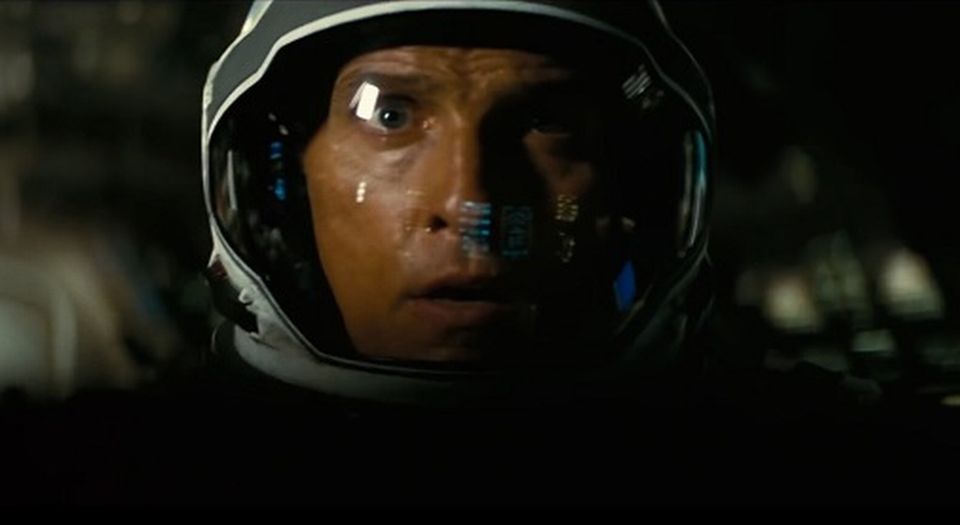 In the world of cinema, as in so many other corners of modern life, small is supposedly beautiful. Nowadays, scale, spectacle and grandiloquence are more unfashionable than ever. The multi-million blockbuster has come to be seen as tacky, hackneyed, and, above all, expensive. Of the last five films to win the top gong at the Oscars, all but one were made for under $25million – the sort of money a Michael Bay flick wipes its arse with.

While blockbuster budgets continue to rise, studio execs, reeling from the effects of online piracy, will only put the big money behind the dead certs – which, today, means any half-cocked script with a honking great franchise attached to it. Hollywood has become a model of Keynesian futility – blindly chucking money into the machine in the hope it might spring back to life.

But does big-budget always mean bad? The figures would suggest so. With some noble exceptions, the list of the most expensive films of all time (adjusted for inflation) reads like a Bank Holiday ITV2 schedule from hell.

Still, all cinephiles harbour a taste, I think, for the big, the brash and the Bruce Willis. It harks back to one’s first experiences of the cinema – dropped off at your local multiplex so your parents can have a few hours off, catching the latest Will Smith vehicle and marvelling at the sheer spectacle of it all.

But as you get older – and realise, in my case, that Independence Day wasn’t the transcendent cinematic experience I thought it was – blockbuster thrills are harder and harder to come by. You’re more cynical, it’s harder to wow you, and, let’s face it, the standards have been dropping – perhaps even since the less-than-seminal Big Willie days.

That’s why Christopher Nolan is such a rarity. From Memento to The Prestige to his beloved Batman series and his mind-bending opus, Inception, he’s singlehandedly brought back the auteur blockbuster. His are films with big ideas, big action and big budgets, which you needn’t be a kid or a kidult to enjoy.

His latest, Interstellar, concerns itself with the future of the human race, no less. Set in a not-too-distant future where overpopulation and crop blight have brought humanity to the edge of pre-modernity, it’s a film that springs very much from the low horizons of our times: society has become obsessed with mere subsistence and has conscripted the masses into farming the land.

Cooper (a brooding Matthew McConaughey) is a man ‘born either 40 years too late or 40 years too early’. He’s a widower, a former astronaut, and an engineer who, before the crop blight, was one of the last to fly a NASA spacecraft. He’s disgusted by the philistinism and cautiousness of modern human society, in which everyone is forced to put up with their increasingly diminishing lot. Through Cooper we’re given a baldly off-message picture of a back-to-the-land dystopia; blighted by dust storms and impending famine, the world Nolan paints is one in which the eco-dream of rolling back human development has resulted in penury and ignorance. Even the moon landing has been branded a fake in the history books – it was all an exercise, one character tells us, in Cold War propaganda.

By a twist of fate and a kink of gravity, Cooper and his inquisitive daughter Murph (Mackenzie Foy) stumble across a NASA-run bunker. With echoes of today’s discussions about the supposed vanity and waste of space travel in times of economic and environmental strife, the space agency has been officially decommissioned by the government. However, a small team of scientists, led by wizened physicist Professor Grant (Michael Caine), have been commissioned to work on a secret plan to escape our dying earth. A wormhole has miraculously appeared in the solar system and Cooper is the only man left with the experience and the chutzpah to lead the mission through it in a last-ditch attempt to find a new home beyond our galaxy.

But from ‘ignition’ on, Interstellar ditches the big questions surrounding progress, human endeavour and our innate need to reach beyond our earthly circumstances in favour of something simpler and sentimental. It becomes a story about relationships set against a celestial backdrop.

Nolan recruited theoretical physicist Kip Thorne to advise on the film’s scientific elements. He even borrowed from Thorne’s equations to create the film’s eye-popping rendering of a black hole, making Interstellar, quite possibly, the most realist sci-fi flick ever made. But too often, the grandeur of the extraterrestrial setting is lost in a sea of schmaltz.

Since Kubrick’s 2001, sci-fi cinema has provided a stage on which the mind-bending possibilities of life beyond the atmosphere can come to bear on human philosophy – probing the questions of who we are and where we are going. As was beautifully evoked by Alfonso Cuarón’s Gravity last year, being confronted with something as simple as the sheer loneliness of the Big Black, the image of a lone spaceman drifting helplessly out into space, can rattle us to our core.

There are points at which Interstellar begins to mine these rich possibilities. Time itself is the real villain of the piece, and as Cooper and his team set down on new planets – in which time passes far more slowly than on Earth and a lost hour can cost you decades – the sheer existential implications of something as familiar to us as the theory of relativity is brought into sharp, tear-wrenching focus.

But the unifying theory of Interstellar is one of love, something which, as Anne Hathaway’s Amelia Brand opines at one point, can truly transcend time and space. Nolan tries to inject some substance by grounding the film in the prosaic. The big questions dangle as a simple story of familial love, loss and redemption unfurls.

That might be something if we were given believable beings to begin with. But the interminable plot, shuddering along to a bowel-rupturing Hans Zimmer score, means the film spends more time on exposition than meaningful character study.

But despite its flaws and its near-three-hour bloat, Interstellar remains a shining example of the possibilities of the high-concept blockbuster. Costing almost a million dollars per run-time minute, it’s a film that tries – but ultimately fails – to collide a big budget with big ideas; a flawed but admirable challenge to the low horizons of Hollywood as well as of our modern, space-fearing age. While Interstellar may not get to grips with the possibilities of its story, it shines a light on a society that is wary of writing the next chapter of its own.

Watch the trailer for Interstellar: