Dead Ed is no more disconnected or 'odd' than the party he leads. 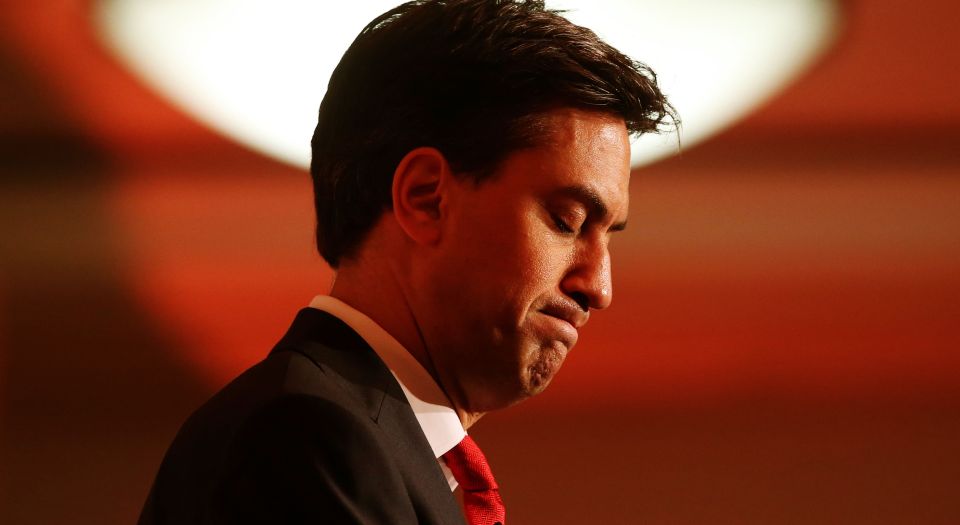 And so here we are again, looking on as assorted Labour MPs and an alleged 20 shadow ministers brief, plot and conspire against the party leader, Ed Miliband. Much like the abortive coup of 2009 against Labour leader and UK prime minister Gordon Brown, when work and pensions secretary James ‘who?’ Purnell resigned and called on Brown to do likewise, no challenger to Miliband has actually emerged. But that hasn’t stopped the rumblings of anti-Miliband discontent.

What’s odd about this farcical spectacle is not simply the claim that Alan Johnson, a one-time New Labour minister with all the popular appeal of asbestos, is the man to save Labour’s long out-of-date bacon. It’s the question of why this internal anti-Miliband bitchfest is gathering pace now? After all, it’s not as if Miliband has been especially incompetent recently. In fact, he is pretty much as awkward and as uninspiring as he ever was. He still issues consultant-crafted ‘messages’ rather than speaks; he still propounds policies seemingly unrelated to any grander vision of a better life; and his default interaction setting is still stuck at ‘odd’. Miliband is not any more unelectable now than he was four years ago, when he gurned his way to victory over his brother David in the Labour leadership contest.

Still, Labour’s response to its electoral travails is telling. Confronted by their party’s inability to garner popular support, its failure to capitalise on the struggles of a coalition government managing a decrepit economy, its utter cluelessness when it comes to offering a viable alternative to the impoverished politics on offer from the Lib Dems and the Tories, many Labour MPs and ministers have indulged in a collective form of psychological displacement. That is, flailing in desperation, they have decided to blame it all on Ed. All their frustrations, all their grievances, all their hissy-fitting anger has been directed at Miliband the Useless. It’s all his fault: if only he wasn’t so stilted, if only he wasn’t so speech impeded, if only he didn’t find eating a sandwich so bloody difficult, runs the thinking, then surely we’d be on the brink of electoral victory, rather than looking over our shoulders at Nigel Farage and UKIP.

This is what all this pointless coup-making boils down to: a massive case of displacement, of blaming all of Labour’s problems on the figure of Ed Miliband. Listen to the anonymous briefing of one of the Labour conspirators. ‘There is a significant number of frontbenchers who are concerned about Ed’s leadership – or lack of leadership – and would be ready to support someone who is a viable candidate’, says one. Or read the Labourite-but-Miliband-sceptic journalists: one writes of putting an end to ‘the broken, barren, benighted years of Milibandism’; another writes of how Miliband ‘doesn’t really understand the lower middle class or material aspiration. He doesn’t understand Essex Man or Woman. Politics for him must seem at times like an extended PPE seminar: elevated talk about political economy and the good society.’ More strikingly, David Lammy, a Labour MP whose star has long since stopped rising, gave an interview to the Huffington Post in which he talked about Labour’s failures since 2010, and steadfastly refused to endorse Ed Miliband. This from someone who wants to stand as Labour’s candidate for London mayor.

Over and over again, we can see and listen to Labour MPs, ex-ministers, and even some current shadow ministers, albeit from the comfort of the anonymous briefing, presenting Labour’s problems almost entirely in terms of Labour’s leader. He is too ‘London-centric’, claims one MP; he is too pragmatic, claims another. Or as one commentator puts it: ‘He is simply not up to the job of being prime minister.’

The absence of loyalty, of fidelity to the party as a collective enterprise, is staggering. But it’s hardly surprising. Labour, as bereft of social roots as it is of an idea of the good life, is now little more than a shell, a brand name in want of a product. There is nothing really to be loyal to – no overarching project, no social ambition, no big, soul-swelling political principle. There is only a political career, and the threat of its cessation at the next election. And that is part of the problem with blaming everything on Ed. It means this collection of party-political desperados can avoid facing up to the real problem, which is that of Labour itself; its political raison d’etre, its future, its point.