The terrifying censoriousness of the campaign against Dapper Laughs. 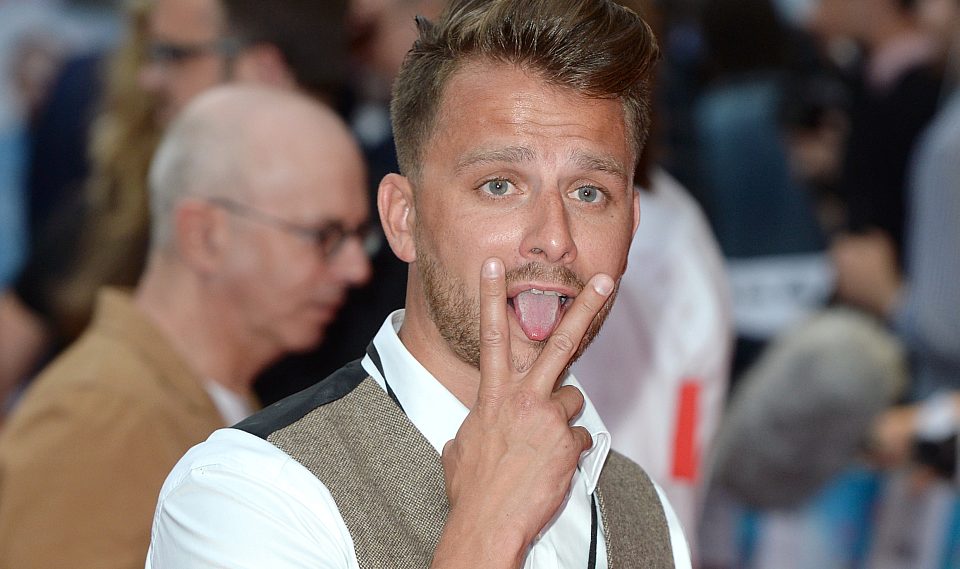 For an insight into the new intolerance, into the modern illiberal urge to harry and squash and ultimately kill any idea that dares to offend us, look no further than the fury over Dapper Laughs. Yes, I’m sorry that it’s a perma-tanned geezer comedian with a foul mouth and not many good jokes that we have to defend from the pitchfork brigade these days, rather than, say, a Thomas Paine or a Galileo or someone else with something insightful and daring to tell us and who the authorities want to silence. But that’s life. In the second decade of the twenty-first century, intolerance tends to aim its ire at the laddish rather than the laudable, at those whose words are judged to be hateful rather than those whose thoughts are said to threaten the moral order, and in recent weeks no one has felt the heat of the intolerants’ torches as much as Dapper Laughs has.

For those of you who don’t know who Dapper is, here’s the lowdown: his real name is Daniel O’Reilly and he’s a comedian from South London who made it big via social media (Vine, Facebook) before being offered his own show – a guide to pulling – on ITV2. His humour is a bit juvenile. It’s laddish. He describes women as being ‘proper moist’ (ie. ready for sex, especially with him, because he is so irresistible) and his advice on how to ‘pull birds’ consists of the kind of thing teenage boys who have never got past first base say to each other in the sixth-form common room. He’s like a real-life version of Jay from The Inbetweeners, minus the secret sweetness. And for this, for being a Seventies-style vulgarian, he has found himself thoroughly demonised in the broadsheet press, banned from university campuses, and the object of an increasingly unhinged Change.org and Twitter campaign to have him permanently expelled from TV-land. Strewth. Yet even as he quakes in his boots and issues sober apologies to those he has offended – as he sadly did last week – he should at least be grateful that he was born in this era of Twittermobs rather than yesteryear’s time of real mobs: 500 years ago, he’d be dead by now.

The Dapper-bashing crusade started in the respectable media. Mr Laughs was accused of contributing to ‘rape culture’, that ill-defined, jumped-up climate of wickedness that some people are convinced has modern Britain in its stranglehold (in exactly the same way that pious old women with blue rinses once thought that evil had Blighty and other Western nations in its grip). Commentators all agree that Dapper’s crude comedy has no place on TV. His ‘unpleasant sexism dressed up as banter’, as one columnist calls it, must be ‘pulled from the air’, says Britain’s mislabelled liberal newspaper the Independent. ITV is ‘wasting airtime on misogynistic material’, we’re told, and instead of providing a platform for Dapper it should ‘[give] a platform to men who respect women and treat them equally’. How about we just institute a system whereby everyone who wants to appear on the box, or in any other public forum, is first asked: ‘Are you now or have you ever been a sexist?’ That should help cleanse culture of those deemed by the right-thinking sections of British society to be morally undesirable (the kind of right-thinkers who yesterday probably celebrated the fall of the Berlin Wall and the end of the tyrannical Stasi’s lust for policing artists and journalists – oh the irony, it burns).

The anti-Dapper mob believes his comedy could cause actual violence in society. And you thought the highly questionable media-effects theories of the Seventies and Eighties that were used to ban horror films and saucy magazines had been laid to rest. Sadly not. They’ve been given a pseudo-progressive makeover and brought back to life. The comedians’ magazine Chortle – funny name, not-so-funny content – described Dapper’s show as a ‘rapist’s almanac’, claiming that while the ‘production team’ for his programme haven’t exactly ‘told people how to come equipped with rope or chloroform’, they have ‘contributed to a prevalent predatory culture that reduces women to nothing more than a piece of cunt’. Wow. So a not-very-widely watched show on ITV2 is physically endangering women. When Mary Whitehouse once made precisely, 100 per cent the same argument – though she had the decency not to use the c-word in her claims that culture makes men into Godless women-violators or unhinged homos – comedians mocked her, no doubt including some of the very same tossers who now write for Chortle. Yet now they parrot her misanthropic, censorious conservatism and have the gall to call it radicalism. The New Statesman told its readers ‘you should be worried about Dapper Laughs’ because he is ‘normalising sexual harassment’. ITV2 monkey see, ITV2 monkey do.

Why are these observers so freaked out by Dapper? It’s because of who follows him online and now watches him on TV. Whisper it: Them, young working-class men, who apparently lack the capacity to reason that is enjoyed by the better-educated, middle-class moaners that staff our post-liberal press. The commentary on Dapper Laughs positively drips with contempt for these hordes. A writer for the Independent says Dapper could inflame those men who drive ‘Transit vans’, or who work as car mechanics, or ‘group[s] of men loitering outside a pub’ who see every woman as a ‘potential wank fantasy’. Hmm. I wonder who she means? Men who work with their hands and like a drink? Can’t think who she’s talking about. That donut at Chortle – one of the sad new breed of men who tries to impress women by being a feministic self-loathing male! – describes Dapper’s young, working-class laddish followers as ‘the unenlightened, the confused, the intellectually frightened… a people shovelling themselves into the excrement of history’. How disgusting. How dehumanising. In railing against Dapper’s bigotry, the chattering class reveals its own: Dapper might be down on women, but they are far more down on the uncouth, horny-handed sons of suburbia and the inner cities.

Vice, the potty-mouthed bible of Shoreditch shitheads and other hip nihilists in ironic beards, says Dapper hails from and speaks to a ‘universe where Jodie Marsh is better known than Cate Blanchett… a universe that Vagenda [a feminist campaign group] seeks to destroy… surburban white men with hairstyles and tattoos… douchebags, basically’. What a fascinating lack of self-awareness there is among these commentators who in one mouthful spit out blood against Dapper’s hatefulness and in the very next mouthful spew up their own contempt for a section of society they would rather was never seen, heard or allowed to have a laugh: Transit van men, the frightened, suburbia people, men outside pubs who don’t know who Cate Blanchett is – what used to be known as the great unwashed. Perhaps these people are angry at Dapper for failing to do what they do so very well: doll up his disgust for certain sections of humanity in progressive-sounding lingo.

It is striking that the ironically censorious countercultural Vice should openly talk about Vagenda wanting to ‘destroy’ a section of society (the working-class male section) – for that is ultimately the aim of the anti-Dapper crusade: to silence certain ways of speaking and laughter, to destroy ‘lad culture’. So the students’ union at Cardiff University has banned Dapper from its campus on the grounds that he goes against its ‘anti-lad culture policy’, its mission to ‘end lad culture’. It is genuinely shocking that people want to stamp out a whole culture, Stasi-style. An online petition calling on ITV2 to ditch Dapper currently has more than 60,000 signatures. It’s given rise to a popular Twitter hashtag – #canceldapper – which thousands of people have used to express their disgust at the airing of this ‘stone age’ show and to call for its immediate banning. Some have even tweeted ‘death to Dapper’. In the climate of hate and bile whipped up against this funnyman and his allegedly bovine followers, who knows if they’re being ironic? Today, a group of 44 comedians, including Jenny Eclair and Arabella Weir, published an open letter praising Cardiff for banning Dapper and calling on ITV2 to seriously think about Dapper’s ‘sexist narratives’, which apparently ‘encourage street harassment, rape culture and… misogyny’. Self-styled liberal comedians spreading fear about another comedian’s allegedly toxic impact on society, cheering the censorship of comedy, and writing a GDR-style letter denouncing one of their own for possessing foul moral views? For shame, for shame.

The end result of all this hysterical demonisation of Dapper? He’s had to issue an apology, and ITV2 are having a high-level meeting about his future. Let’s hope they stick with him. For to give in to the censorious, contemptuous campaign to have him expelled from the public eye would set a very dangerous precedent. It would inflame the educated lynch mobs and time-rich intolerant Twitter gangs who already wield too much clout in modern Britain, and who truly believe that anything which doesn’t sound like them, look like them or conform to their outlooks and prejudices should be, as Vice says, ‘destroyed’, ended, deprived of the oxygen of publicity, no-platformed. That is an idea way more offensive and dangerous than any joke about ‘gash’ could ever be.