We need more, not fewer people

The scourge ravaging humanity is not overpopulation; it’s underdevelopment. 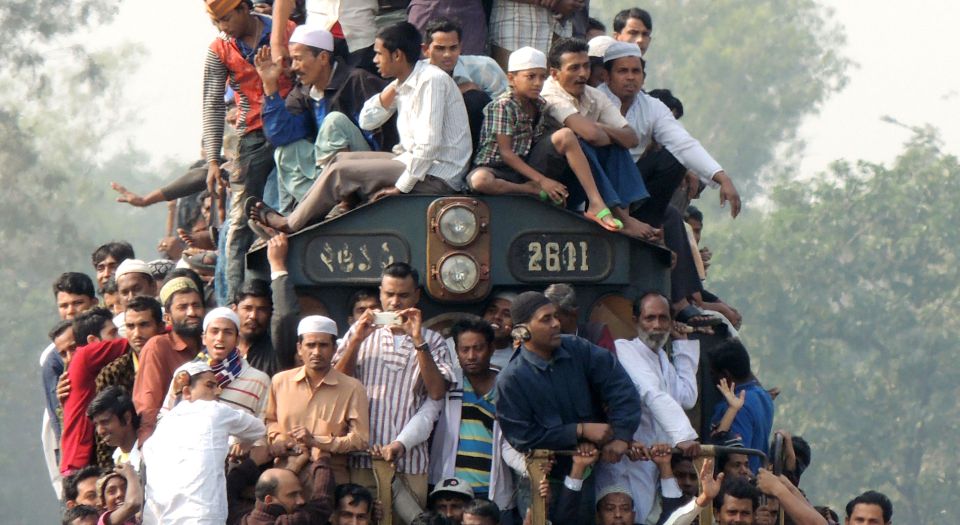 Sometimes it’s easy to allow yourself to think that Malthusianism, the idea that human populations grow like a virus devouring the earth, is only the preserve of buffoons like birdwatcher Bill Oddie and the Duke of Edinburgh. A few weeks ago, Oddie told BBC1’s Sunday Morning Live that British families’ breeding habits had to be ‘contained’ to stem overpopulation. The press and social-media users met Oddie’s statement with the ridicule it deserved. And back in 1988, Prince Philip was similarly lampooned when he said he hoped to be reincarnated as a lethal virus so that he could kill off some of the glut of humanity.

But something comes along every now and then to show that such odious ideas are not confined to the ramblings of clueless old cranks like Bill and Phil. This week, the Malthusians once again reared their ugly baby-hating heads with a new study published by two professors, hailing from the largely unpopulated country of Australia. Even by the standards of apocalyptic, Malthusian scaremongering, this report was something special.

Professor Corey Bradshaw of the University of Adelaide and Professor Barry Brook of the University of Tasmania, who both specialise in studying animal populations, argue in the report that the ‘growing and over-consuming human population, especially the increasing affluent component, is rapidly eroding many of the Earth’s natural ecosystems’. They see many positive social developments as major problems, namely longer life expectancies, lower infant-mortality rates and increased living standards. They argue that these have put an incredible strain on resources and that, if humans are anything like every other species on earth, we’re heading for trouble, perhaps even extinction. The panicked tone of the report was reflected in some of the coverage, with a write-up in the Guardian stating: ‘Bringing children into the world is an act of such environmental destructiveness that it requires mitigating.’

In his 1992 book, The Intellectuals and the Masses, John Carey outlined how the aloof, intellectual elite has fantasised about world wars and global pandemics coming along to thin the herd since the Victorian era. However, this new study warns that even if such Malthusian fantasies were to come true they would do little to slow down the ‘inexorable’ growth of humanity. The authors also lament that even a globally enforced one-child policy would do little to stabilise human populations before the end of the twenty-first century. Their answer to this perceived problem is to attack humanity on all fronts: female fertility must be curtailed globally, they argue, and for those of us already born, we must rein in our consumption habits. They believe this will lead to ‘hundreds of millions fewer people to feed’ by the end of this century.

Like so many Malthusians before them, Bradshaw and Brook mistake the problem of underdevelopment for the problem of overpopulation. As has been pointed out elsewhere, media coverage of overpopulation in the West is often adorned with images of foreign-looking poor people in very cramped environments. Pictures of people clinging to clapped-out, overcrowded trains are particularly popular. Such images show perfectly the flawed logic of population panickers. When a Malthus-minded individual looks at such an image they see too many people, not too few trains. And so it goes with the Australian professors’ desire to have ‘hundreds of millions fewer people to feed’. They do not see the problem of food shortages in some parts of the world as a problem of implementing the development necessary for a modern economy and modern agriculture, but rather one of too many mouths to feed.

Followers of Malthus, like members of a doomsday cult, have predicted the end of civilisation every generation for two centuries, only to be disappointed every time. Far from there being impending mass starvation, in reality things are getting better for the vast majority of human beings. Today, the kind of cataclysm Malthusians have always predicted seems less likely than ever before. Despite massive growth in human population in recent decades, the standard of living for the world’s poorest people has been rising. In 1981, half of all people living in the developing world lived in absolute poverty; in 2010 it was 21 per cent and falling. This is despite a 59 per cent population increase in the same regions over the same period. In other words, more people have not led to more hunger.

Observations of the animal kingdom can tell us little about the future of humans. The misapplication of theories used for monitoring animal populations to humans is why Malthus’ predictions about societal breakdown have never come true. The approach fails to take into account the fact that, unlike animals, humans have a far greater ability to adapt to their circumstances and produce what they need themselves, using an ingenuity that no other species on earth possesses. While the population of monkeys on an island may grow to a point where there is not enough fruit to feed them all, this is unlikely to happen to human populations spread across continents that can produce or import more of what they need and no longer have to rely on the fickle beneficence of nature. And through ever-more ingenuity and invention we can increase productivity, creating new resources as we go to provide for the exponentially growing population that Malthusians so fear.

The growth of humanity is not something to be feared, but something to be celebrated. More people means more minds, more ingenuity, more creativity to deal with any problem that humanity may face. Far from being to our detriment, population growth has accelerated human progress. Malthusians do not see this; they do not see that the mass of humanity is made up of individuals, each with something different to offer the world. Instead they see a virus whose only purpose is to consume and reproduce. It’s time to reassert a more positive view of humanity.