Canada’s response to last week’s violence was an invitation to terrorists. 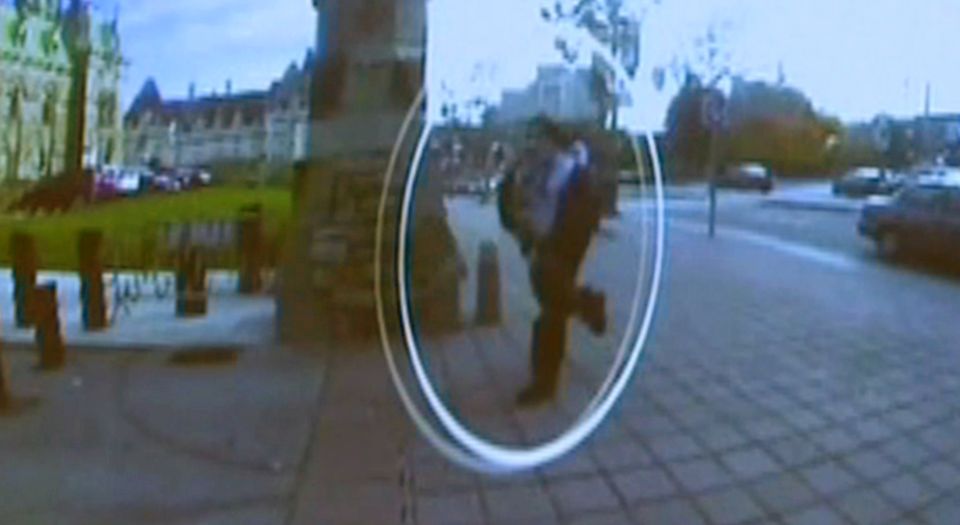 Three separate acts of violence, but one single unifying narrative: the West is under attack from ISIS-inspired terrorism.

The first putative terrorist action happened on Monday near Montreal in Canada. A 25-year-old identified as Martin Couture-Rouleau, but calling himself ‘Ahmad the Converted’, drove his car into two Canadian Forces members, killing one and injuring the other. Couture-Rouleau tried to escape but was shot dead. The second happened on Wednesday, when a 32-year-old identified as Michael Zehaf-Bibeau gunned down one unarmed soldier before entering Canada’s parliament building in Ottawa, where the Sergeant-at-Arms shot him dead. And then, on Friday, a third supposedly terrorist act was carried out, this time in New York City. Thirty-two-year-old Zale Thompson attacked four cops on foot patrol in the Queens district, hitting two with an axe before the other two shot him dead, but not without accidentally shooting a female passer-by in the process. One policeman remains in hospital with a head wound, as does the woman with a back wound.

In and of themselves, these three separate acts were certainly nasty. After all, excepting the three dead perpetrators, two people were slain and several more seriously injured. But beyond such brute facts, the acts themselves remain largely meaningless. No ISIS or al-Qaeda grouplet has claimed responsibility; some evidence of ‘radical’ Twitter activity has been discovered and one of the killers issued a video, but there are no grand manifestos or statements. Instead, the acts remain stubbornly mute, three small-scale criminal acts possessed of neither rationale nor real threat. Indeed, beyond surfing a few militant Islamist websites, following dodgy preachers on Twitter, and mouthing off about America and the West, it’s unclear to what extent the three perpetrators could even be said to have been Islamist terrorists.

And yet the impact of these acts seems to have far outstripped their low-rent origins in three unrelated violent assaults. In an instant, these three acts have come to mean something. They have been grasped and interpreted in the context of the persistently nebulous ‘war on terror’, inserted into a narrative in which we in Western societies are at war with ISIS or al-Qaeda or some other nihilist band of non-merry men. The headlines have not shied away from fear-laden hyperbole: ‘Jihad comes to Jamaica Avenue‘, ran the New York Post’s frontpage; ‘Canada is under attack‘, declared the Telegraph; ‘Canada’s most traumatic week in recent memory‘, stated BBC News. These attacks are seen as evidence of the terrorist threat in our midst, signs of possible atrocities to come, reasons, in effect, to be frightened.

This is not because of anything inherent in the acts themselves or attributable to the perpetrators. Why? Because terrorists have very little control over the significance of their acts. An act’s significance, rather, is determined by how a society responds to it. And that is what has happened here: politicians, quickly followed by pundits, responded to last week’s events as if there really was something to be frightened of, a terrorist peril that really could strike at any moment, a war that really is being waged in Western cities.

Listen to the post-parliament-shooting address of the Canadian prime minister, Stephen Harper: ‘Let there be no misunderstanding. We will not be intimidated. Canada will never be intimidated. In fact, this will lead us to strengthen our resolve and redouble our efforts and those of our national-security agencies to take all necessary steps to identify and counter threats and keep Canada safe here at home.’ If Harper wanted to make it sound as if Canada was in a state of war, he was successful. National legislatures and large cities like Toronto followed Harper’s suit by boosting security. An ice-hockey game due to be played in Ottawa was cancelled. And in Quebec, soldiers were told not to wear their uniforms off duty because they were likely to be targeted. In other words, one man with a gun, and one man with a car, managed to terrify the Canadian authorities into a national shutdown. Not that Harper was alone in his foreboding. US President Barack Obama told reporters that ‘obviously, we’re all shaken by [what happened in Canada]’. Little wonder BBC News felt compelled to assert ‘Canada has never before experienced a week like this one’. Which is true, given its sober response to previous terrorist acts, from the man who blew himself up in the parliament building in 1966, to the 1985 bombing of an Air India flight to London from Toronto, in which 329 people died, many of them Canadian.

Given the official response, which has drawn deep on the culture of fear, it’s easy to forget the rather less-than-terrifying facts of the matter. What shook Obama to the core, what prompted Canada’s politicians to lock down parliament and call for tighter security across the nation, was not large-scale atrocities, planned and carried out by sophisticated terror networks. No, they were the solitary acts of distinctly unimpressive individuals. The car-driving killer, twentysomething Couture-Rouleau, may have been on a list of 90 persons monitored by Canadian police as a ‘high-risk traveller’, but he was also a lonely figure whose main inspiration was his Twitter account, where he followed a couple of high-profile Islamist preachers. So far, his contact with Islamist sympathisers is thought to be non-existent. More striking still for its quiet desperation is the biography of the parliament attacker, Zehaf-Bibeau. This was a man with a few petty-crime convictions, a crack addict who slept rough in a local mosque until he was discovered and booted out, a man who told one of his few friends that the devil was after him. His own mother, an immigration official, said that Zehaf-Bibeau was ‘mad’ and ‘at odds with the world’, rather than ‘act[ing] on behalf of some grand ideology or for a political motive’. She even said that he was not trying to get to Syria, as the police had initially reported, but to the distinctly less glamorous destination of Saudi Arabia.

And as for Zale Thompson, the New York axe man who had supposedly brought jihad to Jamaica Avenue, the closest he came to international terrorism was to moan about America online. New York police commissioner William Bratton said that Thompson was ‘self-radicalised’, but others have pointed out he was simply ‘disturbed‘.

These three rather sad individuals, and their tawdry acts, are the sum total of what one US monthly called a ‘surge of violence‘: three ‘lone wolves’, or stray dogs as the Daily Beast has it, whose role as the bringers of terror to North America owed less to their own fantasist lives than to the imperilled response of those in power. Because it was the response to the acts, rather than the acts themselves, that was key here. It transformed insignificant acts of violence (even if one did happen in the Canadian parliament) into signs of the war to come, into reasons to issue half-baked Churchillian addresses to the nation. There’s your incitement to terrorism right there: national leaders who seem to be more than willing to lend an insignificant act a dubious, awesome grandeur. And because officialdom’s response is so fearful, because it is so keen to show what an impact an act has had – because, in effect, it cedes ground to the terrorising dreams of the actor – the response is simultaneously an invite to other lonely, disaffected wannabes to make their own stab, or swing, or shot, for infamy.

Of course, there will now be renewed talk of the problem of radicalisation, indeed, of self-radicalisation. In Canada there is already discussion about monitoring potential terrorists, making pre-emptive arrests, and stopping the susceptible from accessing online Islamist calls to arms. But that will be all to no avail. Because what is really needed to tackle so-called homegrown terrorism is not its unwitting glamourisation by fearful politicians keen to big up the threats and risks around us. What is needed is a far more confident, less fearful response, a response that bespeaks confidence rather than advertises vulnerability, a response that rests on the belief that Western societies have something going for them, rather than against them. In short, it is the response of the kind of place people will want to stick up for, rather than shoot down.