The tyranny of the new secular priesthood

Joel Kotkin nails the anti-masses Clerisy that now dominates the US. 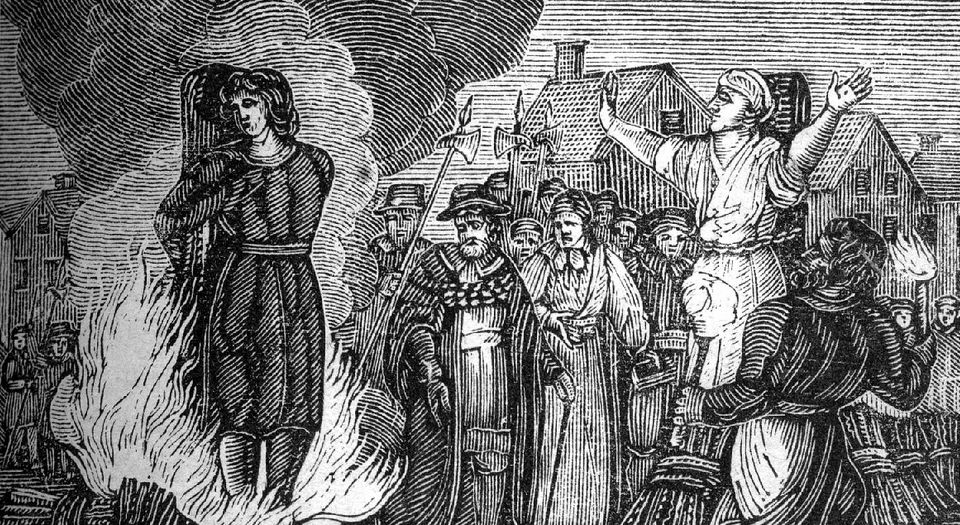 For many years, Joel Kotkin has analysed what holds back the advancement of the American ‘middle’ class, which for him includes the working class, the self-employed and small business owners. In this pursuit, Kotkin’s willingness to look beyond conventional labels and challenge trendy theories has made him stand out. As a leading geographer, he has long defied fashionable criticisms of suburbs, highlighting how such criticisms are often thinly veiled attacks on the working families who prefer not to live in urban downtowns. Now, taking on a broader role as social commentator, he overturns received wisdom about the elites and the masses in his book, The New Class Conflict.

Right away Kotkin says that, to understand the dynamics of the current political era, we have to ditch traditional notions of ‘left’ and ‘right’. He takes as given that the old corporate ‘plutocracy’ remains behind the Republicans. But he finds that the Democrats — a party that many still uphold as being on the side of the people, or the ‘99 per cent’ — are equally elitist, not least because they are backed by Silicon Valley ‘tech oligarchs’ and Wall Street bankers, among other high-rollers. Indeed, the ‘1 per cent’ seems pretty solidly behind the Democrats: eight of the top 10 recipients of donations from the rich were liberal groups like Emily’s List or Moveon.org, and in the past two presidential elections, the wealthiest areas of the country voted for Obama.

Moreover, much of what is considered the left today has adopted an elitist outlook that is at odds with the masses. As Kotkin notes, ‘self-described progressives frequently side with policies that restrain middle-class upward mobility’. In the past, ‘socialists, liberals and conservatives’ shared the goal of broad-based economic growth, while debating how best to achieve that aim; today, influenced by environmentalism and anti-consumption views, many are opposed to ambitious, large-scale growth, which has been vital for working-class improvement historically. ‘Take up less space, make a smaller impact, consume less’ – that’s the new mantra. ‘For all the trappings of progressivism’, says Kotkin, ‘the current ideology is remarkably degenerative’.

According to Kotkin, a large group of opinion-formers based in the worlds of media, education, government and non-profits has emerged to play a central role in making modern liberalism the predominant ideology. Kotkin calls this group the Clerisy, borrowing a term first used by the British poet Samuel Coleridge in 1830 to describe a group of Anglican church leaders, along with intellectuals, artists and educators, whose mission was to transmit society’s values to the less enlightened, lower orders. In a similar way, today’s Clerisy derives its authority from ‘persuading, instructing and regulating the rest of society’, says Kotkin.

There are a number of reasons why these groups constitute a distinct Clerisy, according to Kotkin, and are more than fellow intellectuals he simply doesn’t agree with. For a start, there’s the sheer size: employment in media, academia and foundations has expanded in recent decades, increasing these sectors’ weight relative to others. Furthermore, members of the Clerisy are ‘uniform in worldview, especially in political matters, their approach to environmental issues, and their social values’.

Yet what really sets the Clerisy apart is their moralising objective, and how they operate: ‘In much the same way as its predecessors, today’s Clerisy attempts to distill for the masses today’s distinctly secular “truths” on a range of issues.’ Rather than engage in a search for truth, the modern secular priesthood presents its ideas as an orthodoxy and seeks to enforce conformity. In contrast to the traditional liberal ideal of tolerance, the new Clerisy seeks to regulate speech, indoctrinate the young and ‘restrict discussion on the matters they address, such as gay marriage, climate change, and race and gender issues’. Debates have been ‘settled’; dissent from the orthodoxy and you will be vilified or ignored.

Kotkin’s appreciates the irony that the new Clerisy is secular, if not adamantly anti-religious. Another reason why it may be immediately obvious that this group plays a clergy-like function is its reliance on science as its source of authority, given the way that science has been traditionally counterposed to religion. However, Kotkin argues, ‘the scientific community has taken on a partly theological character’. This is especially the case when certain scientists espouse a political opinion in the name of ‘the science’. Oppose my calls for deindustrialisation and reducing workers’ consumption in response to global warming? You’re anti-science.

It is Kotkin’s middle – the ‘yeomanry’ (small business owners) and workers – that suffer as a result of the rise of the Clerisy. It promotes excessive regulations, often in the name of environmental protection, on businesses large and small, which slows growth and job creation. In California, no-growth policies and ‘green energy’ measures have stunted development in the state and resulted in a ‘liberal apartheid’: ‘Well-heeled, largely white and Asian coastal denizens live in an economically inaccessible bubble insulated from the largely poor, working class, heavily Latino communities in the interior of the state.’ The people of the largely rural and poor upstate New York have been denied the economic benefits from developing shale gas extraction (fracking) thanks to opposition from wealthy city residents and a Democratic Party governor reliant on support from environmentalists.

But the middle class does not just bear the brunt of the new elite’s economic and environmental policies. Indeed, the Clerisy believe all areas of social life are amenable to their technocratic expertise, and they adopt authoritarian measures that undermine individual autonomy, including what foods people eat or how parents raise their kids. ‘The role of government has increasingly blurred into attempts to regulate even the most personal of behaviours’, writes Kotkin, ‘not to achieve some spiritual goal, or even to improve material wealth, as was common in the past, but to shift behaviour in order to achieve some perceived social “good’”. The Clerisy turns to the federal government to take on roles previously adopted by families, churches and other community organisations. While marriage and families have historically supported social mobility, modern clerical culture celebrates being single and childless.

Kotkin’s openness to new developments has clearly resulted in many valuable insights, but his book is not flawless. In particular, his overarching framework of ‘class conflict’ isn’t completely accurate. What we’re witnessing today is the absence of true classes in the classic sense – neither a robust ruling capitalist class nor a well-organised, self-conscious working class. The absence of those two major classes has meant that, by default, we live in a world that reflects the prejudices of the professional, upper middle class (which doesn’t appear in Kotkin’s definition of ‘middle’).

Furthemore, Kotkin’s recurring references throughout the book to growing income inequality make him look like a victim to the fashionable Clerisy-style rich-bashing. He might be distinctive in blaming the Democrats and tech oligarchs for inequality (rather than Republicans and bankers), but he’s still singing a tune written by Thomas Piketty and Elizabeth Warren.

Kotkin is on much firmer ground when he sticks to promoting economic growth as a way to raise working-class living standards and increase social mobility. As he writes in the conclusion, the Clerisy may dominate the airwaves, but it remains a minority, and one that is out of touch: ‘Perhaps nowhere is there greater dissonance between the populace and the leaders of the new class order than in perceptions of the desirability of economic growth and widespread social opportunity.’ His book is an important contribution towards exposing the gap between this patronising, know-it-all secular priesthood and the rest of us.

The New Class Conflict, by Joel Kotkin, is published by Telos Press. (Buy this book from Amazon (UK)).)