In praise of Arin Mirkan

The Kurdish ‘suicide bomber’ dealt a psychological blow to IS – and the West. 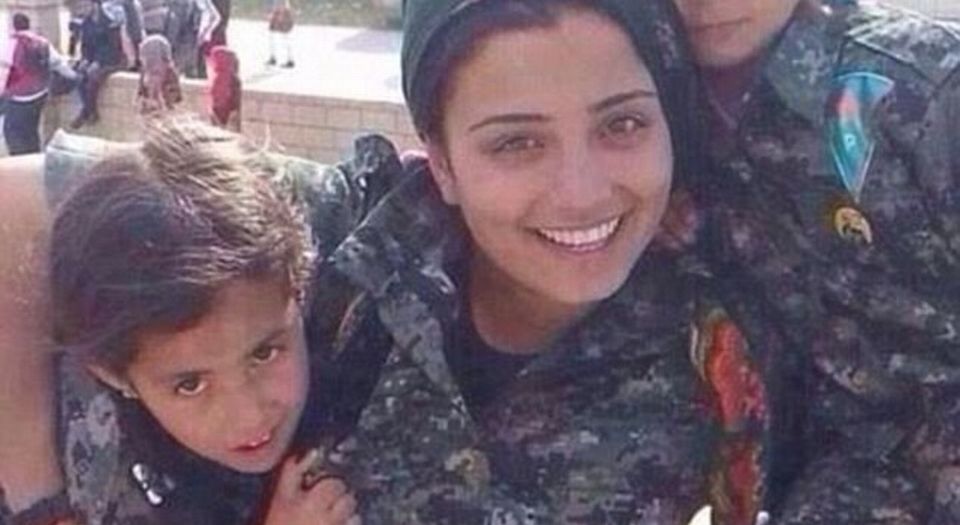 It is still unclear how many members of the Islamic State Arin Mirkan killed when she ran towards an IS position in the Syrian Kurdish town of Kobane on Sunday night and blew herself up with a hand grenade. Some say 27. Others say 10. But in a sense it doesn’t matter. For the real import of Mirkan’s heroic act was not its physical impact on the conflict consuming Syria and Iraq, but its psychological impact. Through her brave and exemplary behaviour, Mirkan has demonstrated that the willingness to make sacrifices, the willingness to put your life on the line for what you believe in, is not the sole preserve of the Islamic State after all. She has shown that there are people outside of the Islamist fold, people with far better ideals and visions than IS’s, who are also willing to stare risk square in the face and give themselves up for a greater cause.

According to news reports, Arin Mirkan – which is a nom de guerre, her real name being Dilar Gnecxemis – was 20 and a commander in the female wing of the People’s Protection Unit, an offshoot of the Kurdistan Workers’ Party that has been fighting for a Kurdish homeland since the 1980s, mainly against the Turkish military. The Times says she was also a mother of two. On Sunday evening, in the bloody fighting between IS and Kurds in Kobane on the Syria-Turkish border, Mirkan reportedly ran out of ammunition during a clash with IS and so decided to run towards some IS militants and detonate a hand grenade. Imagine the shock experienced by the IS to be attacked by a woman in this way. Female Kurdish militants had already been taunting IS, one telling the BBC they are not ‘tough guys’ at all and ’one of our women is worth a hundred of their men’. And now, the last thing some IS militants in Kobane will have seen is a young woman with beliefs running towards them, her face and hair on full display.

That such a young woman was willing to sacrifice herself for her ideals – for the defence of, and the idea of, a Kurdish homeland – is really something. She will have known about the misogyny of the Islamic State, and of the reports that it has been beheading captured Kurdish fighters, yet she still ran towards them. (Meanwhile, young female activists in Britain have spent this week crying over a student rugby club’s leaflet that contained a few sexist words. God help the West.) In recent years, militant Islamist groups, from al-Qaeda to IS, have continually boasted of their unique willingness to sacrifice their lives for something greater than the individual, and they have taunted their opponents – the West, the largely mercenary Iraqi army, the constantly defecting troops of Bashar al-Assad – for their moral cowardice and unwillingness to endure risk or pain in the pursuit of their goals. With her brave act – which is actually different to an Islamic suicide bombing, being an urgent, brave act of war on the battlefield rather than a pre-planned nihilistic blowing-up of oneself and lots of civilians – Mirkan has turned this self-serving Islamist narrative on its head, showing that individual sacrifice to a greater ideal is not the monopoly of Islamic militants.

And in this sense, her action has not only rattled the IS – it has probably made some in the West uncomfortable, too. What is clear from the Western coverage of Mirkan’s actions is that we over here are struggling to find the language with which to celebrate the inspirational stance she took. Why? Because the modern West has been eaten up by the cult of risk aversion, by the idea that it is better to be safe than sorry, better to take precautions and buckle up than go forth, explore, fight, put your neck on the line. This aversion to risk-taking doesn’t only impact on the usual suspects of local councils and EU bores who have made a commandment of the precautionary principle – it even infects Western militaries, too. In the US, Britain and elsewhere, the military’s warrior ethos of old has been superseded by low-level, risk-dodging forms of military intervention where the only guiding principle seems to be casualty-aversion. From the obsession with airstrikes (‘No boots on the ground!’) to the development of drone technology and other forms of robotic warfare, the new Western military ethos is one that says: ‘No one should ever come into harm’s way in the pursuit of our ideals.’ Which immediately raises the question of just how important those ideals really are.

Over the past decade, Islamic militants have self-consciously juxtaposed themselves against the loss-averse, hands-off, no-boots West, against what they see as our moral cowardice, as summed up in the al-Qaeda taunt: ‘You love life and we love death.’ That is, you are obsessed with being safe and comfortable, whereas we are willing to give ourselves up completely for what we believe in. In many ways, Islamist militants derived their psychological power, not from their numbers or military strength, which have always been fairly minimal, but from their embrace of risk and sacrifice – which can appear so alien and threatening to us precisely because the modern West has abandoned such things, now preferring to demonise risk and to pathologise sacrifice and to place everyone, including soldiers, in a protective bubble in which their physical person or self-esteem will never be harmed. That is, our moral weakness, our fear of fighting, our reluctance to engage in a battle of ideas or boots, has often been the thing that has unwittingly boosted the resolve of Islamic militants and the impact of their actions on our societies.

Well, now we know that taking the ultimate risk – and let’s face it, suicide bombings, or self-explosion on a battlefield in Mirkan’s case, has a 100 per cent risk factor – is not something only Islamists do. So do Kurdish women. Twenty-year-old Kurdish women. Young women who, if they lived in Britain, would currently find themselves encouraged to treat rude tweets as a devastating assault on their personhood. Maybe Mirkan’s actions won’t only dent the morale of IS but also remind us in the cosseted, deadened West that there is more to life than being safe and snug and always protected from risk, adventure, challenge and offence.