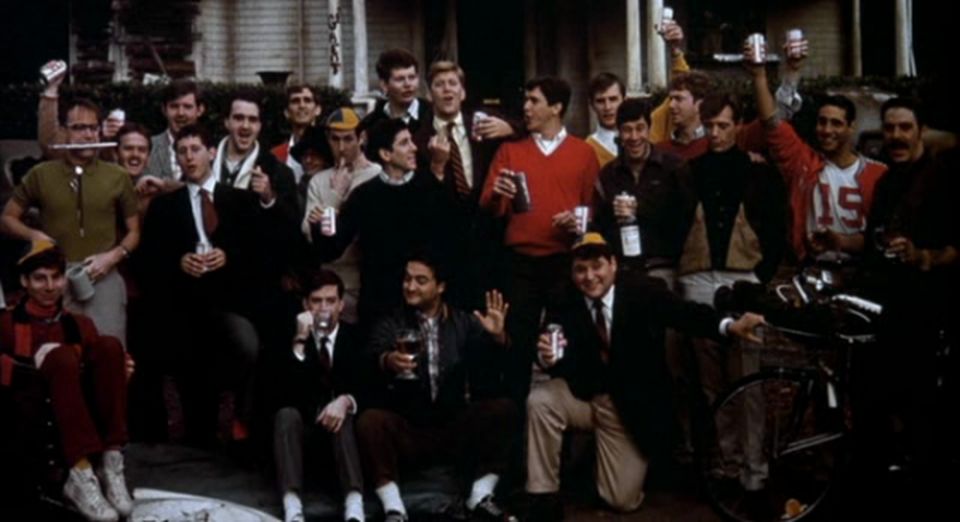 Higher education’s crusade against so-called ‘lad culture’ stretches far beyond the puritanical killjoys at the National Union of Students (NUS).

On both sides of the Atlantic, some university managers and academics have a serious issue with male students, and are on a mission to expunge from campus any whiff of laddishness. In the US, debate ensues about the possibility, rather than the desirability, of banning fraternities. While the legalities are batted to and fro, some institutions have introduced mixed-sex and alcohol-free regimes, effectively ending the tradition of all-male college associations. Those behind the new schemes obviously assume the presence of women will civilise the fraternities, which stand accused of promoting sexism and alcohol-fuelled risk-taking. Meanwhile, in the UK, panics over misogyny and ‘rape culture’ have led Scottish academics to campaign for ‘lads’ mags’ to be banned from university shops, while misbehaving rugby club members at Oxford are being sent for re-education at sexual consent and ‘good lad’ workshops. All too often, men at university are seen as a problem, and men in groups even more so.

Such concerns go beyond the antics of all-male sports’ teams on a beery night out and carry over into the classroom. Male students are indicted for messing about, not taking their studies seriously and generally being disruptive. One group of academics has received funding to investigate the behaviour of men at university. Their advocacy research poses loaded questions such as: ‘How may lecturers and universities begin to challenge and change problematic “laddish” attitudes and behaviours?’ Perhaps unsurprisingly, these surveys have found that men ‘just don’t seem to really care, they just think it’s cool to sit there and talk’. Even relatively mild-mannered male students are considered to dominate seminars in a way that silences female voices. For some lecturers, it seems, the presence of men in their classroom is a particular challenge to be managed, rather than simply being part and parcel of the often mundane experience of teaching.

Even the quietest and most placid male students are seen as a problem for universities. Research conducted for the UK-based Equality Challenge Unit (ECU) suggests men are less likely to participate in academic mentoring programmes, are unwilling to ask their tutor for advice if they get a bad mark for a piece of work, and are less likely to attend tutorials. Outside of the classroom, even sympathetic academics bemoan the reluctance of male students to engage with the ever-increasing array of student-support and wellbeing services on offer. When male students experience difficulties at university, they are more likely to keep it to themselves or turn to friends, perhaps even discussing their troubles over a beer, rather than using the institution’s qualified counsellors and support officers. This refusal to seek help when things go wrong is cited as the number-one explanation for men being significantly more likely than women to drop out of university before they’ve completed their degrees.

For those men who stay the course and complete their studies, the chances are they’ll perform less well than their female counterparts. Whereas 79 per cent of women get at least a 2.1 degree classification, only 70 per cent of men score this highly. Importantly, this attainment gap exists even when comparing the results of students who entered university with exactly the same levels of prior academic achievement. Perhaps it’s not surprising, then, that boys vote with their feet and don’t apply to university in such large numbers in the first place: in Britain, 57.5 per cent of students are female. This overall statistic hides the fact that at some universities women outnumber men two to one, and on some courses, such as veterinary science and subjects allied to medicine, over 75 per cent of students are now female.

Despite making up a greater proportion of the overall population aged 18 to 21, men are less likely to go to university, more likely to drop out if they do get there, and, if they stay, are less likely to come out with a good degree pass. Yet instead of this being seen as a cause for concern, attention is still focused on the experience of women. The Equality Challenge Unit awards a ‘Gender Equality Charter Mark’ to institutions that can demonstrate they have addressed gender inequalities, ‘in particular the underrepresentation of women in senior roles’. In addition, universities pour considerable resources into securing one of the ECU’s Athena Swan awards, which recognise commitment to ‘advancing women’s careers in science, technology, engineering, maths and medicine’.

In contrast, schemes aimed at tackling the underrepresentation of boys in higher education tend to be piecemeal, condescending and underfunded. The University of Edinburgh, for example, has launched Educated Pass, an initiative which aims to get boys hooked on university through links with local football clubs. Never mind the assumption that all boys are interested in football – more worrying is the idea that people working for universities can’t dream up a way to tell boys that higher education is exciting in its own terms.

The recruitment-through-football initiative sums up the mixed impression boys, and working-class boys in particular, are given about higher education. They are flattered and patronised to get them through the door of a university, and then, once inside, they witness staff and fellow students throw their hands up in horror at their unreconstructed male-ness. In the feminised environment of today’s university, group work is often valued above individual performance, participation and effort are recognised as equivalent to achievement, and the single-minded pursuit of knowledge has been replaced by rewarding students who are most able to decry the arrogance of truth claims. When the promotion of sustainability, citizenship and inclusivity trump inculcation into a world of knowledge, the physical presence of men on campus embodies a particular challenge to the values of the university as an institution, and to some lecturers as individuals. Higher education currently has no place for the qualities traditionally associated with masculinity, and this message is conveyed to male students in all aspects of university life. It should hardly be surprising that, when made to feel so unwelcome, young men either rebel or vote with their feet.

Joanna Williams is education editor at spiked. She will be speaking at the debate Who gives a damn about ‘student satisfaction’? at the Battle of Ideas festival, held at the Barbican in London, on 18-19 October. Get tickets here.