Challenging the myth that the referendum renewed UK democracy. 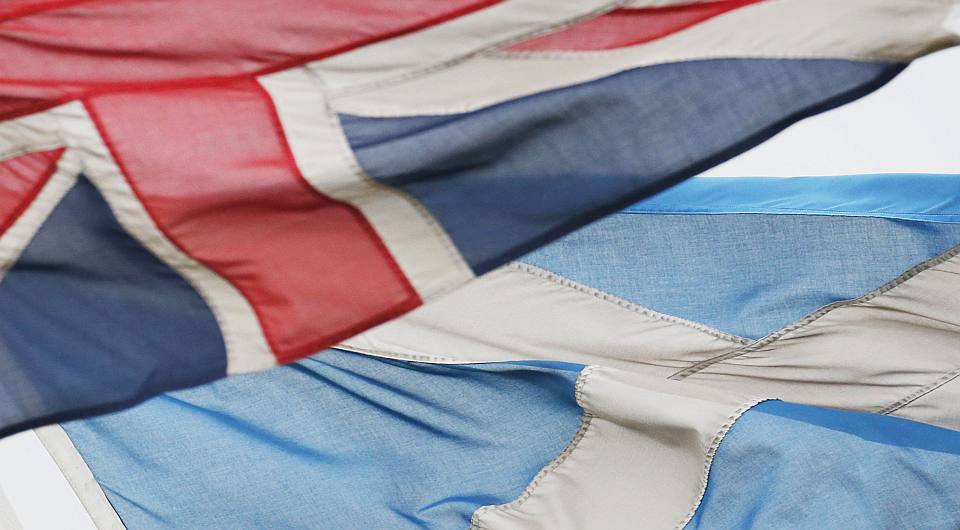 A widely circulated and self-serving myth about the Scottish referendum has been created over the past month. According to this myth, the referendum represented a renaissance of democracy in Scotland, and has reinvigorated political life throughout Britain. Many claim the referendum campaign has brought millions of hitherto alienated citizens back into public life. This, you see, was a ‘people’s referendum’. Time and again, politicians and commentators pointed out that ordinary people were busy arguing with each other about the future of Scotland. Debates in pubs, at the workplace and even within the home ensured that this was a rare instance of genuine democracy in action, we are told.

The myth of democratic renaissance is now coupled with a new, even more deluded claim — which is that following the referendum the rest of British society will now have its voice heard, too. Apparently, the English will also have a chance to embrace the joys of a devolved government. We need to challenge these referendum myths.

Myth 1: this was a great democratic revival

Yes, the 84.5 per cent turnout for the referendum was very high. It even beat Scotland’s former record turnout of 81.3 per cent at the 1951 General Election. But the high turnout needs to be seen in perspective. As every politician and commentator noted, this was a ‘once in a lifetime’ opportunity to vote on one of the most fundamental questions of all: what nation do you belong to? People are very rarely confronted with the choice of whether or not to preserve the realm of their birth. The issue at stake for the people of Scotland was not some controversial policy that could later be annulled – this was a matter with irreversible consequences, not just for the present, but also for future generations.

With so much at stake, it should not have come as a surprise that turnout was so high. Referenda on such fundamental constitutional matters are often characterised by high rates of participation, and yet they rarely leave behind a legacy of democratic awakening. Take the referendum on giving Quebec independence from Canada in 1995. Despite a turnout that was even higher than Scotland’s – 94.39 per cent – after the referendum public life went on as before. Closer to home, the turnout for the Northern Ireland referendum on the Good Friday Agreement in 1998 was 81.1 per cent. No one at the time argued that this relatively high turnout demonstrated a new phase of democratic renewal. And despite that high turnout, Northern Ireland has not become an exemplar of inspiring public debate.

Myth 2: substance came back to politics

The claim that debate during the referendum campaign was of a better quality than in everyday politics does not stand up to scrutiny. Surveys indicate that the three key issues that dominated the campaign were the NHS, disaffection with Westminster, and the currency. Both sides of the referendum debate focused on relatively pragmatic, instrumental and conventional issues. The emphasis on economic realism represented the continuation of traditional British political arguments, only refracted through a Scottish narrative. There was no clash of competing visions. Instead, there were fierce arguments about very little. Even the question of disaffection with Westminster had a distinctly English flavour. Every time SNP leader and chief of the Yes campaign, Alex Salmond, reproached the Westminster establishment for its failings, he echoed and affirmed the anti-political ‘them and us’ rhetoric widespread south of the border.

In turn, the No campaign self-consciously sought to evade the question of the Union. According to surveys carried out after the referendum, only 27 per cent of those who voted No did so because of their attachment to the Union. Consequently, as far as most No voters were concerned, their chief motivations for voting ‘No’ – which included concerns about currency or stability – spoke to the pretty routine stuff of everyday British politics, coupled with a desire to reject needless top-down reforms.

In many ways, the most disturbing feature of the referendum debate was just how shallow and parochial it was. Substantive arguments, either for independence or for the Union, were conspicuous by their absence.

The third myth being peddled furiously at the moment is the idea that the British public is demanding constitutional change. ‘We have heard the voice of Scotland – and now the millions of voices of England must also be heard’, said UK prime minister David Cameron in the aftermath of the referendum. That Cameron and his mates have opted to experiment with the idea of home rule in England is their prerogative. But where are these millions of English people demanding devolution? What possible motive could the English people have to vote for the establishment of a new layer of bureaucracy?

Right now, proposals for constitutional change represent a displacement activity dreamt up by time-rich policymakers and commentators. There is absolutely no popular pressure in England for devolution or for fiddling with the constitution. Proposals to alter the constitution are fuelled by the confusion of a political class that has run out of ideas and is searching for a way to make itself useful.

One of the most curious features of the current constitutional crisis is that it has been artificially generated by the political establishment. The political elite is literally playing with constitutional arrangements. The casual manner with which Cameron and the other party leaders promised to devolve virtually everything to Scotland shows that they regard the constitution as their personal property, which they can easily exchange in return for a quiet life.

Two years of campaigning on the referendum has resulted in the spectacle of inter-elite horse-trading. At least good old Salmond does not even bother to pretend that he respects the voice of the electorate. He has said that Scotland can unilaterally declare independence in the future, and that older citizens who predominantly voted No ‘held back’ the younger generations. Since Scotland’s old codgers will soon die, Salmond is certain that eventually he will get the right result. Now that’s the kind of ‘democracy’ this campaign was really about!