Setting the record straight on AIDS

Chris Jennings’ new book exposes the reality of the epidemic that never was. 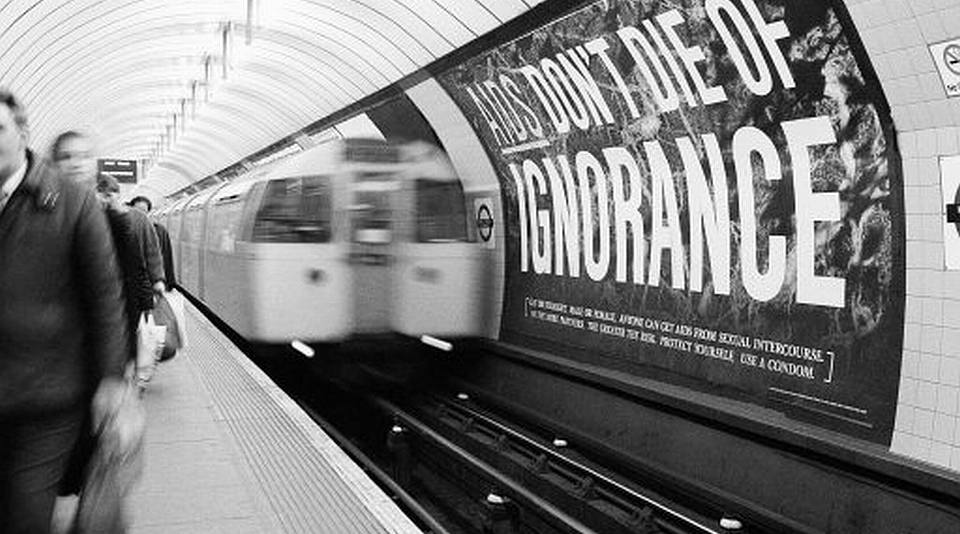 No disease in modern memory has produced more excitement and misinformation than HIV/AIDS. Initially discovered in the early 1980s following the premature deaths of gay men in New York, Los Angeles and San Francisco, AIDS was quickly politicised. It became the subject of international TV commercials warning of the dangers of sex for gays and straights alike. British viewers were warned not to ‘die of ignorance’; American viewers were warned by Madonna to ‘stay away from people who shoot drugs’ and to wear a condom; and Australian viewers were treated to the grim reaper bowling out death and warning that AIDS ‘could kill more Australians than World War II’.

But the expected Western heterosexual epidemic never materialised and global concern shifted towards Africa, where predicted AIDS devastation and extinction became commonplace. For example, the then president of Botswana, Festus Mogae, declared in March 2001 that his country faced extinction. His comments led to many newspapers suggesting Botswana would be gone within 10 years. A string of Western and African leaders followed Mogae by vying for the most apocalyptic vision during a special session of the UN to address AIDS in June 2001 (see here). In case you are wondering, Botswana avoided extinction. The population of Botswana continued to increase steadily from 1.8 million in 2001 to just over two million in 2010. And the population of Africa as a whole increased by about 20 per cent from 2000 to 2010.

Chris Jennings’ book, HIV/AIDS: The Facts and the Fiction, takes aim at many different sources of misinformation hoping to, ‘reconfigure the conceptual paradigm of the HIV/AIDS epidemic; such that resource allocations and healthcare interventions work to serve the benefit, and not the detriment, of the populations at need… Ideally, this book is a starting point for new investigations.’

Jennings’ first proposal is that AIDS originated in New York City and then migrated to the rest of the world. Consequently, he dismisses the idea that the HIV virus found its way into human populations through contact between humans and African monkeys and also questions the extent of the AIDS pandemic in Africa.

Jennings begins by arguing that the first credible cases of HIV/AIDS emerged in New York and the West Coast of America, not in Africa. From there, the disease migrated to Denmark, West Germany and Britain, with the early cases involving a substantial proportion of gay men who had visited the US. In all of these countries, the emerging epidemic lagged significantly behind the US. For example, by July 1983, Britain had reported 14 AIDS cases compared with 1,972 in the US. This pattern was suggestive of a spread from the US.

Critically, Jennings argues that AIDS also migrated from the United States to Africa. The first South African cases of AIDS were reported in 1982, involving two flight stewards who had visited the US. By April 1987, there were 64 confirmed AIDS cases in South Africa compared with 33,952 cases in the US.

Why, then, did the world’s attention turn towards Africa as the epicenter and origin of AIDS? Jennings explains that this was in part due to AIDS cases in Belgium and France containing a higher proportion of patients with African descent who had recently arrived from Africa or regularly travelled to Africa. French and Belgian physicians noted the pattern and first reported the possibility of an African connection.

More convincing was the simultaneous discovery of apparently very high levels of HIV infection in Central Africa. Reports from Zaire in 1984 and 1985 suggested 12 to 24 per cent of the rural population were infected. Subsequent reports in Uganda and Rwanda also suggested infection rates of 15 to 20 per cent. These numbers utterly dwarfed the infection rates from the United States, which then stood at 0.00004 per cent of the population. Regardless of how AIDS cases might have been stacking up, these rates of HIV infection strongly pointed towards an African origin.

Jennings dismisses this data largely on the grounds of the test for HIV being fooled by the presence of blood products other than HIV. At the time, the standard blood test for HIV was the enzyme-linked immunoassay (ELISA), which detects viral or bacterial antigens, including HIV. The ELISA test is highly sensitive and thus is prone to detecting proteins or antigens that are not HIV-related. In a population that carries a high burden of viruses and bacterial infection, the ELISA test is prone to provide a false suggestion of HIV infection. To protect against these false positive findings, modern HIV tests also include additional confirmatory tests and efforts to find and magnify the HIV virus using polymerase chain reaction.

Certainly, Jennings is right that HIV prevalence was incorrectly calculated based on those early blood tests (and also based on clinical diagnosis, where AIDS was ‘identified’ from clinical presentation). The hyped expectation that parts of Africa may become extinct was based on projections from the Global Programme on AIDS and then from UNAIDS which extrapolated from those early, apparent, seroprevalence rates. Those projections were hopelessly flawed and pessimistic, as is obvious from the fact that the African population has continued to increase despite the prophecies of doom. The Global Burden of Disease Study (GBD 2013) group, however, has recently confirmed the inflated nature of the panic. In a highly technical and exceptionally extensive report, the GBD group says that the number of people living with HIV is 18.7 per cent smaller than estimated by UNAIDS in 2012.

This finding is anticipated by Jennings, who documents the continual downward revision of HIV prevalence rates by several agencies and researchers that cared to look more carefully at the figures, or who conducted more precise tests on the ground. In one telling anecdote, Jennings describes the experience of Malan, a reporter for Rolling Stone, who was covering AIDS in South Africa:

‘[In 2001, Malan] attempted to confirm a newspaper account that a new paper-coffin maker was overwhelmed with orders. Instead, he found the paper-coffin maker and his competitor had gone out of business. The national industrial coffin makers reported: “It’s quiet.” “We aren’t feeling anything at all.” “If you read what is in the papers, we should be overwhelmed, but there’s nothing. So what’s going on? You tell me.”’

Malan was in Africa to report on the destruction of the dark continent. Feckless, hypersexed Africans killing themselves with an STD was an idea just too compelling to be diverted by facts. At least, perhaps, until now.

Jennings puts forward a comprehensive argument, but I’m not convinced by his New York origins argument. Very little is reliably known and unpacking history to try to figure out what ‘really’ happened is fraught with danger. Despite the many revisions downwards, and the excessive expectation of extinction, sub-Saharan Africa still carries the world burden of HIV infection, with three-to-six times the prevalence of the US. While further downward revision is possible, it is unlikely that AIDS investigators are continuing to make mistakes of the same order as in the early 1990s.

It is my hope that the era of ‘AIDS inflation’ is over. In the developed world, at least, there is good reason to believe the figures are reliable and we no longer have Madonna or the Grim Reaper lecturing us on sex and death. In the developing world there is still, as the GBD report states, ‘extraordinary uncertainty’ regarding the burden of HIV. That uncertainty needs addressing, but the very fact that it is now openly acknowledged suggests that Jennings’ hoped-for reconfiguration of concepts and interventions is beginning.

HIV/AIDS – The Facts and The Fiction, by Chris Jennings, is published by Health Alert Communications. (Order this book from Amazon(UK).)