Where are the defenders of the Union?

Scottish referendum: our leaders have gone AWOL from the battle of ideas. 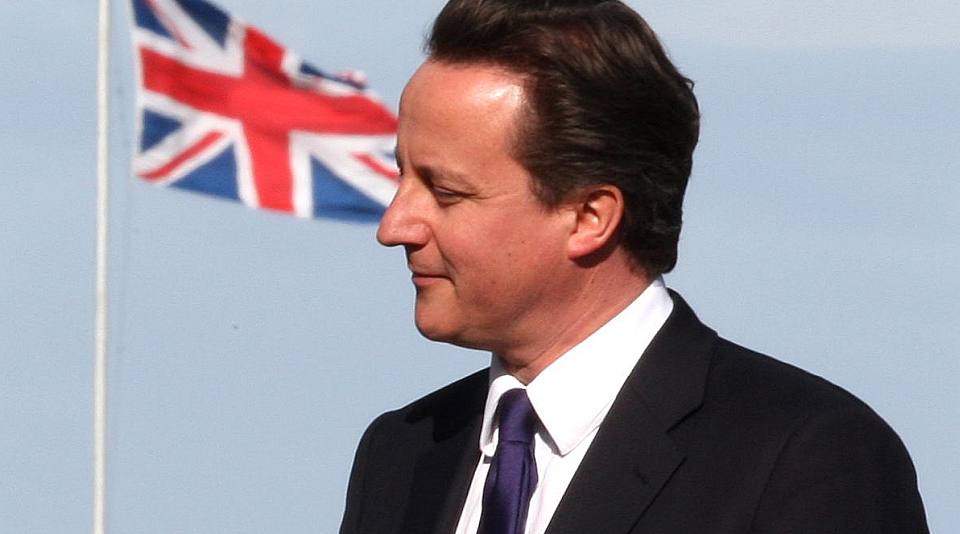 Back in July, UK prime minister David Cameron exhorted the public to ‘stop being bashful about Britishness’. This statement, coming from someone who has self-consciously stayed in the background during the Scottish referendum campaign, reeks of bad faith. For if there’s anyone who is bashful and defeatist about Britishness, it is the British prime minister.

Of course, Cameron does not have a monopoly on political cowardice. The entire Westminster political class has opted out of the fight to uphold and preserve the integrity of the institutions of the nation it allegedly represents. Instead of taking political responsibility for the preservation of British sovereignty, the political class outsourced the task of fighting for the union to a relatively small group of mainly Scottish Labour politicians. This strategy of distancing the Westminster establishment from the referendum campaign has sent out a clear message of defeatism to the Scottish people. In fact, the reluctance of leading politicians to actively take on the argument for Scottish independence shows a lack of belief and commitment to the cause of Britain.

The irresponsible behaviour of Britain’s political elite is not confined to its pathological fear of participating in the battle of ideas. Arguably the most reckless thing about its response has been the casual manner in which it has dealt with such fundamental questions as the nature of the constitution and the territorial integrity of the nation. Throughout the debate, the Better Together campaign represented the Union as an administrative convenience that benefited all communities. The campaign’s main arguments against Scottish independence focused on economic issues, such as whether or not Scotland would be able to use the pound as its currency. But these arguments failed to engage with crucial historical questions of national identity, loyalty and the kind of society that would allow people to flourish and lead a good life. As a result, Better Together tacitly accepted the moral and cultural arguments advanced by the SNP. The only issue at stake was whether or not there were insurmountable economic obstacles to the realisation of otherwise worthy ideals. In effect, the narrow economistic focus – ‘What’s your Plan B for the pound?’ – has allowed the Yes campaign to occupy the moral high ground.

The hesitant and almost embarrassed manner with which the No campaign conducted its defence of the Union has succeeded in endowing the SNP’s empty rhetoric with a degree of plausibility. For its part, the SNP more than matched the opportunism of its opponents. Hence Salmond seemed far more comfortable arguing about economic and technical issues – the NHS, benefits, etc – than projecting a vision of the future of a Scottish nation. He was never once forced to explain what it was about the Scottish national spirit that has been thwarted by the English overlords.

One of the most disturbing aspects of the referendum campaign is that this debate about Britain’s future has been confined to the Scottish public. Of course, it’s up to the people of Scotland to make the decision about independence. But because the outcome of the referendum is as important to the people of England, Wales and Northern Ireland as it is to those in Scotland, the issue should have been far more actively considered by them. The break-up of the UK has consequences that go way beyond the loss of Scotland; it would unsettle the historical and institutional foundation of one of the oldest nation states in the world. The fragmentation of the UK could not only create a relatively weak and potentially unstable Scotland – it could also undermine the institutions and way of life of the rest of Britain. The failure to engage and prepare the British public for the negative consequences of a Yes vote in the referendum will only intensify the trauma if the Scots do vote Yes.

Under different conditions, the referendum campaign could have provided an opportunity to address the issues facing British society, and clarify the values and objectives by which we all live. Indeed, if the political class had not been so bashful about Britishness, the referendum could have provided an opportunity to debate its meaning. Yet, one way or another, that’s a debate that needs to be had if society is to move forward in a democratic and positive direction.

Whatever happens on polling day will benefit neither the people of Scotland nor the rest of the UK. All that will happen is that to the crisis of Britishness, we will be able to add a crisis of Scottishness, too – and we will likely witness the further meltdown of the current conventions of British political life, which have been in place for a significant period of time.