Gawping at nude celeb pics is not a crime

Privacy cannot be protected from a voyeuristic culture by more laws. 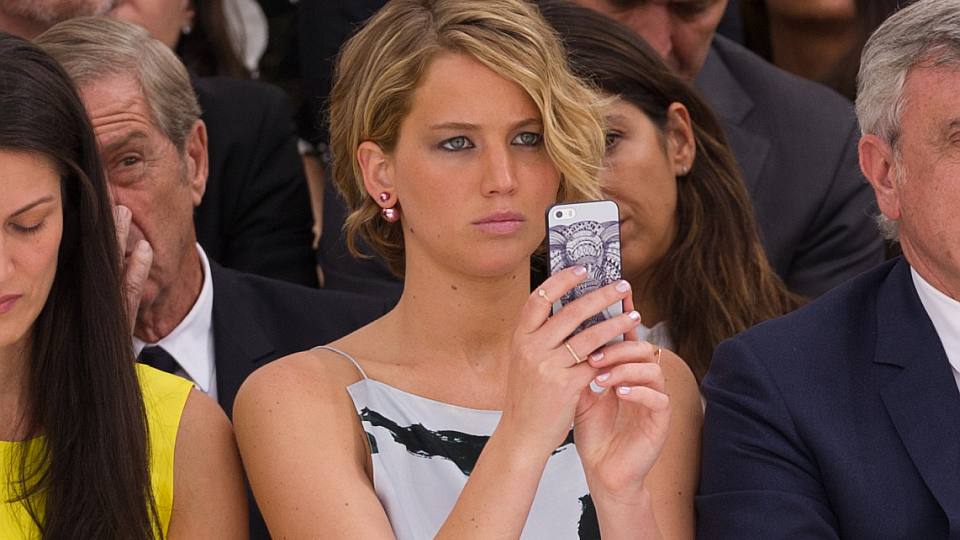 Aside from 15-year-old boys doing frantic, one-handed Google searches, most people will agree that the leaking of various celebs’ private nude photos was deplorable. But the response to this Peeping Tom-style violation of intimate lives hasn’t been great, either. The proposal from pretty much every quarter is that we need tougher laws to prevent such creepy encroachment into the private sphere, and maybe even the power to punish people simply for looking at the pics. Such suggestions represent a double whammy of wrongness. First, by threatening to unleash even greater authoritarian control over the internet. And secondly through failing to recognise that respect for the value of privacy can’t be rehabilitated by brute force, but rather requires a searing rethink and overhaul of the now mainstream cults of revelation and voyeurism.

It is easy to believe the female celebs who say they have suffered ‘extreme distress’ over the leaking of images from their iCloud accounts. Some of the material is eye-wateringly intimate, including not simply done-for-laughs porno poses but also explicit sex acts. Very clearly, in these photos and videos the women are behaving in a way they would never do in public, because they are in a completely private zone, being free-wheeling with people they love and trust. The thought that pretty much anyone can now peer into that zone and see what you did with your boyfriend a few months ago must be awful. The celebs are perfectly at liberty to try to have the images removed from the internet (although this is a tough, probably impossible task).

But what the celebs and their lawyers are not at liberty to do is rearrange the entire web around the misfortune they have suffered. As soon as the hacking was revealed, the call went out for more stringent controls on what people can share and look at online. Spittle-flecked media commentary didn’t only demand the pursuit of the hacker or hackers who stole the intimate images (which is fine, given he or they clearly broke the law); they also proposed the punishment of those who Googled the pics and gawped at them, which could set a very dangerous precedent indeed.

Feminists led the march for tighter clampdowns on the raucous web. A Guardian writer said there should be prosecutions ‘not only for the hacker of the photos, but for those who view and share them’. An Independent columnist said ‘searching out these images is to be complicit in the crime’. The Atlantic said looking at the pics ‘goes beyond voyeurism – it’s abuse’.

Here, we have an explicit attempt to put looking at a photo on a par with violence. In the words of the Guardian, ‘to merely look is an act of sexual violation’, and it deserves the ‘same social and legal punishment as meted out to… sexual predators’ (my italics). It is a hallmark of tyranny to treat speech or imagery as indistinguishable from violence, and to claim that looking at things or reading certain texts deserves the same punishment as physically abusing someone or damaging property. Such a blurring of the lines between speech and violence has historically allowed authoritarians to punish individuals not simply for physical or vandalistic behaviour, but also for their thoughts, their perceived perversions. The shrill cry for the punishment of those who didn’t steal the celebs’ photos or even publish them but simply looked at them is similarly a demand to punish thoughtcrime – the crime of thinking, ‘I wonder what Jennifer Lawrence looks like naked?’. If we give this the go-ahead, how would we stop officialdom from decreeing that looking at other stuff is also tantamount to violence and thus deserves ‘the same legal punishment’? Should we treat those who have watched ISIS’s beheadings of American journalists as accessories to murder? Of course not. Because we do not – or should not – punish looking, reading and thinking.

Some of the celebs want to go further than getting the photos off the web – they want to stop us even from discussing them. Lawyers for Jessica Brown Findlay, former star of Downton Abbey, are threatening legal action not only against ‘publication of the photographs’, which is their right, but also against ‘any reference to them’. Such discussion will ‘perpetuate [our client’s] distress’, they say. No, I’m sorry, you cannot stop debate about these pictures. Presumably even this article is in violation of this totalitarian demand for an end to any reference to Ms Brown Findlay in relation to this scandal. The threatened punishment of people for looking at or even talking about images shows how a narrowly legal defence of an individual’s privacy rights can crash against the more fundamental liberties of everyone else, including freedom of thought and speech.

There is a massive double standard in the media outrage. Over the past fortnight, media outlets pored over some less-than-PC private text messages sent between two British football officials, and used them to force the men out of their jobs. Before that, former US basketball boss Donald Sterling was subjected to global ridicule over a leaked telephone conversation in which he said something derogatory about black people. Some of the same observers weeping over the leaking of celebs’ images positively cheered the leaking of those individuals’ private conversations. They might say that it’s worse to have a nude photo leaked than an embarrassing chat, and they’d be right. But the principle violated in all these cases is the exact same: namely, that an individual should be free to think, say and pose however he or she pleases in private without having the public peering in and passing judgement. The incredible situation today is this: if the celeb hacker had discovered and published a private video of a well-known actress saying something racist or homophobic, he would have been hailed as an heroic exposer of prejudice rather than branded a perv.

And this cuts to the second key problem with the response to this scandal: it fails to appreciate just what a parlous state privacy is in, and that it will require a lot more than threats and manhunts to repair it.

In recent years, the dividing line between public life and private life has been utterly corroded. Through the cults of therapy and revelation, we’re pressured to reveal more and more details about our private lives to info-hungry audiences. Through increasing government intervention into our family lives and intimate lives, we’re expected to offer ourselves up for official scrutiny. The old, perfectly natural desire to keep certain things private has been pathologised. To refuse to submit to the therapeutic ethos is to run the risk of being branded ‘in denial’, dangerously ‘bottled up’. Resist government scrutiny of your intimate existence and you will likely find officials wondering if you have ‘something to hide’. Through the medical sphere, the political world and, importantly, popular culture, emotional incontinence has come to be elevated as one of the great values of our times, while privacy and stoicism have been turned into borderline mental illnesses. Such a profound disorganisation of private life inevitably generates new movements of voyeurs, hungry for info about intimacy, and willing to hack for it if it isn’t offered to them on a platter via TV or magazines.

Too often, we treat this profound cultural problem as a technical one, imagining it might be fixed with a few more laws. Yet as William Pitt brilliantly articulated in 1766, it’s possible to stand up for the principle of private life even when it seems technically difficult to maintain. A man’s ‘cottage may be frail, the roof may shake, the wind may blow through it, the storm may enter, the rain may enter, but the King of England cannot enter’, he said. Today, in this gadget-packed era, our intimate moments once again seem technically frail, like battered cottages, pretty easily entered into by various forces. But if society were to devote itself to restoring the modern, Enlightened principle that everyone deserves a purely private space, then we might manage to keep at bay the intimacy-invaders by finally denormalising the weird modern cults of slovenly emotionalism, pressured openness and official and cultural voyeurism.