Ashya King: parents are more trustworthy than the state

Officialdom’s war on parental authority created this travesty of justice. 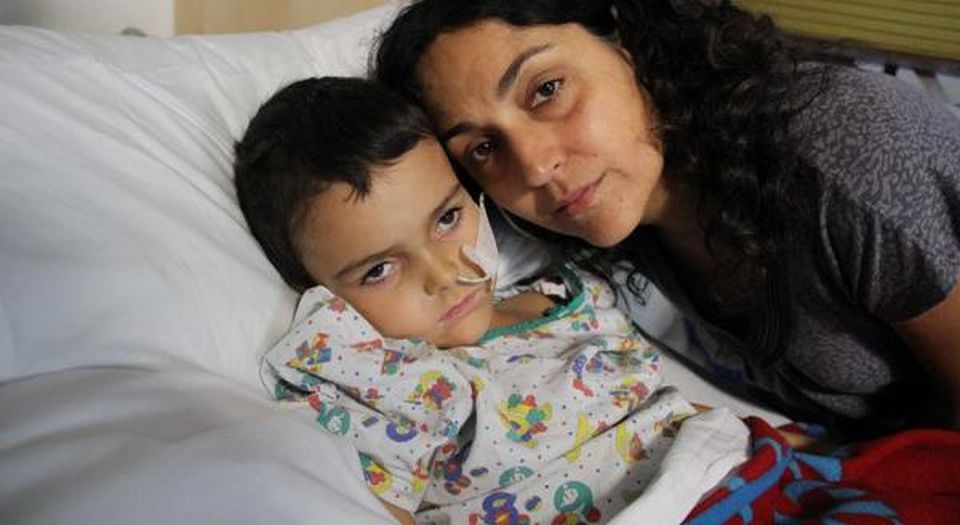 For the past week, the British public has watched in horror as the British state tore a dying child from his family. On Saturday, Brett and Naghmeh King were arrested for removing their son Ashya, who has a brain tumour, from Southampton General Hospital and fleeing abroad. Only today are the family set to be reunited. For decades, defenders of the legal framework around children have boasted of its abilities to manage a child’s ‘best interests’. Yet on Saturday afternoon, a five-year-old child with a brain tumour was removed from the only people with whom he is familiar and thrust into an alien environment while his parents were locked in prison. Whatever the eventual outcome of this case, we can say with certainty that no legal system which claims to be concerned with the ‘interests of the child’ should have allowed this to happen.

While the decision-making processes of the Crown Prosecution Service (CPS) and Hampshire police will no doubt be analysed in minute detail in the coming weeks, with statement after statement delivered to explain why certain decisions were made and who will be held accountable, it is important to remember that no one person or organisation can be held solely responsible. Rather, what happened was the logical climax of a series of trends in criminal and family law, which have disregarded the authority and autonomy of parents in favour of official intervention at any cost.

Yesterday, the CPS finally withdrew the European arrest warrants which had been issued for the Kings. It said in a statement that ‘the necessary element of wilful neglect to support a charge of child cruelty had not been made out’. While the CPS was discovering that its original case for the warrants was complete nonsense, the Kings had been arrested and detained in Spain and Ashya had been taken into protective custody. He had already been made a permanent ward of the court the day after he was taken from hospital, meaning, effectively, that his parents had already lost all of their rights to care for him.

All the facts will not be known for some time. However, on the basis of what has been released by the CPS so far, it is clear that assumptions were made throughout that the Kings were wilfully neglecting their child, notwithstanding that no direct evidence appears to exist to support these assumptions.

The Kings were sought under a warrant which alleged the offence of child cruelty under Section 1 of the Children and Young Persons Act 1933. The offence is committed where a person over the age of 16 with the responsibility for a child under that age ‘wilfully… neglects’ that child. The act gives examples of neglect, including ‘where a parent… fails to provide adequate medical aid’.

A CPS lawyer, looking at the evidence provided by Hampshire police, would have had to resolve several issues. First, was there sufficient evidence to prosecute the offence of child cruelty? And secondly, was it in the public interest to pursue a prosecution? If the CPS decided that both of these tests had been passed, then it would have drafted an application for a warrant and submitted it to the magistrate. The magistrate would then decide whether to grant it.

According to the CPS’s own statement, the evidence used to obtain the warrant was ‘that [Ashya] required round-the-clock nursing care to manage his recovery, including to manage the feeding tube which was keeping him alive and hydrated’. It goes on to say that ‘it was evident that Mr and Mrs King did not have the necessary training to remove it’, which could have placed Ashya’s life in danger. It was also evident, according to the statement, that ‘the King family did not have any of the specialist nutrition that Ashya needed’, and that ‘the feeding tube required charge from a battery which was running out and for which the parents had not taken the power supply’.

This evidence was not enough on its own to seal the King’s fate. What was needed was a vital additional component, one which exposed the heart of this disastrous case and the rotten heart of contemporary law around children – namely, a powerful assumption on behalf of those enacting the law that the state knew what was best for Ashya over and above his parents. And it was this which carried forward a prosecution that most Britons seem to have looked upon as outrageous.

These assumptions have been shown to be resoundingly false. The Kings had ordered specialist nutrition for Ashya; they had managed to charge the feeding tube using a car battery; and they had no difficulties in changing his feeding tube. Further medical evidence revealed that the ‘risk to Ashya’s life was not as serious as had been originally thought’. In other words, the authorities assumed the worst, and the worst turned out to be wrong.

So who is to blame for the clumsy, dangerous and authoritarian assumptions which underlie the decision-making processes at work in this case? Of course, the CPS and the police bear much responsibility for failing to ask even the most basic questions about those they were prosecuting. But their assumptions were not born in a vacuum. This case is a snapshot of the current climate around child protection, in which it is too easily assumed that state care is better than parent care.

It was only two years ago that the then education secretary Michael Gove decried how ‘the rights of biological parents’ are allowing children to ‘endure a life of soiled nappies and scummy baths’. This he blamed on the state intervening ‘too late’. In 2011, the Family Justice Review, which went on to influence the drafting of the new Children’s and Families Act 2014, concluded that local authorities were too often ‘distrusted’ in their child-protection work and the courts should be ‘quicker’ to grant them parental control in place of parents. The act itself was said by the Department of Education to have as its ‘overriding goal’ the more efficient removal of children from ‘problem families’. It enshrined in law a 26-week limit to care proceedings, which led to children being forcefully adopted. There has, in recent years, been a clear trajectory towards overriding parents’ rights in favour of having children removed from homes more ‘efficiently’.

But it is not just the state which is gung-ho about the abolition of parents’ rights. The children’s charity Barnardo’s has consistently argued for a limit to care proceedings to ensure that ‘neglected’ children can be adopted quicker. The NSPCC launch campaign after campaign rallying behind state authority over the rights of parents. When Ashya’s parents struck out and asserted their own judgement over that of the state, they offended a core value at the heart of both government and the child-protection industry: that the state knows what’s best for kids. For the government, and those involved in advocating greater child protection, the rights of parents are often treated as mere legal obstacles to be overcome in the process of intervention.

What is needed following the Ashya King case is a fundamental shift in culture away from assuming the worst about parents. If anyone deserves the blame for what happened to the Kings, it is the interventionist politicians and child-advocacy groups, which consistently encourage state bodies to ignore the judgement of parents. We should stop assuming that any act of defiance against state intrusion in favour of parental judgement is an act of neglect. We should learn from the Kings’ example that often such defiance can demonstrate compassion, love and an unapologetic commitment to a child’s welfare.