Why isn’t anyone talking about the nightmare in northern Iraq?

ISIS’s gains against the Kurds represent a potentially tectonic shift. 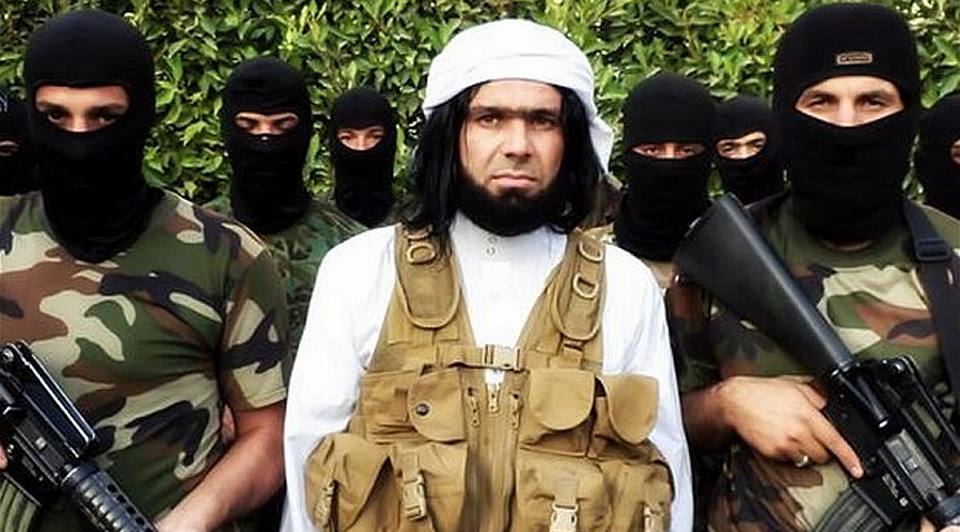 For a terrifying insight into the cluelessness of today’s Western foreign-policy debates, look no further than the virtual silence on ISIS’s military gains against the Kurds in northern Iraq. It is remarkable that more people, particularly politicians, are not talking about this. For what we have seen in northern Iraq over the past 48 hours is a dramatic turning point in the unravelling of the Middle East, a severe blow against a group, the Kurds, who, largely by default, were the last line of defence against the spread of the post-nationalist, cosmic extremists of the Islamic State of Iraq and the Levant (ISIS). We have watched as one of the few remaining peoples who adhere to the ideals of state sovereignty and nationhood have been routed by a self-consciously border-defying Islamist outfit, taking the dismantling of the old order in the Middle East to a horrifying new level, and yet no one seems particularly perturbed.

There are reports of awful attacks and events in northern Iraq over the past two days. Having already conquered huge swathes of territory in eastern Syria and western Iraq, and declared the establishment of the Islamic State, ISIS has now made serious inroads into northern Iraqi regions that were being protected by Kurdish military forces, getting closer to the semi-autonomous Kurdish state in northern Iraq. They have taken Kurdish-protected towns in the Dohuk province, the most significant being the ancient town of Sinjar. This is not only home to some Kurds but is also the ancestral home of the Yazidi religious group. ISIS denounced the Yazidi people as ‘apostates’ and ‘devil worshippers’, and according to the United Nations 200,000 Yazidi have fled their homes in 48 hours. (Question for the West’s anti-Israel obsessives currently refusing to talk about anything other than Gaza: why haven’t you commented on this act of what you might call ‘ethnic cleansing’?)

Alongside conquering Sinjar, ISIS has taken other economically and strategically key towns that were being protected by Kurdish forces, including Zumar, which has some of Iraq’s most important oilfields, and Wana, a town close to the Mosul Dam that supplies electricity and water to Iraq. So ISIS is not only controlling greater amounts of Iraqi territory – it is close to controlling Iraq’s resources, too. Wana is 30 miles from Mosul, Iraq’s second-largest city, which ISIS captured in June and is already governing severely.

What is significant about the gains made by ISIS against towns and territories being protected by the Kurds is that, in post-war Iraq, where the Western-installed authorities enjoy little legitimacy and have displayed little commitment to governing and policing any territory beyond the heavily fortified confines of Baghdad, the Kurds came to be looked upon as one group of people who are so devoted to defending their ancient homeland from external threats that they would be able to stand firm against ISIS in a way that the ersatz Iraqi police and military have not.

So when Iraqi police forces abandoned their posts when the ISIS onslaught started in June, Kurdish fighters known as the peshmerga moved into some of those areas and held the fort – partly as a means of staking their claim to territories in northern Iraq that fall outside of semi-autonomous Iraqi Kurdistan but which Kurds believe should be theirs, and partly because they had been encouraged by both outside forces and Baghdad itself to try to stem ISIS’s spread. Although there is very little love lost between Iraqi prime minister Nouri al-Maliki and the Kurdish governors of northern Iraq, still al-Maliki has over the past two months sought Kurdish military assistance in protecting parts of northern Iraq that had been abandoned with extraordinary swiftness by Iraqi forces as soon as ISIS arrived. The West also pleaded with the Kurds to help save Iraq. Most significantly, in late June, after three weeks of ISIS’s spread from Syria across western Iraq, US secretary of state John Kerry visited Iraqi Kurdistan to meet with its president and, as one headline put it, ‘urged the Kurds to save Iraq from collapse’. Recognising Iraqi Kurds’ long-term thirst for national independence, Kerry nonetheless pleaded with them to fight ‘in the near-term [for] a stable, sovereign and unified Iraq’.

In essence, an Iraqi state and a Western foreign-policy establishment bereft of ideas for how to stop the march of ISIS – and more significantly for how to cohere or bestow legitimacy on the institutions of the post-Saddam Iraqi state – looked to the Kurds to do their work for them, to do what both Baghdad and Washington are incapable of doing: preserve the integrity of the Iraqi state in the face of new threats and instability. It is not hard to see why they turned to the Kurds. Described by one news report in June, during the original ISIS onslaught, as ‘the most cohesive fighting force [in Iraq]’, Kurdish forces possess something that al-Maliki and others in post-war Iraq do not: a genuine commitment to the project of creating and preserving a state, albeit one that would in the long term separate northern Iraq from the rest of the country. As an enthusiastic Time report put it back in June, Kurds have a ‘great national soul’, something notable by its absence among the shallow, performative state apparatus in Baghdad largely created and funded by external actors. It spoke volumes about the incoherence of American foreign policy, the desperation of it, that both Baghdadi and US officials were forced to turn to a group of people who fundamentally want to separate themselves off from Iraq and plead with them to, for now, use their ‘national soul’ and their ‘cohesion’ to help defend Kerry’s ‘stable, sovereign and unified Iraq’.

But it hasn’t turned out well. The Kurdish forces, unfit and ill-equipped, according to some reports, seem to have overplayed their hand. ISIS has relatively easily moved them aside in key northern towns, in the process ‘puncturing Kurdistan’s self-confidence’, as one account says. It isn’t only the Kurds’ self-confidence that has been punctured – so have the hopes of Washington and others that the Kurds would prove to be the last line of defence against the Islamist overwhelming of Iraq, and ultimately the last line of defence, in Washington’s eyes, between Western civilisation itself and the self-conscious medievalism of ISIS.

Remarkably, Washington has held back from arming the Kurds. It implored them to defend the sovereignty and stability of Iraq but when they asked for ‘sophisticated weapons to push back ISIS’, the Obama administration’s response was to say that ‘the direct provision of arms to the Kurdistan Regional Government [is] highly unlikely’. Here, we can see how severe is the disconnect between Washington’s hopes for stability in Iraq and its glaring unwillingness to take any kind of risk to try to bring such stability about. On the one hand US officials hope that Kurdish forces will serve almost as guardians at the gate of Western civilisation fending off dangerous forces, yet on the other hand they are reluctant to set up any kind of conscious, strategic, Cold War-era-style arming of a group they think might prove politically useful. So the Kurds were pushed to the frontline of defending the state in Iraq, and in essence the entire current set-up in the Middle East, but they were denied the military means for such a job. And now, ISIS moves in, the Kurds retreat, and there is now talk of Baghdad sending fighter jets to pummel ISIS in a last-ditch effort to beat it. There are also reports that Kurdish radicals from Syria and elite military forces from Iran have arrived in Iraqi Kurdistan to try to protect it from the march of ISIS – meaning we now have the surreal situation where Iran is attempting to do what Washington and its lackeys in Baghdad have failed to: preserve the integrity of Iraq.

Behind the terrible tragedies unfolding in northern Iraq, behind the losses suffered by the Kurds and their planned fightback with new allies from elsewhere, there is a bigger, more shocking tale – one of how Western foreign policy now thoughtlessly, but very actively, serves to undermine state sovereignty in various parts of the world and in the process creates the space for the emergence of provocative stateless groups such as ISIS.

The remarkable spread of ISIS, the ease with which it has conquered huge parts of both Syria and Iraq, speaks fundamentally to the West’s dismantling or delegitimisation of the old state norms in those countries and its hamfisted creation of new, utterly unconvincing state forces that have no true commitment to the territories they govern and police. So as a fascinating report for Foreign Policy in Focus revealed this week, the victories of ISIS in Syria are in large part down to Washington’s and London’s creation of a ‘political vacuum’ in Syria through their explicit calling into question of the authority of the Assad regime and their subsequent funding of rebel groups and ‘proto-governmental forces’ that enjoyed next-to-no legitimacy in the Assad-free territories of Syria. It was this ‘failure of the Gulf- and Western-backed Syrian opposition to institute credible systems of governance’ that helped to facilitate the ‘ISIS takeover’ of almost 40 per cent of Syrian territory, says Foreign Policy in Focus. Meanwhile, the West’s removal of the Saddamite apparatus in Iraq, and its failure to replace it with anything more convincing than a fancy but ultimately empty new government and military, created the space in Iraq for ISIS. Having trained, gained arms and made money in the Western-facilitated ‘political vacuum’ of Syria, ISIS moved with ease into the Western-made political nothingness that is post-Saddam Iraq.

It was always extremely unlikely that the Kurds, however strong their ‘national soul’, could hold back the violent, unravelling dynamic set in motion by the actions of our governments. So now, as the world focuses on the comparatively minor conflict between Israel and Gaza, the broader destabilisation of the Middle East continues apace, the modern ideal of state sovereignty falls into greater disrepair, and huge numbers of Iraqis and Syrians suffer terrible barbarism at the hands of a group whose rise is fundamentally the responsibility of our governments. Modernity itself is threatened by the tectonic instability wrought by our rulers through their interventions in the Middle East, but the modern world looks the other way.