Now they think there’s a problem in Egypt

Why has the jailing of the Al-Jazeera three prompted more Western outrage than Sisi’s coup? 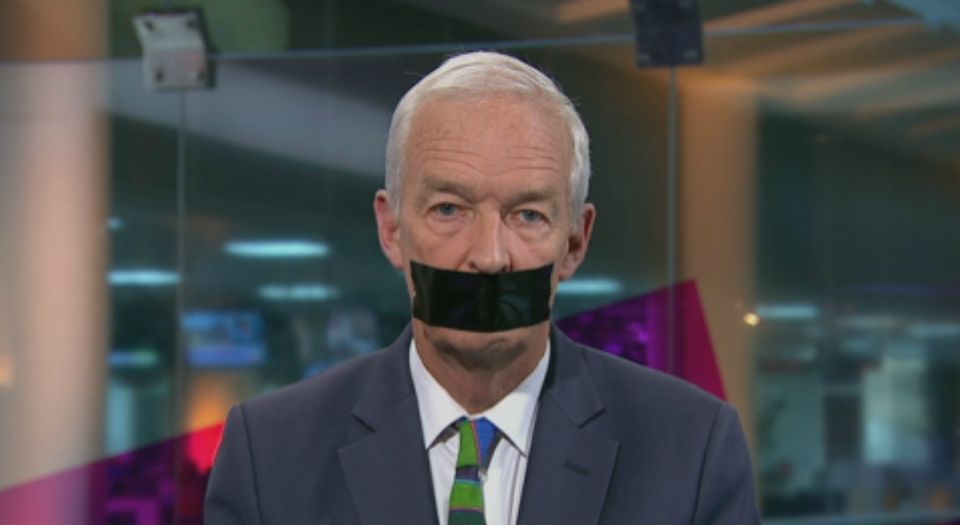 This week in a Cairo courtroom, over six months after they were initially arrested, three journalists working for Arabic news channel Al-Jazeera discovered their fate. It was not good news. Peter Greste, an Australian correspondent, Mohamed Fahmy, a Canadian-Egyptian producer, and Baher Mohamed, an Egyptian producer, were convicted of belonging to, or assisting, a terrorist organisation, broadcasting false news and working without a permit, for which they received jail terms of seven years each, with Mohamed receiving an extra three years for possessing ammunition.

There is little doubt that these were fantastical charges, grains of truth (Mohamed was, in fact, in possession of a souvenir bullet) puffed up to absurd proportions – a process of reality creation helped along by the addition to the case of students with Islamist links. There is also little doubt that the Egyptian state’s antipathy towards Al-Jazeera and its Qatari backers, due to their support for the Egyptian state’s political enemy, the Muslim Brotherhood, was a driving force behind the trial. Still, that is of little comfort to the journalists themselves: the verdict stands. And it does so as a further indictment of the state of democratic freedoms in Egypt.

And yet the international outrage prompted by the jailing of three journalists in Egypt does stick in the craw somewhat. After all, anyone even vaguely aware of what has been happening in Egypt since last July, when the democratically elected president Mohamed Morsi was deposed, and his supporters massacred, will know that the reign of the recently anointed new president, General Abdel Fattah al-Sisi, has been based on the often brutal suppression of not only dissent, but vague criticism. The jailing of three journalists ought to be a footnote to Sisi’s grand tyranny, from the hundreds of death sentences dished out to opponents, to the non-compliant now languishing in secret prisons. And yet these three journalists are now centre stage.

So, over the past few days, we’ve seen Western journalists, who have long been borderline indifferent to Sisi’s military dictatorship, wring their hands on social media and in commentaries. The BBC’s Jeremy Bowen, for instance, said the sentences were disgraceful, adding that ‘Egyptian euphoria after Mubarak’s fall feels a world away’. A commentator for the Guardian was convinced the jailing of the Al-Jazeera three shamed the Egyptian state: ‘No Al-Jazeera report could have damaged Egypt’s reputation as much as this sentence.’ And over the past 48 hours, countless Western journalists have been indulging in an ostentatious show of solidarity with Egypt’s cowed press corps by symbolically taping over their own mouths.

While Western journalists have been shaking their duct-taped heads at Sisi, Western politicians have been rushing forward to issue assorted condemnations. In the UK, prime minister David Cameron issued a statement declaring himself ‘appalled by the guilty verdicts’, noting that the trial ‘represents a blow to democratic progress in Egypt’. US secretary of state John Kerry, shortly after promising Sisi that the US would restart sending aid to Egypt, also felt the need to point out that jailing journalists ‘[flies] in the face of the essential role of civil society, a free press, and the real rule of law’. Australian foreign minister Julie Bishop helpfully suggested that ‘this kind of verdict does nothing to support Egypt’s claim to be on a transition to democracy’.

It’s all been very grand, replete with appeals to democracy, and warnings that Sisi is tarnishing Egypt’s attempt to rid itself of years of dictatorship. But the outrage, the righteous calls, and politicians’ serious faces are also rich in grisly absurdity. That an Egyptian court has jailed three journalists on trumped-up charges is not an aberration, or a blow to a burgeoning free society. No, it’s par for the course in Sisi’s Egypt. Where exactly were all the Western journalists, heads bowed in solidarity, or the Western politicians, fists raised in phoney outrage, when the Egyptian military overthrew Mohamed Morsi, Egypt’s elected president, last summer? Where were they all when the Egyptian courts began issuing their industrial-scale death sentences – in March, in April, and in June this year? Where were they all, when Sisi’s security forces began systematically dismantling all significant political opposition in Egypt, from the ban on the Muslim Brotherhood, to the arrest and slaughter of Morsi supporters? (Indeed, according to Daily News Egypt, since July 2013, over 40,000 Egyptians have been arrested on ‘political, terrorist, sectarian-strife, protesting and military charges’ – three journalists are but a drop in the ocean of injustice.)

So where were all these pro-democracy, press-freedom-espousing voices during the past year? In too many cases, they were either silent or simply cheering Sisi on. After all, as they saw it, Sisi was merely correcting the Egyptian people’s democratic mistake when he overthrew the Islamist Morsi. Contorting political language in ways that would make George Orwell’s jaw drop, Sisi’s oppressive reign, born of a coup d’etat, was presented by Kerry as a regime for ‘restoring democracy’, and hailed by the EU’s Baroness Ashton as part of Egypt’s ‘journey [towards] a stable, prosperous and democratic [future]’. Even a few weeks ago, the US was still busy slapping Sisi’s back following his victory in a presidential election in which no significant opponents were allowed to stand. ‘We are pleased that international organisations were allowed to participate as observers, and note that balloting proceeded in a calm and peaceful manner’, announced the White House at the time.

And yet it’s only now, following the sentencing of three journalists, two with links to the West, that the Egyptian state’s commitment to democracy is thought to be a bit questionable. The extent of the double standards in relation to Egypt, not to mention the selective application of democratic principles, is staggering. With the sentencing of a few journalists, the blind eyes for so long turned to Sisi’s brutal oppression have suddenly become wide-eyed with incredulity. What perplexes those suddenly awakened to the undemocratic goings-on in Egypt is why Sisi is doing something that tarnishes Egypt’s international reputation? And here’s the twist to this tawdry tale of hypocrisy and opportunism: the Egyptian state has been empowered and emboldened to act in this way towards perceived dissent, whether it’s critical news reports from Al-Jazeera or critical voices from Muslim Brotherhood supporters, by the very same Western politicians and pundits who are now up in arms. Cheered and congratulated on his way to the top by American, British and EU politicians, Sisi is now merely exercising the authority today’s not-so-great powers invested in him.