A battle for the soul of UK journalism

The bigger issue behind the phone-hacking trials is the future of a free press. 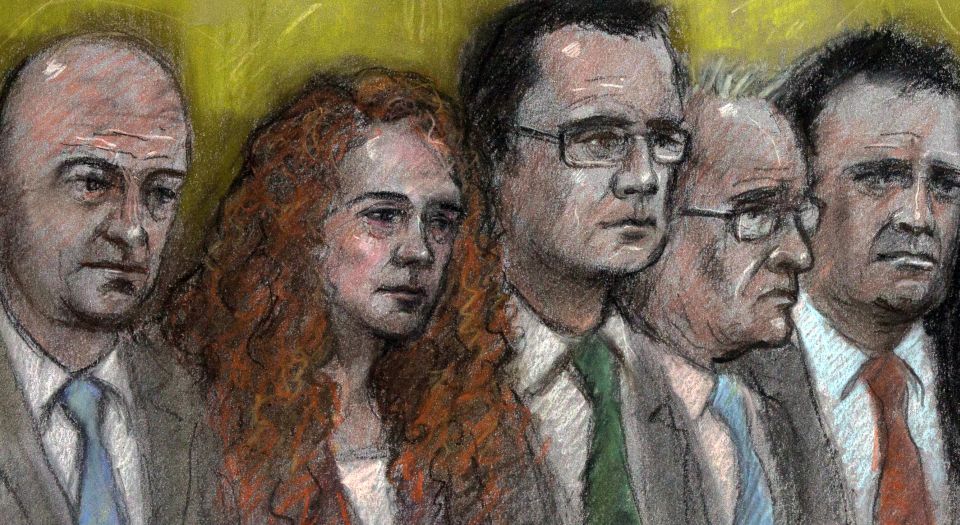 To judge by today’s UK media coverage, you might think that two different phone-hacking trials ended at the Old Bailey yesterday.

On one side, the likes of the BBC and the Guardian focus on the guilty verdict against former News of the World editor Andy Coulson, claiming that this justifies the huge three-year police and prosecution operation on phone-hacking and exposes the extent of the ‘criminal conspiracy’ at the top of the Murdoch press. These bastions of the liberal media can barely disguise their glee over the embarrassing questions this verdict raises for Tory prime minister David Cameron, who has apologised for appointing Coulson as his press supremo after he resigned from the NotW over the hacking scandal, and their excitement over reports that the Metropolitan Police may now want to question Rupert Murdoch himself.

On the other side, the Murdoch-owned papers, the Sun and The Times, understandably focus on the acquittal on all charges of Rebekah Brooks, the former editor of both the NotW and the Sun who stood down as chief executive of News International (now News UK) over the hacking scandal. Brooks’ husband and her PA, along with the former managing editor of the Sun and head of security at NI, were also acquitted of all charges, found not guilty of involvement in any so-called criminal conspiracy.

The Sun’s frontpage headline says it with typical stiletto wit, declaring ‘A great day for the redtops’ alongside a big picture of its red-haired former editor Mrs Brooks. The paper publishes a radio interview with Charlie Brooks, recorded after his arrest in 2012 but held back until now for legal reasons, describing how the police smashed their back door and came to arrest him and his wife in a dawn raid: ‘At 4.45 in the morning, 18 of them came through our kitchen door, which was a bit of a surprise. Searched our baby’s cot. Treated us like terrorists and carted us off to different police stations.’ The Sun’s combative associate editor, Trevor Kavanagh, follows this up with a comment article excoriating the prosecution, before concluding that ‘the Guardian, BBC and Independent will be in mourning today. Sanctimonious actors like Hugh Grant and Steve Coogan will be deliciously Hacked Off. We have now, thank goodness, taken a tentative step back towards a genuinely free press.’

So – proof of a tabloid criminal conspiracy or triumph for the redtops? This divide in the reports of the court proceedings confirms that, all along, the hacking scandal has been about something more than some allegations of past crimes by individuals. It has been turned into a struggle for the soul of UK journalism and the future of press freedom.

Nothing that the defendants were accused of – primarily listening to voicemail messages before 2006 and paying public officials for information – could justify the huge police operation that turned this into the biggest investigation in British criminal history. In other words, there were many more detectives investigating who hacked into Milly Dowler’s mobile phone than had earlier been trying to find who had murdered the abducted Surrey teenager in 2002.

Instead, the hacking scandal was blown up into the pretext for an all-out war on the tabloid press. Hacking victims were effectively used as human shields in a campaign to curb the tabloids by those who think that ‘popular’ is a dirty word. The Leveson Inquiry, set up by Cameron’s government after the hacking scandal and the closure of the News of the World in 2011, was not about phone-hacking at all. It was a state-backed probe into the entire ‘culture, practices and ethics’ of the press.

Lord Justice Leveson presided over a year-long showtrial in which the tabloids were found guilty before proceedings began. That is hardly surprising, given that the tabloid-bashing lobby Hacked Off inspired the inquiry in the first place, set the tone from the start via their celebrity voiceover artists, and wrote the key demands for state-backed regulation in the final 2,000-page report.

Hacked Off has been fronted and backed by celebrities and politicians seeking revenge on the redtops. But it is also supported by much of the allegedly liberal cultural elite, more than 200 of whom signed its recent demand for the press to bend the knee to the Royal Charter on regulation stitched up between Hacked Off and the political party leaders. The campaign to tame the tabloid press has been championed by the BBC and the Guardian and led by a clique of ‘hackademics’ – journalists-turned-journalism professors, or poachers turned gamekeepers. The contempt in which these snooty media types hold the popular press was made clear at the inquiry, where the broadsheet writer Joan Smith, now installed as executive director of Hacked Off, assured the good Lord Justice that she and her fellow members of the quality press belonged to ‘a different breed’ than tabloid hacks.

In this battle, anybody who believes in the historic and hard-won principle of press freedom, with no ifs or buts, should defend the tabloid press and journalism against all of the illiberal liberals, conformists, regulators and self-righteous prigs. As spiked has argued from the start of the phone-hacking scandal, press freedom is an indivisible right. As I put it in my book, There Is No Such Thing As a Free Press, ‘Freedom of the press is not to be rationed out like charity, to only the most “deserving” cases’. The hard truth is that a free press does not have to conform to anybody else’s notions of what is good or ethical journalism, or what is in the public interest to report, or of what is too offensive. In the real world, freedom is a messy business, and the press must be free to publish and be damned.

That does not mean that journalists should have a blank cheque to break the law. But it does mean that they should not be singled out for special prosecution and punishment, either. It is also worth recalling, amid the condemnations of the indefensible hacking of crime victims’ phones, that every great journalistic story has also involved reporters breaking the rules and often the law. Even the Guardian’s top investigative reporter admitted hacking phones at Leveson – for ‘ethical reasons’, of course.

The entire debate about phone-hacking and press regulation has been based on the myth that the UK press has been too free and must be tamed. Now the tabloid-bashers are congratulating themselves that the redtops will have to be more ‘sober’ in the future. That would be a crying shame. In truth the press was not free enough, even before the latest crusade to regulate it began. There might be many imperfections in our press, in print and online. But nowhere in the world is the problem that the press is too free.

It is a sign of how far press freedom has fallen out of fashion that some have expressed their anger, not at the attempt to frame all tabloid journalism, but at the acquittal of Rebekah Brooks. The Guardian’s Roy Greenslade, another professor of journalism, told the New York Times that ‘people will be outraged that the prosecution couldn’t make a good enough case’. Which sounds like saying that we know she’s guilty, regardless of the verdict. In fact, the jury are to be congratulated for finding there was no real evidence of her guilt, despite the extraordinary lengths to which the prosecution went to convict through the eight-month trial, and the way the judge summed up against the defendants. That is why decisions about what is in the ‘public interest’ should be left to the public, not politicians, high court judges or ‘independent’ regulators.

What matters most in all of this is the future of press freedom and journalism. Journalists from the BBC, Channel 4 News and other big outlets have been demonstrating in defence of the reporters convicted in Egypt, declaring that ‘journalism is not a crime’. Let us hope that they remember that slogan as the authorities prepare to prosecute more tabloid reporters over here.