The DfE has long urged parental involvement in schools - here's the result. 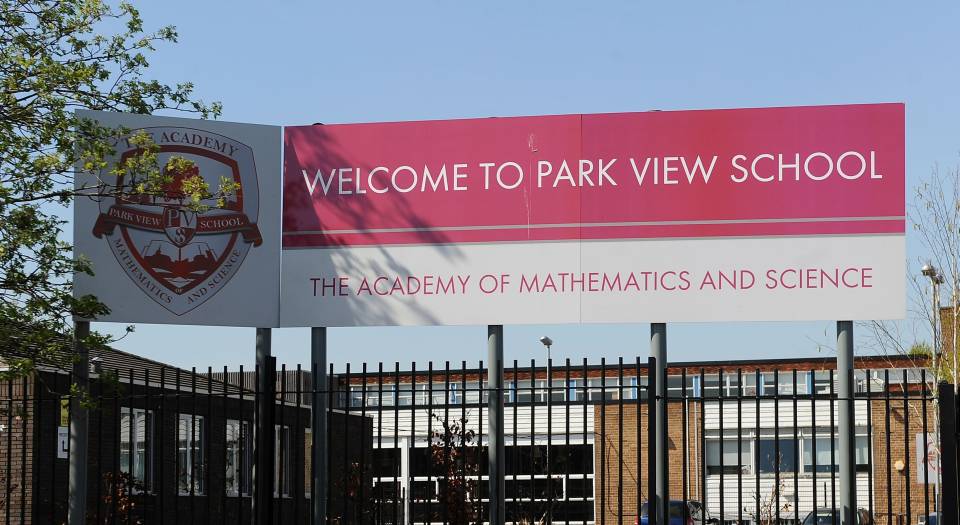 Dark hints of a conspiracy to radicalise the nation’s schoolchildren have led to so-called ‘Trojan horse’ allegations against Park View Educational Trust in Birmingham. But the carefully executed subterfuge deployed by the Greeks against Troy is not actually an apt metaphor for the behaviour of those running the educational trust. Because if there was a conspiracy, it was one carried out in the open. After all, anyone who cared to enquire would have had little difficulty discovering that these schools were dominated by an Islamic ethos.

The findings of Ofsted chief Sir Michael Wilshaw, who said that ‘a culture of fear and intimidation has taken grip’ of several Birmingham schools, five of which are now in ‘special measures’, should not come as a surprise to anyone familiar with the goings on at Park View Educational Trust’s academies. What is surprising is that even now the Department for Education (DfE) is unaware of its own responsibility for the mess it has created. For some time, politicians have encouraged parents to involve themselves in the running of their children’s schools. Parents and members of the community have even been urged to become school governors and to provide leadership and guidance to members of staff.

Unfortunately, parental influence over the management of schools almost always has regrettable outcomes. In theory, parents are meant to be able to hold teachers and heads to account; but in reality, they merely force educationalists on the defensive. The pressure parents exert distracts and disorients teachers. And, in the more extreme cases, the interventions of parent governors actually politicise a school’s curriculum. Take the impact of citizen-packed local school boards in the US, for example: their political influence, which is usually informed by a Christian fundamentalist agenda, often negates the educational needs of the classroom. In Birmingham, although the influence is exercised by people from a different faith, the outcome is very similar.

So, at a time when government policy celebrates the false god of parental pressure, there is no need for a Trojan horse. What happened in Birmingham is a fiasco created by policymakers who simply do not understand the importance of maintaining the independence both of schools and the institution of education more broadly. So when Wilshaw reported that ‘governors are exerting far more influence than is appropriate or acceptable’, he evades the question of why that has happened. After all, just how much pressure from governors is inappropriate? Recommending course content? Determining the cultural values that dominate the classroom? Influencing the employment of suitable staff?

Wilshaw does implicitly recognise that one of the problems in Birmingham is the influence exercised by school governors. Hence he calls for the employment of ‘professional governors’ – that is, not parents, but professionals approved by Whitehall! This is another way of saying that Ofsted wants to insulate schools from the influence of precisely the constituency that was not so long ago heralded as the saviour of the education system.

A conspiracy of silence

If there is a conspiracy of silence here, it emanates from officialdom. As the UK home secretary, Theresa May, has indicated, the DfE has known about these unhappy developments in Birmingham schools since 2010. The local authority must have been aware that not everything was perfect. But everyone still chose to ignore what today is described as a disturbing development. Indeed, Ofsted had previously classed one of the schools involved, Park View School in Washwood Heath, as ‘outstanding’. That the same schools are now to be placed in special measures is not the outcome of a sudden deterioration of standards. Rather, it’s that the DfE risks losing control over schools run by highly motivated and driven governors.

There is also a question of what values should influence education. Most of the time, the question of values is ignored for the simple reason that governments find it difficult to spell them out. The absence of consensus about the history curriculum, or the meaning of being British or multiculturalism, is testimony to the confusion surrounding values in schools. What the school governors in Birmingham have done is to offer a very explicit set of values to pupils, which has merely brought the problem to the surface, because those values just happen to be very un-British. What the episode in Birmingham exposes is not so much an Islamic conspiracy on the march, as it is the marginalisation of British values in the classroom.

Sir Michael Wilshaw has not revealed a problem of schooling; rather, he’s highlighted the failure of British society to generate the kind of values conducive to the conduct of an enlightened community life. As far as Park View Educational Trust is concerned, British culture simply does not provide a model it wishes to promote in the classroom. Tragically, one suspects that the failure of British society to provide a positive account of itself may well lead others to look elsewhere – often in the wrong places – for moral inspiration. In response, the government has already announced that schoolchildren will be taught British values. Given the difficulty that this and previous governments have had in explaining what those values are, it is unlikely that they will be rediscovered in the depths of classroom cupboards.