Why does any criticism of Thomas Piketty really rattle liberal observers? 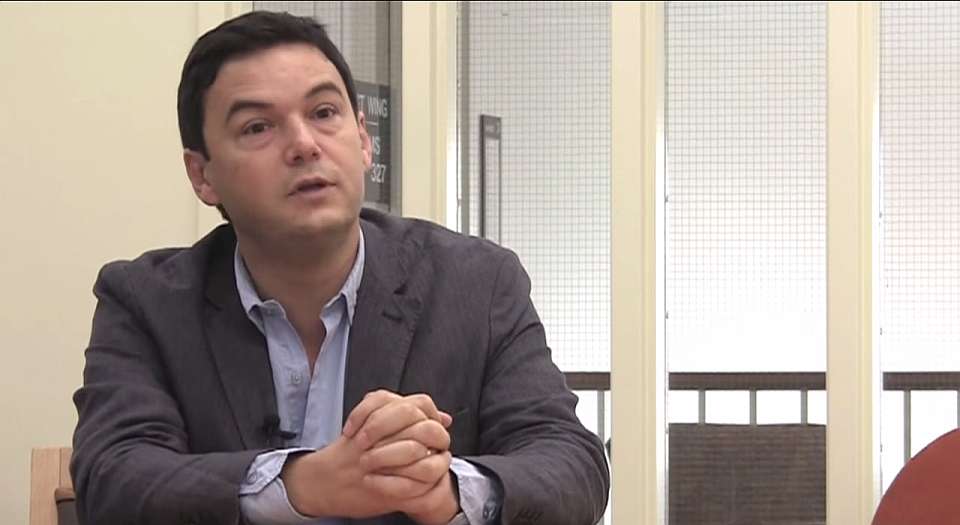 Thomas Piketty’s bestseller on economic inequality, Capital in the Twenty-First Century, has generated tons of media commentary in the US and UK. Most reviewers, including critics, have praised the book for its collection of data on income and wealth across centuries and countries. However, the quality of Piketty’s statistical work was recently called into question by Chris Giles, the economics editor of the Financial Times.

According to Giles, ‘the rock-star French economist appears to have got his sums wrong’. He noticed that Piketty’s figures, which showed that Britain’s richest 10 per cent owned over 70 per cent of the wealth, were very different from the recently published data from the UK government statistical agency, which showed the top 10 per cent owning a much lower percentage (44 per cent) of the wealth. This led Giles and the FT team to dive into Piketty’s spreadsheets (which Piketty had made available online), where they found what they believe to be mistakes: transcription errors and incorrect formulas; data that appeared to be cherry-picked or constructed ‘out of thin air’; unexplained adjustments to raw data. All in all, the FT concluded that its investigation ‘undercuts’ Piketty’s findings regarding wealth inequality and his broader conclusions based on that data.

The controversy took off last week, with Piketty’s supporters and detractors taking sides. Then Piketty himself weighed in towards the end of the week. In short, he defended his work and conceded little: ‘The FT suggests that I made mistakes and errors in my computations, which is simply wrong… The corrections proposed by the FT to my series (and with which I disagree) are for the most part relatively minor, and do not affect the long-run evolutions and my overall analysis, contrary to what the FT suggests.’ In turn, Giles responded that there are many data anomalies that Piketty still does not fully explain.

There is much that can be debated and disagreed with in Piketty’s Capital, as I noted in my critical review for spiked. However, his data are not really the problem. Giles and the FT have raised reasonable concerns, but it appears they tried to oversell their findings when they claimed Piketty’s alleged data manipulations undermined Piketty’s arguments.

The Piketty-FT debate should be seen for the arcane technical dispute that it is, but instead many claimed that it was a Big Deal, a decisive political debate for our times. This overblown reaction highlights how Pikettymania has got out of control. Your attitude to Piketty’s Capital – a 700-page tome that many have not read – has become a badge indicating that you are right-on (or not) when it comes to inequality.

Pikettymania took flight when the left hailed him as extraordinary, a hero, and claimed his book would utterly transform the policy discussion towards questioning capitalism. Liberal economist Paul Krugman considers Capital ‘the most important economics book of the year – and maybe the decade’. Even those who disagree with the content feel obliged to claim the book is exceptional; for example, Lawrence Summers, a top economist in the Clinton and Obama administrations, says it is a ‘Nobel Prize-worthy contribution’, even though he finds Piketty’s theory to be wrong.

Piketty’s elevated status derives primarily from liberals’ desire to promote the issue of inequality. For many years they have tried to push the question of inequality up the agenda, most noticeably in liberal commentators’ bigging-up of the short-lived Occupy movement in 2011. President Obama gave a renewed push in late 2013 when he called income inequality ‘the defining challenge of our time’. But despite these efforts, the issue has not captured the public’s imagination. According to Pew polls, most Americans recognise that inequality has grown, but fewer than half believe it is a big problem. Other polls indicate that addressing inequality is well down the list of voters’ priorities.

This explains why liberal politicos have invested so much in Piketty. Their hope is that Piketty does what they themselves have been unable to do – force the issue of inequality to the top of the political agenda, as an issue that plays to their partisan advantage. The skyrocketing sales of Capital seem to support their view that the book is a game-changer. But it remains highly questionable whether inequality will become a true concern beyond the elite itself: indeed, the fact that US sales of Piketty’s book are highly concentrated in the liberal – and wealthy – bastions of Washington DC, New York and Boston would suggest not.

The desire to use Piketty as a one-word argument to end all arguments also explains why liberals rushed to his defence against the FT, before the author himself had fully responded. Immediately, they began to question the motives of Giles and the FT rather than addressing the specific issues raised. Paul Mason in the Guardian claimed the FT was narrowly defending its readership. ‘If Giles is right, then all the gross designer bling in the FT‘s “How to spend it” can be morally justified’, he said. Krugman cited Giles’ work as evidence of ‘creeping Murdochisation’ at the FT.

The most common response from liberal writers to the FT’s charges was to dismiss them, to say ‘it doesn’t matter’. This reaction showed how Piketty has become an article of faith for such people. As I mentioned, challenging Piketty’s data set is not really taking on his arguments in full. But that doesn’t mean that data shouldn’t be questioned – especially when Piketty himself so often cites his database as the source of his authority for broader conclusions, and others are claiming it is ‘Nobel Prize-worthy’. If nothing else, Giles has provided a useful service by pointing out how sketchy wealth data are, and how we should be wary of making the kind of bold predictions about the future that Piketty does, on the basis of those data. But rather than welcome the FT’s research as helping to clarify the issues, liberals saw it as a threat to Piketty’s totemic status, and generally adopted a tone of ‘How dare they!’. Those who were now outraged that the FT had dared to ‘sensationalise’ and ‘overhype’ its Piketty charges were the same ones who had just spent the previous two months saying Piketty walked on water.

When the Great Man himself responded to the FT, his annoyance at having to deal with someone raising questions about his awesome work was clear. ‘Ridiculous’
and ‘dishonest’ was how he initially described the FT’s findings. In his full reply, he says the FT’s points were ‘criticism for the sake of criticism’ – in other words, this wasn’t a genuine search for the truth. In response to a number of the FT’s specific charges, Piketty says that he often had to adjust the data because of their inadequacies, and he applied his best judgment. He admits that in a few cases he could have been more explicit in describing his adjustments.

Such a response may lead to more questions, but not from his loyal supporters, who were busy celebrating Piketty’s ‘victory’ over the FT. ‘Piketty’s devastating point-by-point rebuttal’, says Robert Kuttner, shows that Giles ‘made a fool of himself’. Economist and New York Times contributor Justin Wolfers tweeted, ‘Debate’s over folks’ – providing further evidence for Joel Kotkin’s theory of the spread of a ‘debate is over’ syndrome among the modern left, which seeks to impose a stifling conformity on a variety of issues (from climate change to the causes of poverty and the definition of marriage, among others). Krugman concluded that the FT-Piketty debate showed the persistence of inequality ‘deniers’ – the same term of abuse thrown at today’s heretics who dare to question climate-change orthodoxy.

This anti-intellectual ‘nothing to see here, folks’ approach is wrong; more, not less, debate should be encouraged. Piketty’s data is fair game, but there’s much more to his argument that should be questioned, too. Even if Piketty’s figures are perfect, he still cannot explain why inequality changes over time, nor back up his predictions for the future. Moreover – as I pointed out in my review of his book – we should challenge the elite’s obsession with the lives of the rich and famous, which distracts from a proper discussion about economic growth and increasing living standards for all.

The left’s obsequious devotion to Piketty the Saviour is quite desperate. Do they really think that the only reason the masses don’t join their campaign is that, until Piketty’s arrival, they hadn’t heard the word that the rich have got richer in recent years? In a world where London house price bubbles and rising share prices in New York have been talked about for ages, people are hardly shocked to learn that the rich have done well from such things.

Today’s inequality discussion is an exceedingly middle-class/professional affair, made up of envy and disdain towards the ‘one per cent’ above the middle classes, combined with scathing criticism of the materialistic, McMansion-buying and overfed workers below them. Pikettymania is the latest product of that discussion, and it reveals a liberal elite trying to make its petty and partisan concerns about inequality into another topic we are not allowed to question.