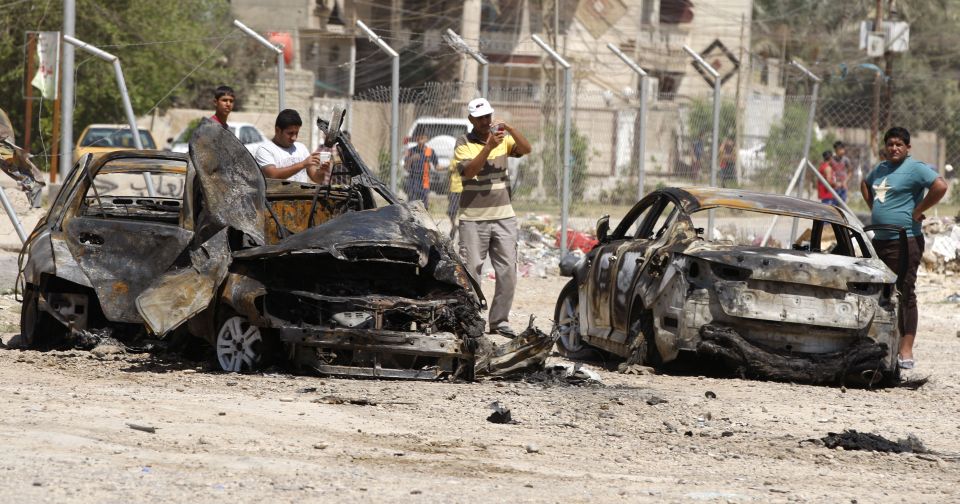 So, it appears that it wasn’t Tony Blair, one-time UK prime minister and now full-time object of Labourite disillusion, who was behind the interminable delay to the publication of Sir John Chilcot’s report on the rationale behind the Iraq War. No, the supposed reason for the Chilcot Inquiry taking five years and counting to reveal its findings lies in a spot of Whitehall wrangling over the extent to which private correspondence and conversations between Blair and the then US president, George W Bush, can be published in full.

The problem, it appears, is that the Bush-Blair confabs cannot see the light of public day because it would violate diplomatic protocol. So, to expedite an inquiry that has lasted far longer than it took to invade and devastate Iraq, Chilcot and the cabinet secretary, Jeremy Heywood, have reached an agreement to publish the ‘gist’ of Blair’s tête-à-têtes with Bush – that’s right, not every whispered sweet nothing between the two, but just the ‘gist’.

The response from many critics of the Iraq War, and from opponents of the Blair’n’Bush era in general, has been predictable. The gist of what Bush and Blair said to each other is not enough, they say; we need the unexpurgated truth, the word-for-word record. And when we have this evidence, we can issue the final word, the absolute, indubitable judgement on who was responsible for what one critic calls the ‘worst error in British foreign policy since the unsuccessful invasion of the Suez Canal in 1956’.

This response is hardly a surprise; it is of a piece with the contemporary obsession with transparency in politics. That is, anything a public figure does in private, be it meeting someone or sending an email, is now automatically considered suspicious, a site of potential wrongdoing, an opportunity to pursue pocket-lining self-interest. Secrecy and discretion, once deemed indispensable to the workings of government because they allowed ideas to be mooted and uncertain thoughts aired, are now seen as a blight on government. If you’ve got nothing to hide, goes transparency’s mantra, then you’ve got nothing to worry about. The implication is clear: insisting on secrecy is seen as the act of someone with something to hide. And right now, Blair is certainly seen as a very secretive man. As John Major, Blair’s Conservative predecessor as prime minister, put it, holding things back from the Chilcot report ‘will leave suspicions unresolved and those suspicions will fester and maybe worsen’.

But even given the contemporary obsession with transparency, there is still something infernal about the persistent demand for the complete, unadulterated truth about what went on in the lead-up to the Iraq War. It’s not as if there is much that is unknown. Blow-by-blow accounts and analyses, with titles like Iraq and the Illusion of Morality, Blair’s Wars and Lies, Damned Lies and Iraq, lie thick on the ground. And then there are the previous inquiries and reports: Lord Hutton’s into the circumstances surrounding the death of David Kelly, a British weapons inspector; Lord Butler’s into pre-war ‘intelligence failures’; and the US Senate intelligence committee’s phase II report which featured the damning quote, ‘the [Bush] administration made significant claims that were not supported by the intelligence’. All in all, we know beyond doubt that the WMD pretext for the Iraq War was ‘sexed up’, that dossiers of evidence were crammed full of third-hand reports and student analyses nicked off the internet, and that, in the words of then foreign secretary Jack Straw, ‘intelligence and facts were being fixed around the policy’. We know, in short, that the Iraq War was not justified in its own terms of disarming Saddam Hussein, Iraq’s unpleasant but militarily weak president. And we know, tragically, that it has been an unqualified disaster for the country.

And yet, from some quarters, the demand to know something more, no matter how ineffable, persists. No amount of fact-raking, no number of inquiries, no volume of analysis is enough, it seems, to sate the desire to know more precisely what happened in the run-up to the Iraq War. In this most pored-over of conflicts, there is always seemingly something unknown demanding to be known. In this case, it’s what Blair and Bush said to each other in 150 or so notes and messages, but it will soon be something else.

In a sense, of course, we know full well what many are certain is there just awaiting discovery. It’s the proverbial smoking gun; it’s the message, or the email, or the note, that reveals the conspiracy of Bush and Blair, the point at which it is shown beyond doubt that either or both effectively made stuff up to justify the war – that, in short, they deliberately fabricated the WMD story as a ruse to invade Iraq for nefarious, no doubt oil-related, reasons. That is what many fantasise is out there: proof of the plot.

While few state the conspiracy theory behind the calls for transparency as bluntly as that, it’s certainly lurking in the discursive background. So according to one anti-Iraq War columnist, ‘What we still don’t know are the promises or messages Blair gave Bush without telling the British parliament or public. Hopefully, we will finally now find out before the end of the year.’ The Guardian’s editorial was more negative but equally conspiratorial: ‘If there is neither confirmation nor denial of [Blair’s] “whatever you decide to do I’m with you” quote that may lie behind the calamitous pretence that there was no prior agreement on invasion, then many will wonder if it was worth the wait.’

That is, unless Chilcot reveals Blair’s ‘promises or messages’ to Bush, unless Chilcot exposes claims that there was no prior agreement to go to war as a ‘calamitous pretence’, unless, in short, Chilcot shows once and for all that the Iraq War was the product of the machinations and mendacity of Blair and Bush (and his ‘neocon’ mates), then it will not be sufficient. It will lack the stamp of finality. A Telegraph columnist unwittingly captures this yearning for ultimate judgement. ‘What [the public] needs is the sight of an austere-looking man, in a rather dull suit, walking up to a lectern, holding aloft a large, imposing document, and announcing, “What happened in Iraq was wrong. In here it tells you why.” That’s the way to get closure. The only way to get closure. “Iraq was wrong: Official.”’

Here, at last, we get to the anti-political core of the complementary mixture of transparency-worshipping and conspiracy theory fuelling the ongoing determination to root out the evil of the Iraq War: the demand for an authority external to politics to adjudicate and apportion blame and responsibility. From the calls for Blair to be dragged to The Hague on war-crime charges to the demands for yet another public inquiry, the Iraq War’s Blair-obsessed critics desperately want someone from outside politics – ideally a judge – to pass judgement on the Iraq War, officially to say that it was wrong. Hutton failed. Butler failed. And no doubt Chilcot will fail, too. But the demand for this ultimate, unassailable pronouncement, issued by an authority apart from the political fray, will persist.

It will persist, not because Whitehall refuses to sanction the release of confidential correspondences, or because the particular functionary heading up the inquiry lacks cojones, but because the search for the source of judgement is being conducted in the wrong place. That’s right, it won’t be found in a court of international law; it won’t be found in a committee room; and it won’t be found in the pages of a report. Rather, judgement of the Iraq War can only originate in the political sphere, among people willing to argue against it on principled, moral grounds, among people willing to say that the invasion of a sovereign territory is wrong, that self-determination and democracy can only be won from within a society, not imposed from without. That is what should have been at issue, the rights and wrongs of invading another country, not WMDs or dodgy dossiers. Yet this political opposition, this principled argument, this exercise of moral judgement, was wanting at the time of the Iraq War, when vain, posturing critics blathered on about UN resolutions and legal justifications for war, and it continues to be wanting now.

The real truth about the Iraq War is this: on 18 March 2003, 412 British MPs voted in favour of military intervention and only 149 voted against. Given the chance to oppose the war, to exercise political and moral judgement, the vast majority of Britain’s politicians chose to support war. Perhaps Blair and Bush can be blamed for a lot, but they can’t be blamed for that.