The green and NIMBYist war on housebuilding

Nearly everyone recognises that Britain needs more houses. So why won’t we build them? 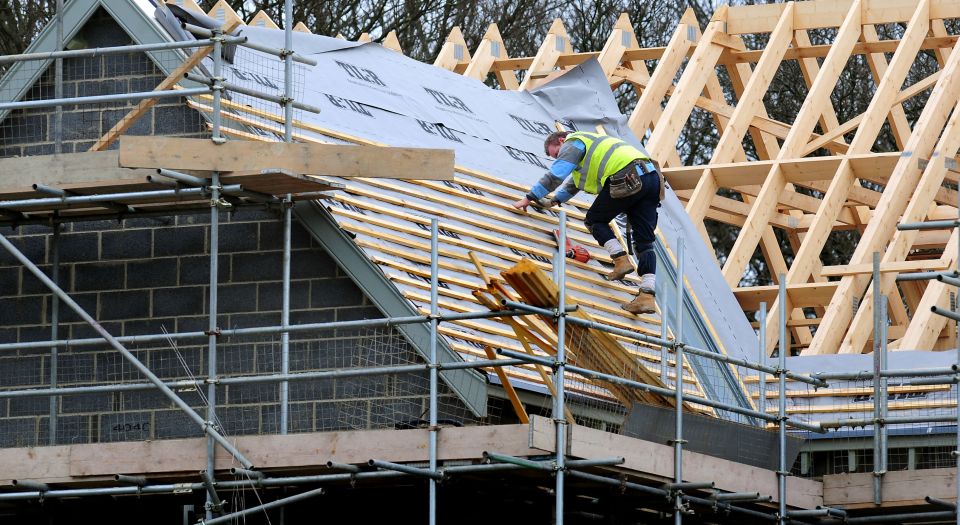 Bank of England governor Mark Carney says the housing shortage is damaging the British economy. UK prime minister David Cameron agrees, but points to a 31 per cent rise in housebuilding. Labour leader Ed Miliband says we need to invest in bricks and mortar more than subsidising landlords through housing benefits.

Carney is right that the shortfall in housebuilding is causing big problems for the economy. There are just too few houses for the number of people who want them. The rate at which new homes are being built is not enough even to replace the ones that need to be knocked down (which means that the housing stock is ageing). The number of households is growing much faster than houses are being built. The shortfall was first identified in 1996 – and in not one year since have enough houses been built to meet demand, so that the problem has been slowly getting worse and worse. As a result, overcrowding, sub-divided homes and homelessness are all on the rise.

This shortfall in housebuilding would be a problem in any society. But in Britain in the twenty-first century, with its surplus capital and low rates of investment, it means one thing above all: rising prices. Cheap credit stoked the house-price boom in the 1990s right up to 2008. Limited supply colliding with cheap money pushed house prices into the stratosphere – the average in London is £458,000, and in the rest of the UK £253,000, or nearly 10 times the average yearly wage (rents follow house prices, so London’s average is £1,500 per month, and the country’s £665 per month). Those prices are a burden to first-time buyers and renters. (Of 23million households in Britain, 8.4million rent, with half doing so privately and half as social tenants; the other 15million live in homes that they own, about half of whom are paying off a mortgage and half of whom own outright.) For those who own outright, and for those who can meet their mortgage payments, rising prices are a boon, which adds to intergenerational inequalities.

Carney is surely right that Britain’s housing market is dysfunctional. Imagine any other business absorbing five trillion pounds worth of investment while failing to meet the basic minimum target for growth every year over a quarter of a century.

In the Guardian, Deborah Orr writes with some justification: ‘Any party that presides over low interest rates and rising property prices will now achieve good poll ratings. No wonder politicians have, for decades now, been calling for a housebuilding boom to tackle the supply problem, while remaining privately relieved that it never really quite seems to take off.’

The government’s ‘Help to Buy’ scheme that subsidises mortgages for the middle classes has had some impact on housebuilding, but not enough. The fear must be that it will join previous building programmes on the scrap heap of history, from John Prescott’s ‘Housing Summit’, through to the Thames Gateway development and Gordon Brown’s eco-towns, right up to Eric Pickles’ promises and Nick Boles’ right to build. None of these got off the runway.

In 2001, some of us first started to raise the alarm about the shortfall in housebuilding. Tory minister John Selwyn Gummer had pointed to the problem in 1996, but at the time the depleted authority of the Conservative government made people sceptical of almost everything it said. Economist John Stewart for the Home Builders Federation pointed out the arithmetic that showed we were failing to replace our dilapidated stock, let alone meet new demand. Back then I, Ian Abley and others campaigned over the issue to draw attention to the failures, as part of Audacity, and in spiked, just as economist Kate Barker issued her report blaming the shortfall in building for bidding up prices. At the think tank Policy Exchange, Alan Evans called for a freeing up of the planning laws.

We ought to have won the argument, but the opposition to change was much fiercer and more strident. It was to be expected that the Campaign to Protect Rural England would defend the Green Belt. What was more surprising was that they were joined by left-wing London mayor Ken Livingstone, Sir Richard Rogers of the Urban Task Force, as well as the full might of the Tory shires, all desperate to prevent any incursion on the Green Belt. We said at the time that the failure to build was a slow-burn disaster that would damage people’s lives for years to come. But we were opposed by all the wise owls at the Guardian newspaper, as well as the Daily Mail. A toxic mix of environmentalism and NIMBY conservatism painted all development as capitalist bulldozing, a ‘Tsunami of Concrete’ as Tristram Hunt, before he became an MP, put it at the time (Hunt’s oxymoron was telling – a concrete wave does not move).

Since then, most of the critics have quietly set aside their previous views and accepted, in principle at least, that more homes have to be built. Even Tristram Hunt and the Guardian talk about the need to build as if they had not campaigned against it for the past 15 years. Some diehards like Danny Dorling still insist that because there are empty homes in Liverpool, there is no shortage (but then there are empty homes in France’s Massif Central, too, if it comes to that). But even though most accept the need, the homes are not built, and each successive government-led programme fails.

The reason is not hard to see. Any building programme that could go some way to meeting the problem would mean change. Building homes in numbers means that people move around. New people come in. Older estates are knocked down, or green fields built upon. The last time that there was substantial housebuilding, under Labour housing minister Richard Crossman, it changed the face of Britain, raising up new estates and high-rises – which were decried by middle-class hysterics. Building workers’ activist Brian Behan saw the mass of construction workers set at it as a potential army in the industrial conflicts of the time; and when Des Warren and Ricky Tomlinson struck out a building site in Shrewsbury, in the national building workers’ strike of 1972, they were subject to a full-scale police conspiracy that sent them to jail. Change disrupts the social order, which is why people react so badly against it.

Right now a building programme around Manor House in north London is subject to a major controversy over the supposed ‘gentrification’ of the area. While the complaints of the remaining council tenants ought to be dealt with, the objections to the development are quixotic.

The same Guardian that says we need to build new homes bristles when those homes are built, claiming the regeneration is a ‘con trick’. The newspaper’s writers laud the lost community that will be broken up as the new flats are built – though back in 2004, the Guardian’s sister paper, the Observer, claimed that ‘the estate is one of the most crack-infested areas of the country’. The supposed problem of gentrification is not really a problem of housebuilding, but of not housebuilding. If the supply were better, prices would not have risen so high that working people are priced out of central London. The lip service paid to new building is thin compared to the entrenched hostility to social change. This ends up in a defence of the dilapidated Woodberry Down Estate as if it were the Karl Marx-Hof in Austria in the 1930s, facing the brownshirt onslaught.

Mark Carney is right to be worried about the impact of Britain’s housing-supply crisis. But it is overstating the case to say that it threatens the recovery. Certainly, the refusal to build is symptomatic of the limits to growth in Britain. But there are other indicators, too, such as the way that productivity growth has ground to a halt.

A substantial building programme is needed to build the houses for our children to live in. It would be a great boon to the economy, too. Builders would be in work, suppliers would get new business, and the housing sector would not soak up all the available credit. But the housing-supply crisis is just a part of the problem, and indicative of a generalised retreat from growth. That is a problem whose resolution is not a technical matter, but rather demands a whole new attitude to growth in Britain.

James Heartfield is author of Let’s Build! Why We Need Five Million New Homes in the Next 10 Years. (Buy this book from Amazon(UK).) He is also the author most recently of The European Union and the End of Politics, published by ZER0 Books. Visit his website here.