Student censors, your time is up

Campus censorship makes a mockery of student politics. Time to shake it off. 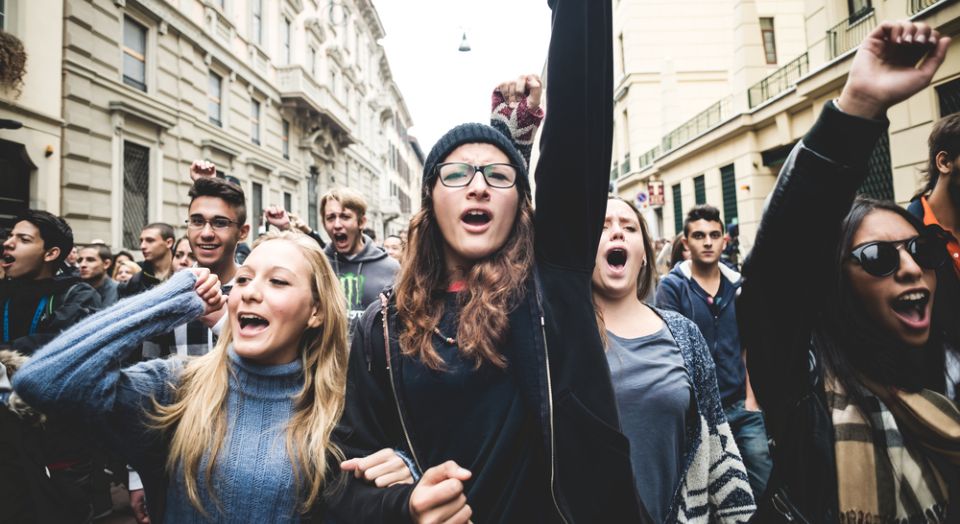 This is an edited version of a speech given at King’s College London as part of spiked’s ‘Down With Campus Censorship!’ campaign.

Student unions clamping down on free speech is nothing new. Since the passing of the NUS No Platform policy in the 1980s, which bans union affiliates from debating with members of extremist parties, a culture of banning, boycotting and plain censorship has permeated and corrupted student politics.

Today, it’s easy to be dismissive of it all, as the bans have become more and more banal and their justifications more and more flimsy. Recently, we’ve seen the University of Derby’s student union attempt to ban the entirety of UKIP on the grounds that the burble of the notoriously gaffe-prone party poses a threat to student safety. Meanwhile, the University of Cardiff’s student union keeps trying to pass a motion that would effectively outlaw ‘pro-life’ societies and demonstrations on campus.

Last year – which was dubbed ‘the year of the ban’ by the Tab – the state of affairs went from the troubling to the vaguely ridiculous, as near-enough 30 universities banned Robin Thicke’s pop smash ‘Blurred Lines’, as well as tabloid newspapers, such as the Sun and the Daily Star, as part of the national No More Page 3 campaign. These bans were argued for under the bizarre notion that they were underpinning a culture of misogyny, even sexual violence, on campus.

It’s a strange state of affairs: where once student unions wanted to protect students from the racist invective of Nick Griffin, now they want to protect you from the come-hither warblings of Mr Thicke. But as these bans have become more banal, more hysterical, the need to challenge them is all the more important. Critics of our campaign have wondered why, when there are so many things to campaign on, we should be criticising the students who are at least trying to Do Something. My position is simple: of all the supposedly dangerous ideas running rampant on university campuses at the moment, the idea that restricting what students can say, read or listen to is in any way a positive step poses the greatest threat of all to student politics, and to the very idea of the university.

Free speech is a crucial liberty for students. Any university worth its salt should be a place in which all ideas, no matter how offensive, are constantly debated and scrutinised. And, out of this process, springs the possibility for a truly radical student politics.

If anything, student politicos today are retreating from the radical gains of the past. In the 1960s, students were fighting for free speech, not insisting it be clamped down on. They were fighting against university management, who actively restricted free speech for fear that impressionable young students would be turned into Communist sleeper-agents. At the University of California, Berkeley, students marched under the banner of the Free Speech Movement to topple the censorship of their university. For them, free speech was the bedrock liberty from which they could begin to enact real social change.

It’s a far cry from today, when student unions, and the so-called radicals who lean on them, have prized conservatism over radicalism. Shrinking in relevance and broadly alienated from the student body, they, like the commie-bashing professors of old, are clamping down on everything from extremist nutters to topless women in order to protect their supposedly vulnerable, impressionable peers.

Rather than marshalling their free speech in order to change the world, students today are encouraged to seal themselves off from the world.

As students, you should take all of these bans, no matter how they are justified, as an affront. Like the tweeded campus censors of old, student unions think you are too simple-minded to be exposed to certain ideas or even certain images without blindly imbibing their logic. And in an even more shocking move, they often argue that you are too vulnerable to hear coarse, offensive or even merely challenging ideas without being reduced to a quivering wreck. The idea that the arguments of UKIP pose a threat to the mental wellbeing of students, to their ability to ‘feel safe on campus’ (as Derby SU put it), speaks to a degraded idea of what it is to be a student today.

It is for these reasons that campus censorship must be resisted at every turn. The truth is that when student unions ban a speaker, a newspaper or a pop song, they are not challenging dodgy ideas, they are not helping to push for a more progressive society – they are merely saying that you, the student body, are too fragile and stupid to listen to sense. And any time someone tries to tell you that, you should marshal your own right to free speech and tell them where to go.