Will, Kate and the myth of a monarchist revival

Their Oz trip shows that both republicanism and monarchism are screwed. 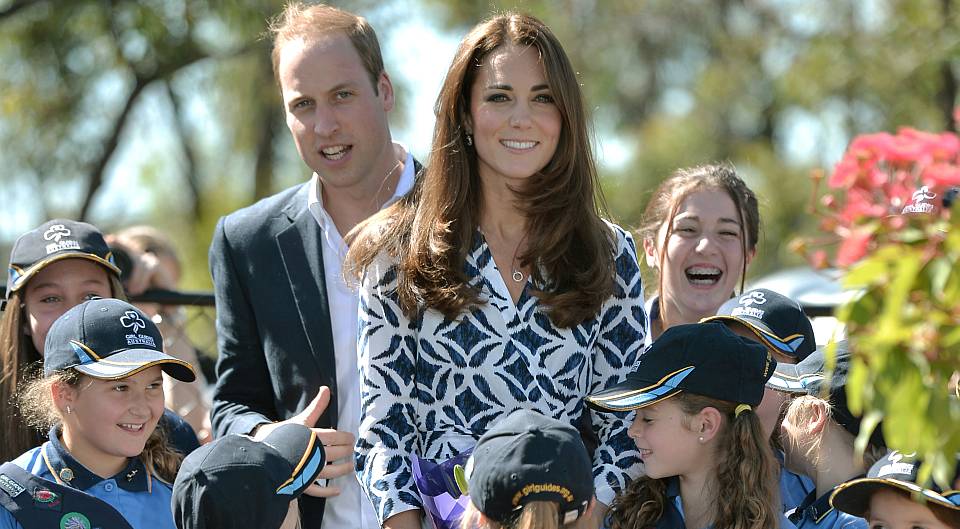 Republicans who think that the only people who like the royal family are little old ladies with blue rinses on their heads and Queen Mum crockery in their cabinets have had a rude awakening this week.

For as Prince William and the Duchess of Cambridge – or Will’n’Kate, to give them their proper title – have ligged their way through Australia, a poll has found that Generation Y is now more favourable to royalty than any of the other generations are. The Fairfax-Neilsen poll asked Aussies ‘Do you think Australia should become a republic?’. Fifty-one per cent of all respondents said ‘No’ – the highest level of opposition to a republic in Australia in three decades. And it was among 18- to 24-year-olds that hostility to a republic was firmest: only 28 per cent of these guys said Australia should turn republican, while 60 per cent said they’d rather keep the status quo – that is, Elizabeth II as Queen of Australia, and Kate as Queen of Hearts.

The wild popularity of Will and Kate’s trip Down Under has rattled republicans. Not only are fairly hefty numbers of people lining the streets to scream their approval of Kate in particular, but Gen Y now seems decidedly republic-sceptic. Political observers are hotly debating this ‘waning’ of republicanism in Oz. Some suggest that Prince George – whose cherubic face is appearing in Aussie papers daily at the moment – is a ‘republican slayer’, his cuteness single-handedly responsible for ‘the upswing in support for the monarchy’. Australian (and British) monarchists are cock-a-hoop about the seeming shift of Australia’s Gen Y towards monarchism, having a good old laugh at failings of the Australian republican movement, as evidenced in the fact that, as one headline put it, ‘Young Australians Just Love The Monarchy’.

But these monarchists need to calm down. For while it is certainly true that Will and Kate’s popularity and Gen Y’s seeming anti-republicanism point to a downturn in the fortunes of the Australian republican movement, it’s far from clear that they speak to a serious revival of monarchism. On the contrary, Will and Kate’s very successful trip exposes the crisis of both republicanism and monarchism today, where the self-styled defenders of republican values have clearly failed to make the case for a more democratic political system, and the monarchists now have to make do with appealing to celebrity culture, to a general public fascination with well-known attractive figures like Kate, in lieu of being able to convince people to embrace the virtues monarchism was once underpinned by: tradition, hereditary rule, Godliness.

The polls and discussion in Will-and-Kate-obsessed Oz suggest that one of the key motors of so-called monarchical sentiment today is actually frustration with the political sphere. That is, it isn’t that Aussies, well-known for their dislike of being bossed about by posh people, have suddenly become enamoured with the idea of being ruled from afar by the poshest family on Earth, but rather that their distrust of an increasingly uninspiring and aloof political class makes them feel that they might be better off with Will and Kate than Abbott, Gillard, Rudd and the rest. As one headline says, ‘Gen Y chooses Wills and Kate over President Rudd’. In recent years, ‘the political class has raced to the bottom and lost any charismatic authority on the way down’, says one observer, and ‘we don’t want one of them to be our new “king”’.

The engine of the modern fancy for the royal family is not some olde-world belief in the right of people born into a certain household to rule over us – it’s a very new-world sense that those who do legitimately rule over us, the political class, have become so elitist of late, so oligarchical, so bereft of ideological vision or a willingness to connect with the masses, that even the family of a blue-blooded prince born with an entire cutlery set of silver in his mouth can seem more normal and preferable. Virtually everyone interviewed about Kate by the Australian press says the same thing: ‘She’s so normal.’ You get the impression that what they mean isn’t that she’s more normal than you’d expect a princess to be, but that she’s more normal than the other rulers and figureheads of society – than robotic Rudd, than weird Gillard (who has gone from running the country to writing articles about Game of Thrones for the barely read GuardianAustralia), than any number of slightly socially inadequate Liberal Party people.

The royals are mainly popular by default, riding a wave of suspicion for the political class rather than of thirst for traditionalism. This is a pretty longstanding trend. Richard Hoggart, the British academic who died this month, noted years ago that even among the British working classes, who are assumed by snooty observers to be braindead worshippers of everything Queen-ish, there is ‘little heat’ for the monarchy; instead, suggested Hoggart, people have a tendency to ‘separate the royal family from its advisers and from the government’, seeing them as being preferable to ‘Them’, the ‘big machine’ that runs the country – that is, the political class. This has become far more pronounced in recent years, as the political class has become more cut off and public cynicism has escalated.

Indeed, one of the main reasons the Australian republican movement lost the 1999 referendum over moving from a monarchy to a kind-of republic in which politicians would select a head of state is because people simply didn’t trust the political class to do that job, to put the nation’s interests over the elite’s own back-scratching interests. As one newspaper letter-writer put it on the eve of the referendum: ‘Make this an “I hate politicians and their elitist mates” referendum and vote No [to a republic].’ It is testament to the political, cultural and moral elitism of the new chattering classes that even royals can seem more in touch, ‘so normal’, than they are.

There’s another component to the so-called royal revival – celebrity culture. If Will and Kate are popular, it is less as our future legitimate rulers whose accident of birth and decision to get hitched give them a God-given right to be our sovereign, and more because they are now treated effectively as super-celebrities. This has been recognised by some Australian observers. A Sydney Morning Herald writer says Will and Kate seem to the beneficiaries of a ‘dominant celebrity culture’, where now even royals are ‘viewed in a similar light to movie stars rather than as the hereditary members of a royal class from another country and another era’. Observing the youthful exuberance in particular for Will and Kate, one commentator says these two royals are ‘not really from the pages of history, but from the pages of women’s magazines’. It is striking the extent to which Will and Kate’s visit is being covered by celebrity correspondents rather than royal correspondents. Indeed, the royal correspondent seems to be a dying breed, his analysis of the House of Windsor’s clout and purpose having been replaced by the celebrity correspondent’s discussion of Will and Kate’s (always first names only) alleged sense of fun and personality.

Will and Kate are little more than slebs. Their wedding was a celebrity wedding, attended by David Beckham and Elton John and with Union flags distributed by Hello! magazine. It was the wedding that made even Britain’s newspaper of record, The Times, gush about the royals now being ‘more fun and more like us’ – something you’d expect heat magazine to say about Jennifer Aniston. The royals have in recent years consciously cultivated a new celebrity image for themselves. In our relativistic, pretty godless age, the old arguments for having hereditary rulers fall flat, forcing the monarchy to redefine itself many times since the 1960s. And their most successful redefinition has been their post-Diana one as pretty much just a posher version of the House of Kardashian, a group of individuals who are both special and approachable, touched by the magic of celebrity rather than by the hand of God.

Celebrity is one of the few remaining sources of undisputed authority in the modern era. Indeed, the prefix ‘celebrity’ has replaced the prefix ‘royal’ as the key conferrer of authority – as in ‘celebrity chef’, ‘celebrity doctor’, ‘celebrity campaigner’. That’s why politicians and campaign groups that keenly feel today’s crisis of authority are forever calling on celebs to front their political machinations. From Tony Blair’s invention of Cool Britannia to the G8’s adoption of Bono as unofficial spokesman for Africa, political authority is increasingly outsourced to celebrities, in the hope that the gloss of these people who still enjoy some public purchase might rub off on our isolated, at-sea institutions. The royals have recognised this – that it is no longer God or tradition that confers authority, but celebrity. The ‘monarchist revival’ being talked about on the back of Will and Kate’s time Down Under is no such thing – it is better seen as a capitulation by the British monarchy to the culture of celebrity, in the hope that this new culture might sustain them through a morally rocky and unpredictable era.

So the monarchists beaming over Will and Kate’s Oz trip should have a word with themselves – because the trip really reveals, not that people are becoming diehard monarchists, but that the royal family’s desperate hunt for a modern, more convincing form of authority has pushed them into the arms of a celebrity culture that is only authoritative by default and is itself subject to the whims of sentiment and magazine editors’ mood swings. Those of us who believe a republic is better than a constitutional monarchy, on the basis that in a democracy the people, not a queen, should be sovereign, need to come up with some better arguments. It’s not enough to sneer at the little people for taking selfies with Kate or cooing over George, as too many republicans do. We need to discuss and do something about the crisis of the modern political sphere that has unwittingly boosted the fortunes of the monarchical wing of the state, and about the ever-expanding culture of celebrity from which the royals now derive their undemocratic authority.

Brendan O’Neill is editor of spiked and currently scholar-in-residence for the Centre for Independent Studies in Sydney.