The real Miller’s tale: the threat to press freedom

The real scandal is the culture secretary’s attempt to lay down Leveson’s law. 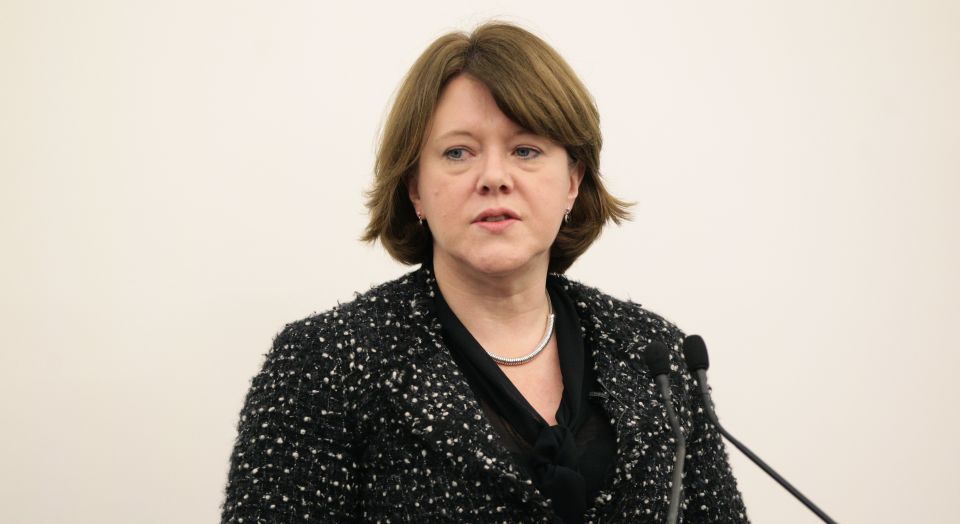 It is axiomatic in big, historic political scandals, from Profumo to Watergate, that the attempted cover-up is always worse than the original offence. The affair of UK culture secretary Maria Miller confirms that this is also true of petty little political scandals.

The shenanigans over Conservative minister Miller’s expenses claims for mortgage interest on her designated second home are really of no great consequence. Nor does it much matter in wider political terms whether or not she is sacked or forced to resign over this; as one embittered Tory ex-minister observed, if she goes she will be forgotten and if she stays she will be ignored.

What should matter far more is her office’s attempt to stop press coverage of the affair, by using the culture secretary’s role in deciding the post-Leveson system of press regulation to warn off the Daily Telegraph reporters digging into her expenses payments. What is remarkable is not that yet another MP made ‘questionable’ financial claims, but that a government minister few had previously heard of felt able to lay down Leveson’s law to newspapers that we are always being told run the country. In this, the minister and her advisers were not acting as arrogant mavericks, but appointed themselves as the shrill voice of the entire political class, which wants to tame the troublesome press.

Miller and her minders might have overstepped the mark. Yet we now know that their threats were backed up by Downing Street from the first.

The Telegraph has just published the full audio recording and transcript of the conversation about Miller’s expenses claims, in which her special political adviser told the paper’s reporter that ‘Maria is obviously been having quite a lot of editors’ meetings around Leveson at the moment. So I am just going to flag up that connection for you to think about.’ The conversation took place in December 2012, just after Lord Justice Leveson published his report calling for statutory-backed regulation of the UK press. The message was clear enough, even if the English was not.

And it didn’t end there. Tony Gallagher, who was editor of the Daily Telegraph at that time, has now revealed that he also got a call about the Miller expenses story from the prime minister’s own director of communications, Craig Oliver, ‘pointing out that she’s looking at Leveson’. In that context, observes Gallagher, government advisers and spin doctors ‘flagging up’ the minister’s role in discussing future press regulation could ‘hardly be construed as anything other than a threat’ to the newspaper to lay off, or else. Gallagher, who was sacked as Telegraph editor in January and is now free to speak his mind, highlighted ‘the menacing way the minister, her special adviser and Downing Street reacted to that story, and threatened me, the newspaper and the reporter in question’.

As criticism of Miller and demands for her to be sacked increased late last week, Tory prime minister David Cameron continued in the same ‘menacing’ fashion, warning reporters who wanted to pursue the story further that they should ‘leave it there’. The prime minister’s statement captures the attitude of the political elite today. Yes, they will pay lip service to press freedom, but only as far as it suits them. Anybody wishing to push the boundaries of liberty beyond the conformist line will be warned to ‘leave it there’.

Much of the criticism of Miller’s actions has focused on her personal characteristics – the ‘bullying’ style in which she sought to browbeat the parliamentary expenses watchdog into submission, and the ‘arrogant, contemptuous’ tone of the perfunctory 32-second apology she finally delivered to the House of Commons last week. All of which might well be true, but which also misses an important point.

A previously faceless minister such as Miller felt empowered to take on the press not because of her personal strengths, but because of the weakness of support for press freedom in the UK today. The Leveson Inquiry into the entire ‘culture, practice and ethics’ of the media was a showtrial in which the press was found guilty before proceedings began. The entire debate about regulation has since been based on the myth that the press has been ‘too free’ and must somehow be reined in.

The UK political class signed up last year to the plan for a press regulator recognised by royal charter and backed by a statute, which gives the courts the power to impose ‘exemplary damages’ on disobedient publications – the first system of political involvement in regulating the British press since 1695. That stitch-up was agreed at an infamous March 2013 late-night meeting involving Lib Dem deputy prime minister Nick Clegg, Labour leader Ed Miliband, Cameron’s Tory sidekick Oliver Letwin, and Hugh Grant’s Hacked Off lobby group.

No representative of the newspaper industry was present at that meeting. Nor, it turned out, was the government minister nominally responsible for press-regulation issues. Culture secretary Maria Miller, whose job it would be to make the royal charter work, was apparently not even informed that the meeting was taking place, leading to her being dubbed ‘hapless’ by some newspapers. Now it seems she is a bully capable of pushing the press around single-handed. That retrospective transformation in Miller’s image, from hapless individual to apparent hard case, has little to do with her, and a lot to do with the political consensus in favour of teaching the insolent press a lesson.

The Leveson effect has given the green light not just to a secretary of state but to any illiberal politician, policeman or prig to have a go at the press. Barely a week now passes without another story of some jobsworth lecturing local or national journalists about what they should not do. The chief reporter on the Croydon Advertiser, for example, has just been visited by three Metropolitan Police officers and issued with an official Prevention of Harassment Letter, declaring that ‘HARASSMENT IS A CRIMINAL OFFENCE’, after he dared to try to contact a convicted fraudster by email and on Twitter. In effect, the authorities are issuing a warning letter to the entire press, telling them that ‘YOU CAN’T SAY THAT’.

The official response to the outcry over Miller’s heavy-handed tactics has also been typical of today. Both the minister’s office and Downing Street have tried to hide behind their nominated victims of press ‘harassment’, in this case claiming that they were only trying to protect Miller’s elderly parents – one of whom had just left hospital – from being door-stepped by heartless reporters. This echoes the way that the Hacked Off crusade has used the victims of the phone-hacking scandal as human shields, behind which to advance its cause. Yet this is no repeat of the Milly Dowler affair. Miller’s frail parents were ‘door-stepped’ by a Telegraph reporter (who knew nothing about her father’s health issues) because they reportedly lived in the house that was the subject of Miller’s dubious expenses claims. That was a legitimate story, and knocking on the door was the only way to ascertain the facts. If investigative reporting can now be branded as harassment or invasion of privacy (the same tactic that the imprisoned former Labour minister, Denis MacShane, deployed to try to prevent a newspaper probing his expenses), then the game is surely up for proper journalism. We should remember the old rule of reporting: news is something somebody does not want to be published.

Having blundered her way into trouble, Miller made a similarly clunky attempt to re-ingratiate herself with the press just before Christmas. The culture secretary told a committee of MPs that Hacked Off had been a ‘destructive force’ and had done ‘lasting damage’ to relations with the press. She blamed the Labour Party for involving Hacked Off in the negotiations over regulation. Miller also claimed that she was pleased with the progress that the major newspaper groups were making towards establishing their own independent regulator, the IPSO, without signing up to the politicians’ royal charter.

Pull the other one, minister. Labour and the Lib Dems have certainly been the most zealous political supporters of Leveson and statutory-backed regulation. No doubt that is one reason why their leaders have not been baying for Miller’s blood over the current scandal. Yet the Tories can hardly claim to be fighters for press freedom, either. It was Cameron, after all, who set up the Leveson Inquiry with carte blanche to propose new controls. However much it might dislike Hacked Off, the Conservative leadership signed up to the royal-charter deal as a backdoor way of introducing state-backed regulation. Senior Tories cannot play the innocent now.

Indeed, it was Miller herself who said a year ago that the newspaper industry’s own proposals to retain an element of self-regulation were unacceptable, because they were ‘unable to comply with some fundamental Leveson principles and government policy’. As I responded in spiked at the time: ‘So what? Since when did a free press have to comply with the wishes and whims of government ministers or judges?’ The only ‘fundamental’ principle at stake in any of this is the freedom of the press as an indivisible liberty.

The sorry little scandal of Maria Miller is, as Tony Gallagher says, ‘a clear example of why MPs and politicians in general should have no locus over a free press. Ironically, you would know nothing about this story were it not for a free press.’ Four hundred years ago, King James I told members of parliament that free speech was not fit for ‘vulgar persons’ such as them. Now politicians deem that ‘vulgar’ newspapers are not fit to reveal the truth to the public.

There is no such thing as a truly free press today – and we need one more than ever, not least to give the likes of Miller a good threshing.