The purge of gay-marriage heretics begins

The ousting of Brendan Eich from Mozilla sets a dangerous precedent. 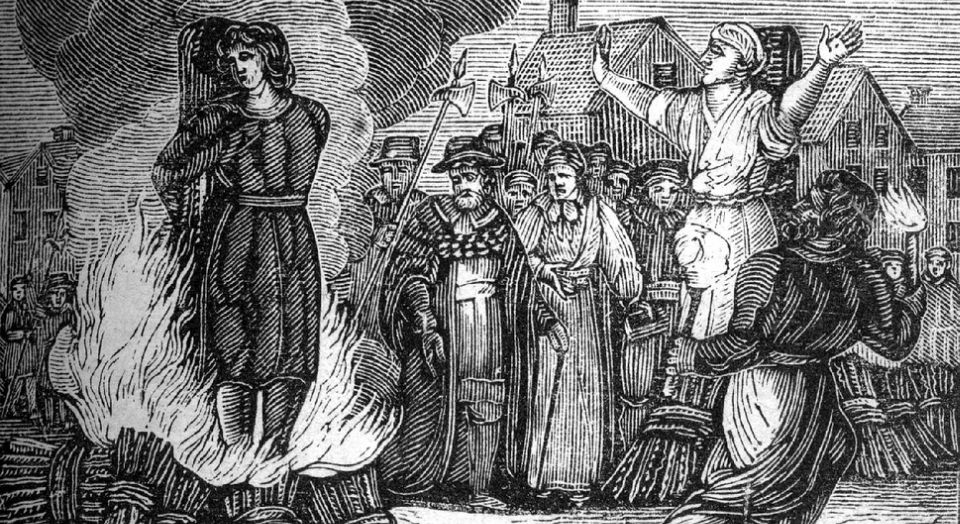 Refuse to renounce your opposition to gay marriage, and you will be hounded out of your career and public life. That’s the lesson of Brendan Eich’s ousting at software company Mozilla.

After Eich was appointed CEO in late March, some Mozilla employees and software developers took to the internet to demand his resignation. Dating website OK Cupid called for a boycott of Mozilla, referring to opponents of gay marriage as ‘our enemies’. At issue was a $1,000 donation Eich had made in 2008 in support of Proposition 8, the ballot measure to ban gay marriages in California (which passed but was later struck down by a court).

There was no question that Eich, the technical guru behind JavaScript and the Firefox browser, was qualified for a senior-management role. There were no reports of Eich being biased towards colleagues during his tenure since co-founding the Mozilla Corporation in 2005. In a blog post written shortly after his appointment as CEO, he expressed the aim of making Mozilla ‘a place of equality and welcome for all’, and requested ‘the time to “show, not tell”; and in the meantime express my sorrow at having caused pain’. But Eich did not issue an apology for a donation made six years prior, nor did he recant his views on gay marriage. And, because of his failure to do so, he remained unacceptable to his opponents, who demanded he disappear.

The move to force out Eich appeared so intolerant, so driven by vengeance, that even some in favour of gay marriage sought to distance themselves from it. To his credit, Andrew Sullivan, the so-called ‘father’ of same-sex marriage, wrote: ‘Will he now be forced to walk through the streets in shame? Why not the stocks? The whole episode disgusts me – as it should disgust anyone interested in a tolerant and diverse society.’

But there were plenty who rejoiced at Eich’s downfall. ‘Eich’s forced resignation from Mozilla shows a huge turning point in the acceptance of gay equality and rights. Not only is it no longer cool to be anti-gay, but it could cost you your job’, says Leanne Pittsford, the founder of Lesbians Who Teach, in the New York Times. Yes, that’s right, Pittsford believes that getting an executive sacked represents ‘acceptance’ and social progress. Christian Rudder, the founder and president of OK Cupid, revealed that the real victory in taking Eich’s scalp was the threatening message it sent to others: ‘My co-founders and I were conflicted about making an example of any one person. But we wanted to show the many would-be Eichs out there that when you make life harder or worse for other people, when you give your money and your time to make others miserable, you will be called to account by your business partners.’

Such celebrations of intolerance must have made the heroes of free speech, from Locke to Orwell, spin in their graves. For decades, liberals and the left were at the forefront of the battle for free speech. They also highlighted the dangers of witch-hunting and McCarthyism, which showed that intolerance was more than the denial of formal, First Amendment-style rights and could include socially enforced intolerance. But, as the Eich case shows, the identity-politics left of today leads the inquisition and persecution of those they disagree with. This is deeply antithetical to the principles of a free society, and there’s nothing progressive or liberal about it.

Claims that Eich’s forced resignation is freedom in action are exceptionally Orwellian. ‘The ouster of a founder and CEO by his own people, at a foundation based on open and equal expression, should be the new textbook example of the system working exactly as it should’, writes James Ball in the Guardian. According to Leslie Gabel-Brett from the LGBT organisation Lambda Legal, ‘Eich is being held accountable for having freely donated his money to a campaign to strip lesbian and gay people of legal rights’. In a similar vein, others say that they have the right to speak out against Eich, and that Eich must face the ‘consequences’ of his speech. But calls to punish and silence opposition are not examples of free speech – they represent the denial of such free-speech rights to others. It is one thing to argue for gay marriage; it is quite another to seek to intimidate people and get them fired.

Others do not pretend that going after Eich and other opponents of gay marriage is an exercise in free speech. Instead, they say they will ‘not tolerate intolerance’, in the name of fighting for equality. But in adopting that stance, the principle of tolerance is undermined across society. Moreover, it is wrong to counterpose equality and free speech, as historically free speech has enhanced the move towards greater equality. As Jonathan Rauch points out in his book Kindly Inquisitors, the success of the gay-rights movement has itself been an example of how free speech facilitates social progress for minorities.

Some gay-marriage proponents also argue that the issue is unique, and opposition should be considered beyond the pale of social acceptance – seeking to dismiss Eich and others is therefore perfectly reasonable. According to this view, being against gay marriage is like – pick your analogy – opposing inter-racial marriage, backing the KKK, espousing neo-Nazism, etc. But this logic doesn’t hold up. For a start, in a free society, the expression of such ideas, however odious, should be tolerated (and argued against). More to the point, these analogies are wildly off the mark as a way to describe how gay marriage is viewed in society. Today, according to Pew Research, 46 per cent of Americans are not in favour of gay marriage; are we to believe that these millions of people are the equivalent of KKK members who should not be tolerated? Barack Obama was opposed to gay marriage until 2012, and Hillary Clinton was against it until last year; were these two on a par with neo-Nazis until their recent conversions?

Whichever argument is used to rationalise the targeting of Eich, there is an almost willful blindness to its broader implications. Just think: Mozilla will now have to ask every CEO candidate about his or her views on gay marriage; after all, it can’t risk a repeat of the Eich episode. This will affect many other companies, including other tech companies in Silicon Valley, that want to ‘align with the values of their employees’. Ridiculous as it may seem, ‘Are you, or have you ever been, opposed to gay marriage?’ could become a litmus test.

In Slate, William Saletan notes that there are 35,000 people who, like Eich, donated to Proposition 8. ‘Why do these bigots still have jobs. Let’s go get them’, he writes, tongue in cheek. But, right now, there really isn’t much standing in the way of those wishing to pursue exactly this kind of witch-hunt, especially after seeing the successful removal of Eich. Some say that Eich’s situation is limited to CEOs, as the figureheads of companies. But the arguments used by his opponents could readily migrate elsewhere. Why should a pro-gay employee have to put up with a department manager who is opposed to gay marriage? Couldn’t someone with ‘progressive values’ claim that an anti-gay marriage co-worker makes them uncomfortable or creates a ‘hostile’ work environment?

This nasty and vindictive turn towards opponents has prompted some same-sex marriage advocates to claim that a zealous few risk wrecking what has been a liberating movement up to now. At the end of his thoughtful piece in the Atlantic criticising the pursuit of Eich, Conor Friedersdorf refers to Eich’s expulsion as ‘an ugly, illiberal footnote, appended by the winners’. The reality, however, is that the targeting of Eich is entirely of a piece with the gay-marriage campaign. As spiked has consistently argued, the campaign has long sought to gain acceptance by delegitimising the opposition, rather than by engaging in debate. Mainstream voices, like the New York Times and political figures, have tried to demonise opponents of gay marriage, routinely referring to them as ‘bigots’ and ‘homophobes’. I’m sorry, but the 46 per cent of Americans not in favour of gay marriage today are not all bigots, and to claim so is grossly unfair and indicative of another agenda. As Brendan O’Neill recently put it, gay marriage has been turned into a ‘social demarcator par excellence, where those who accept it are Good, and those who oppose it are Bad, bigoted, ripe for being mauled and ideally silenced by the strangely intolerant promoters of tolerance for same-sex unions’. Indeed, the emergence of a case like Eich’s was all too predictable.

Gay-marriage activists liken their campaign to the American black civil-rights movement of the 1950s and 1960s. But the differences are more striking than the similarities. Gay-marriage campaigners did not march, mobilise masses of people, face opposition from the police, and so on. Instead, the gay-marriage campaign has been promoted by the political and media classes in a top-down way. But there’s another way in which the gay-marriage campaign is different: the civil-rights leaders of the past did not engage in a witch-hunt of their opponents, as gay-marriage campaigners have done by hounding Eich. As Ramesh Ponnuru writes: ‘The civil-rights movement did not, in fact, conduct itself in this fashion. It did not seek to marginalise those who opposed it, or had reservations about it, when those holdouts made up more than a third of the population. It did not insist on public recantations by all of them.’

McCarthyism is an over-used term, but it seems entirely apt here. Groups are demanding nothing less than obedience to a new orthodoxy. For those in prominent positions, Eich is a warning: we will expose you and denounce you, unless you recant. Yes, you can voice disagreement, but don’t expect to have that career, or be welcomed in public. This is intolerance, pure and simple, and it casts a chill over the people’s willingness to speak their minds. We are going to be in a bad way if we don’t stand up to it.