IPCC: why the end is always nigh

The fifth assessment report is a product of politics, not science. 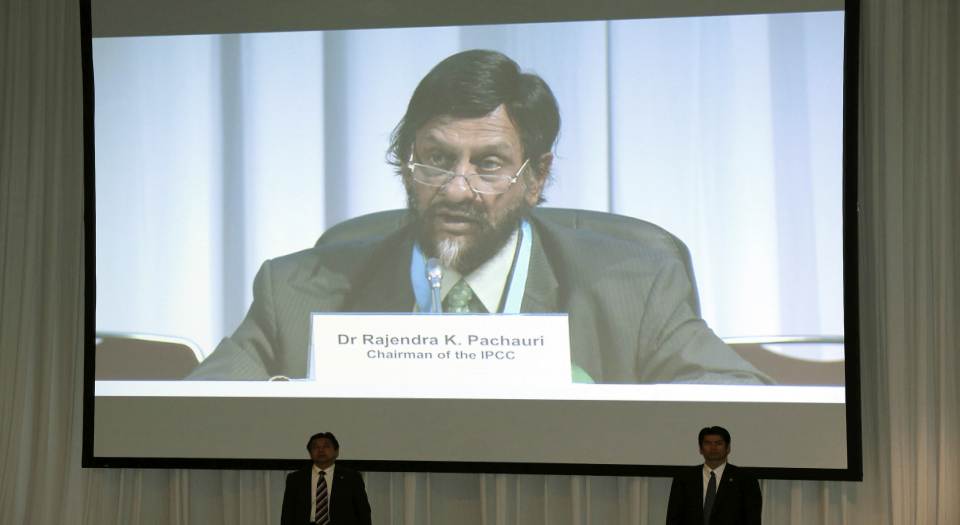 No longer able to channel the zeitgeist in the way it once could, the United Nations Intergovernmental Panel on Climate Change (IPCC) has a similar feel to an ageing rock band. Seven years ago, when it released its greatest hit, its fourth assessment report or, ‘the end of the world and what we’re gonna to do about it’, the IPCC was where it was at. News reports were brimful with the IPCC’s rather doom-laden tunes; commentators were inspired by the IPCC’s mastery of The Science songbook; and Western politicians hung around at IPCC gigs like eager groupies.

Since then, however, the IPCC’s star, like the grand cause of climate change itself, has waned. It just doesn’t quite have the same lustre that it once did. Which is hardly surprising. Tall tales involving the (non-)melting of the Himalayan glaciers, not to mention the small matter of the palpable absence of global warming over the past 15 years, somewhat undermined the IPCC’s claim to a terrifying truth. Indeed, in December 2012, the UK Met Office revealed that not only had global temperatures not risen for over a decade, they were also unlikely to rise significantly in the period up to 2017. Likewise, at the start of 2013, even global-warming advocate James Hansen, the retired head of NASA’s climate-change research arm, admitted that the ‘five-year-mean global temperature has been flat for the last decade’. So whereas in 2007 the media hung on the IPCC’s every apocalyptic word, in 2014 it is no longer quite so smitten. There are other, more pertinent, stories out there, issues that resonate more, concerns that feel more pressing.

Understandably, given the perfunctory fanfare for the publication of the first part of the IPCC’s catchily nicknamed ‘fifth assessment report’ last September, there’s been more than a hint of desperation to the pre-release publicity for the second part, published today, on the likely impacts of climate change – ‘severe, pervasive and irreversible’, apparently. In fact, given the IPCC’s constant pre-publication leaking, this desperation has turned into a form of public-relations incontinence. Rarely has the apocalypse been so surreptitiously press-released: it’s been whispered into journalists’ inboxes that climate change will increase the likelihood of wars; it’s been insinuated to correspondents that an upcoming, climate-change-produced drought could jeopardise the supply of food and water; and it’s been suggested to reporters that, thanks to climate change, many forests will die out, with predictably catastrophic consequences. Or, as the Independent glossed: ‘In a blunt and often pessimistic assessment of climate-change impacts – the fifth assessment since 1990 – the IPCC scientists give a stark warning about what the world should expect if global temperatures continue to rise as predicted without mitigation or adaptation.’

Yet here’s the thing: the end-is-nigh rhetoric of climate-change advocacy may have worn a little thin among the public – there are only so many times you can tell people the sky is falling in. But among the West’s political classes, the need for the great climate-change narrative is as strong as ever.

In fact, what is noticeable about the editorial wrangling over the second part of its fifth assessment is the involvement of politicians. For the bulk of the report’s production, concentrating on humanity’s mathematically modelled demise, politics merely set the depressing mood music, but in the production of the bit that people might actually read – the 26-page-long summary, in which threats are outlined and policy recommendations made – government officials are actually involved in the writing. As BBC News put it this weekend: ‘Several versions of the report, called the “Summary for Policymakers”, have already been leaked, but the final version won’t be released until everyone – scientists and governments – are agreed on its contents.’ The Guardian let slip that the IPCC committee ‘gathered here in Yokohama [in Japan] last week with officials from 115 countries to review the most consequential part of the report: a 26-page densely written briefing and dozens of complicated graphics that are supposed to provide governments with all the information they need to make the right decisions on how to deal with climate change.’ (My italics.)

In other words, this supposedly objective document, this touchstone for governments, this apparently scientific justification for a whole heap of policies, is produced in conjunction with those to whom it is meant to be serving as guidance. All the headline warnings about the ‘severe, pervasive and irreversible’ impacts of climate change, which are meant to impel political action, which are meant to drive policymaking, are produced in conjunction with politicians. This is not news, of course. At the time of the first part’s release last September, for instance, it emerged that Germany, with the very green Chancellor Merkel at the helm, wanted any reference to the slowdown in global warming deleted. But just because we know that the political imperatives of the world’s rulers inform a report which is presented as neutral and objective doesn’t make it any less disconcerting.

So it is disconcerting, but it is also revealing. It seems that Western politicians, like drowning men clutching at straws, need the IPCC. They need the grand narrative of climate change. They need something apparently external to themselves to compel action, to give meaning and authority to their policymaking. Hence behind the scientific scenery, their officials are busy at work, desperately trying to ensure that the narrative is to their liking, that the frame for contemporary politics is just right. In this regard, it was telling that a professor of economics at the University of Sussex withdrew from the report-writing team last year because he felt the report was going to be too alarmist. ‘It is pretty damn obvious that there are positive impacts of climate change’, said Professor Richard Tol last week, ‘even though we are not always allowed to talk about them’.

It is not difficult to fathom why the climate-change story became so important to politicians. The exhaustion of traditional left-right grand narratives, within which politicians had for so long justified their policymaking, left contemporary politicians with the opportunity to do many things, but no overarching reason for doing anything. Climate change, which is a grand narrative on a biblical scale, filled the breach. It gave an ‘or else’ point to policymaking and posturing, and a veneer of moral purpose to political elites. This is why Ed Davey, Britain’s energy and climate change secretary, was not frightened by the draft versions of the IPCC’s latest missive from the edge; he was shaking with excitement. ‘Climate change is hugely threatening to our way of life, in the UK, Europe and the world’, he said, no doubt grinning inside. ‘Not to lead is deeply irresponsible. If you don’t lead, you will not bring others with you.’ For Davey, as it is for other Western politicians, combating climate change, attempting to realise a less energy-intensive, less consuming, less materialistic future is not a scientific research project; it’s a moral crusade.

The IPCC does not embody a scientific consensus so much as a political necessity. Its impetus isn’t meteorology or biology or geology; its impetus is the political need for a story that can inform political action, that can justify and legitimate policymaking. That’s what’s driving it on. That’s why the end is always nigh – because there’s a demand for an end, a point, to politics. The IPCC is there to provide those politicians helping it with the drafting of its findings with something like an ethic for action. Little wonder that in the UK, it wasn’t a scientist who was preaching at the IPCC-provided lectern; it was the former religious leader of the Church of England, Rowan Williams. Over the weekend, he used today’s report (presumably leaked to him in draft form) to urge us in ‘rich, industrialised countries’ to change our ‘present lifestyle’.

So, while climate change in its current, scientific form, embodied in the IPCC, might not be commanding public attention in the way it did in the mid-2000s, it’s important to recognise that the political and moral demand for it among political elites is as strong as ever. That’s why arguments about the science of climate change won’t settle the matter one way or the other. Because climate change is not a scientific argument; it’s a political and moral argument dressed up in the garb of science. And it’s in those terms that climate-change alarmism must be fought.