You think the UK monarchy is a non-political tourist attraction? Think again. 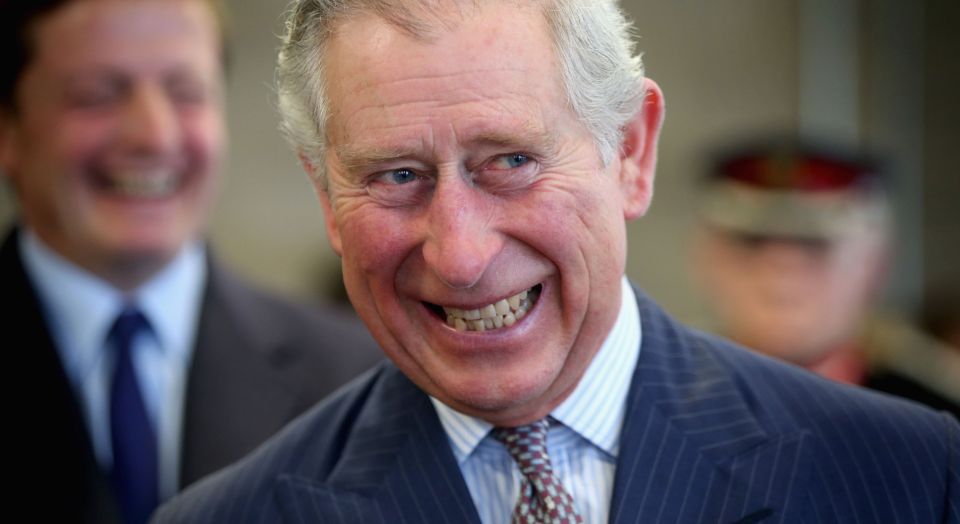 For nine years, the UK Guardian has campaigned to force the government to release some of Prince Charles’ private correspondence. The dispute relates to 27 so-called ‘black spider memos’, named because of the author’s scrawly handwriting, that the prince wrote to government departments in 2004 and 2005. The Guardian won the latest round last week in the Court of Appeal. But as the issue looks to be heading for the Supreme Court, both sides to this litigation are missing the issue that’s clearly written in black and white: why in a democracy does the monarch have a right to influence the government?

On one side of the courtroom, the government argues against disclosure because if the public read Prince Charles’ ‘particularly frank’ letters on political issues, then this could, on his succession, undermine the political neutrality that is supposed to characterise the sovereign. Disclosure, says the government, could create a perception that ‘would be seriously damaging to his role as future monarch, because if he forfeits his position of political neutrality as heir to the throne, he cannot easily recover it when he is king’. In other words, the government pleads secrecy as necessary to prevent the institution of monarchy from being harmed.

On the other side of the courtroom, the Guardian argues for disclosure because this ‘is a fight that raises important questions about… the proper limits to the monarchy’. The Guardian adds that disclosure is necessary ‘to protect the prince’; it has decided that the prince needs protecting from himself, that he must be less outspoken so that organisations like the Guardian cannot embarrass him in future. The Guardian sums up its disagreement with the government as being about means rather than ends. Both want to protect Prince Charles, but where the government seeks to do it with secrecy, the Guardian desires to substitute ‘speculation and innuendo for truth and transparency’.

It’s worth dwelling on the attorney general’s comments. His use of the word ‘duty’ to describe how the monarch’s ‘influence’ is to be exercised is interesting because in his classic 1867 study, The English Constitution, Walter Bagehot described the monarch’s powers as no more than a ‘right to be consulted, the right to encourage, the right to warn’. It is interesting how 150 years of democratisation have left the monarch’s ability to influence the government untouched – in fact, on a plain reading of the attorney general’s statement it seems clear that the monarch’s constitutional power to influence the government has been elevated from a right to a duty in this time.

In letting the institution of monarchy off the hook, the Guardian is following in the footsteps of many a constitutional lawyer who claims that the monarchy is not a problem because the queen does not in practice seek to influence the government. If this were true then, in light of the attorney general’s recent claim, somebody ought to advise Her Majesty that she is failing in her constitutional duty. However, it obviously isn’t true, as we can safely assume that the prime minister’s weekly audience with the queen is not solely about the weather and latest football results.

The reality is that the queen’s influence on politics happens behind closed doors, under conditions of strictly enforced secrecy. Buckingham Palace is always quick to clamp down on any disclosure of the queen’s political opinions, as was made clear when the BBC recently apologised after one of its correspondents let slip that she had expressed concern over why Abu Hamza had not been arrested. Another example of the attempt to hide the queen’s political viewpoints came in 1986, when her private secretary wrote to the press to deny that she, as was being alleged, was ‘dismayed’ by ‘an uncaring Mrs Thatcher’ and had disapproved of several major government policies.

Whatever the monarchy’s impact behind closed doors, its power stems from its very existence as an institution. Instead of citizens being free to vest democratic control in an elected House of Commons, the monarch stands as a symbol of undemocratic power seen, no matter how subtly, as necessary to keep a watching brief over her ministers. In fact, instead of being citizens at all, the people of the UK are the queen’s subjects; and instead of parliament being the sovereign authority in Britain, that quality is vested in the individual sovereign of the monarch.

The Guardian’s attempt to distinguish the queen’s influence (which is apparently acceptable because she is the queen) from Prince Charles’ influence (which is less acceptable because he is not king) fails to engage with the hereditary nature of the monarch’s power. If the queen can exercise influence on a hereditary basis, then it’s hardly surprising that Charles also seeks to exercise it on a hereditary basis. The way to deal with this problem is to do away with all hereditary influence on the exercise of power, and to replace it with power that is assumed and exercised democratically.

There is little doubt that Charles has meddled in government affairs. But there is also little doubt that governments over the years have indulged him in his meddling. As one witness in the litigation, a former Labour special adviser between 2005 and 2009, put it, the prince’s letters were ‘put before the minister, effectively at the top of the pile and treated with great reverence’. He noted how this ‘contrasts with ordinary citizens, whose letters… are normally dealt with by departmental staff and rarely seen by ministers or their advisers’. Six government departments have in recent years sought Prince Charles’ consent before proceeding with bills on a wide range of issues, including the London 2012 Olympics, gambling, road safety and even shipwrecks. And it emerged last year that three members of the prince’s staff were seconded to work full-time in Whitehall.

The government is said to rely on a convention, apparently called ‘the education convention’, as a constitutional justification for Prince Charles’ meddling. ‘Preparation for kingship’, the government calls it. If such a convention really does exist, it is an affront to democracy. But, Prince Charles’ influence does not really come from an arcane convention; it comes from the fact that Prince Charles is heir to the throne. It is the institution of monarchy that ensures that black spider memos go to the top of the minister’s in-tray; that government departments consult Prince Charles on proposed legislation; and that some of his staff get to work in Whitehall.

In the absence of a political debate about what a true democracy would look like, Prince Charles and others with a perceived hereditary right to influence the government will continue with practices that are antithetical to democracy. One little noted feature of the Guardian’s campaign has been the way parliament subsequently changed the law to ensure that Charles’ black spider memos written after 2005 could not be disclosed. Campaigns fought by lawyers always have limits, which campaigns fought by people can surpass.

As Tim Black previously observed on spiked, it is striking ‘that members of the House of Commons – our nominally elected representatives – seem oblivious to the feudal hangover in their midst. Instead they seem more than happy to tolerate their constitutional subordination so as long as the monarch, like a reckless grandparent, doesn’t embarrass them by coming out with something a bit “old-fashioned”.’ This time it’s not grandma who has embarrassed the institution of monarchy with something a bit old-fashioned; it’s her son, who is already known to have vented his spleen on several occasions and to have done so in a less than rigorous, thoughtful or modern way. For example, when accusing Tony Blair, the then prime minister, of ‘destroying the countryside’, Prince Charles cited a farmer who said, ‘If we, as a group, were black or gay, we would not be victimised or picked on’.

No doubt there is more of this ilk in the 27 black spider memos. But so what? What Prince Charles has written is far less important than the fact that he is heir to the throne and heir to being sovereign to his subjects. The word ‘heir’ says it all: a person legally entitled to power and influence. Prince Charles may be legally entitled to many things, and he may as a result of those legal entitlements find that many doors open for him. But he cannot exercise any influence on the basis of democratic legitimacy. And for anybody concerned with democracy, that should be all that matters. It’s an issue the Guardian’s nine-year campaign has failed to address.