You don’t know that Woody Allen is guilty

In the name of supporting Dylan Farrow, commentators have unleashed a wave of prejudice and intolerance against Woody Allen. 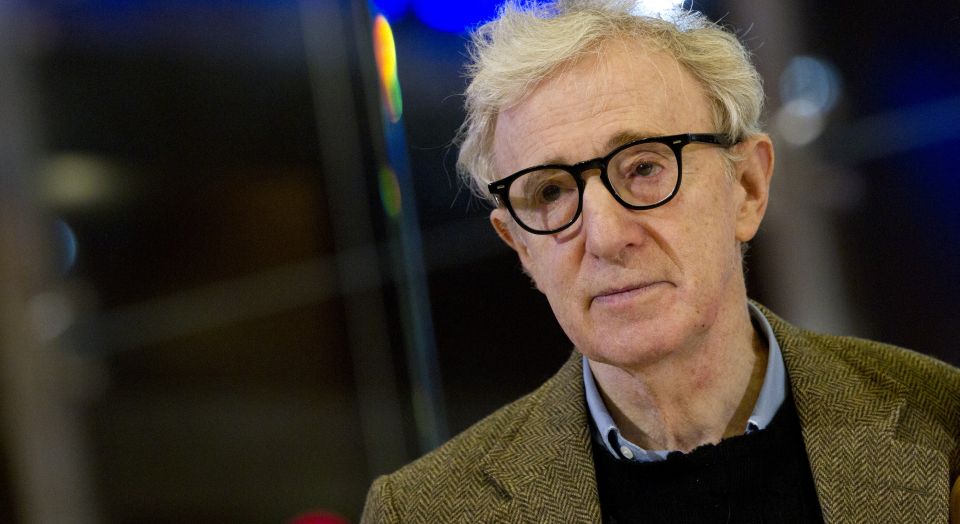 There are many illiberal and disturbing things about the urge to condemn and publicly denounce Woody Allen. Here are a few:

It’s clear that, in the court of public opinion, evidence and facts are not required. Noah Berlatsky, writing in The Atlantic, says: ‘If I were on a jury, knowing what I know now, I would convict.’ And what is his evidence? ‘Maureen Orth’s recent piece in Vanity Fair, Jon Lovett’s discussion, and Jessica Winter’s article.’ That’s enough, apparently.

What’s even worse is how many commentators are not that bothered whether their condemnations are based on the truth or not. Another Allen-denouncer, Aaron Brady, says, ‘I think Woody Allen probably did it, though, of course, I could be wrong. But it’s okay if I’m wrong.’ According to this view, it’s perfectly fine to denounce someone in public, even if you are not sure that you are correct. Unlike in a courtroom, in the public sphere we don’t have to uphold standards. ‘Because I have not been empowered by jails and electric chairs and states of exception to destroy people’s lives’, says Brady, ‘it isn’t necessary for me to err heavily on the side of “we need to be really fucking sure that the accused did it”’. Public humiliation, ostracism, loss of livelihood, among other things, can be devastating to people who are falsely accused, but some just don’t care that they are not ‘really fucking sure’, and so they’ll just let it fly.

New York Times columnist Nick Kristof published Dylan Farrow’s letter, and in his opinion piece accompanying that letter, he references a supposed ‘standard to honour’ that trumps legal-based standards of truth: ‘Look, none of us can be certain what happened. The standard to send someone to prison is guilt beyond a reasonable doubt, but shouldn’t the standard to honour someone be that they are unimpeachably, well, honourable?’ Later, he writes: ‘When evidence is ambiguous, do we really need to leap to our feet and lionise an alleged molester?’ In other words, in the public sphere, we should drop the notion of ‘innocent until proven guilty’. Essentially, Kristof’s argument is: don’t let anyone who is accused participate in society – we must act as if they are guilty.

Brady criticises those who would give Allen the presumption of innocence, and bizarrely argues that Dylan Farrow is the one who should be presumed innocent: ‘Woody Allen cannot be presumed to be innocent of molesting a child unless she is presumed to be lying to us. His presumption of innocence can only be built on the presumption that her words have no credibility, independent of other (real) evidence, which is to say, the presumption that her words are not evidence.’ This Alice in Wonderland idea overturns a long-standing notion of justice: that the burden is on the accuser to prove the defendant is guilty, and until such time we are to presume the defendant’s innocence.

Writing in The Nation, Jessica Valenti bases her case against Allen on a series of ‘we know…’ statements, such as ‘we know one-in-five girl children are sexually assaulted’ (actually we don’t know, since this statistic is bogus, as it happens), and ‘we know that abusers are manipulative, often charismatic, and that they hide their crimes well’, and so on. But what does that have to do with Allen? ‘Yet despite all of these things that we know, our culture will bend over backward to inject doubt into Dylan Farrow’s harrowing open letter about being sexually assaulted by Allen’, says Valenti. In other words, given that ‘we know’ we live in a sexist society, it’s not acceptable to have any doubt about Allen’s guilt. In a totalitarian way, we are supposed to denounce Allen in the name of a supposedly larger truth.

The rush to judge Allen forgets that many have been falsely accused of sex crimes, and have suffered badly for it. In the Wall Street Journal, Dorothy Rabinowitz helpfully reminds us about ‘the high-profile sex-abuse cases that had swept the country in the 1980s and early 1990s—people convicted and sentenced to long prison terms on the basis of testimony from children coaxed into making accusations. Accusations made, at ages five, six or seven, that many of them would continue to believe fervently were true, into adulthood.’ Many of these convictions would be later thrown out or overturned, but not before the innocent spent some years behind bars.

A Danish film, The Hunt, has been nominated for Best Foreign Language Film at this year’s Oscars. It tells the story of how ‘the devastating effects of false accusations of child molestation play out in the life of an innocent kindergarten teacher’. It’s not a story that our denouncers of Allen will want us to dwell on.

Given how many unknowns and counter-claims surround the Farrow-Allen case, it’s entirely rational and fair for people to be unsure and sceptical about it. But not for those who would condemn Allen; they believe there is no such thing as neutrality. As Berlatsky writes: ‘If we all just stay above the fray, and insist that the existence of abuse here is unknowable – that, de facto, means that Allen wins.’ But we don’t know, and siding with Farrow doesn’t change that fact. Brady charges that to give Allen the presumption of innocence is to accuse Farrow of lying – but that’s just nonsense. We simply don’t know which one of them is telling the truth. And we’re not required to make that judgement.

Sex abuse is a serious crime. Blindly believing every accuser does not treat such cases with the seriousness they deserve, and opens the door to modern witch-hunts. The ideas of ‘rape culture’ and ‘victim’s rights’ are providing excuses to undermine centuries-old standards regarding justice and individual rights – rights that benefit everyone, both women and men.