Why the Winter Olympics are Sochi sorry excuse

The problem is the sport, not the hotels or homophobia. 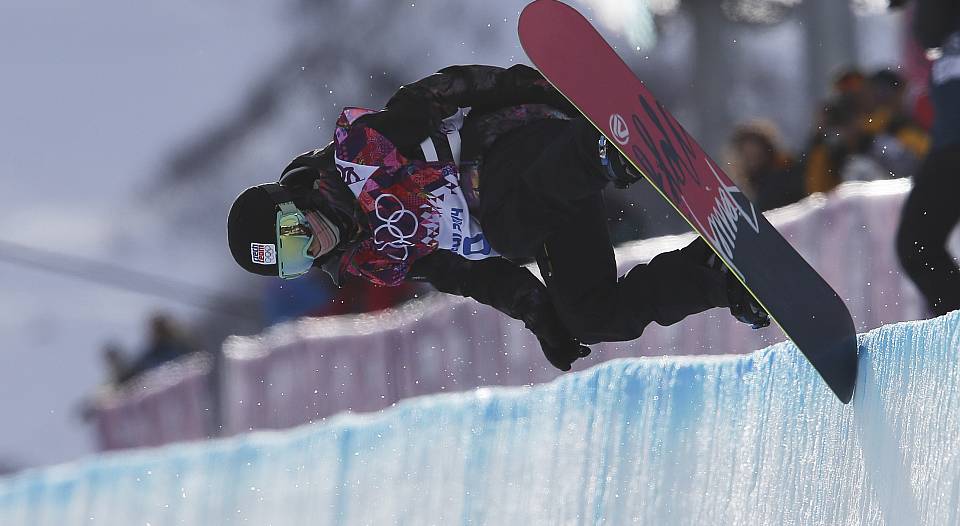 The games in Sochi opened amid an international chorus of criticism of ‘the Winter Olympics of our discontent’, with complaints about everything from unfinished media hotels to the homophobia of the host Russian authorities. Such a carnival of political and cultural carping now seems almost as traditional as the opening ceremony itself – we might recall how the run-up to the 2012 London Olympics was dogged by rows about wasted billions, lax security, women’s equality and much more.

But there is a difference. In London, as spiked predicted all along, once the excitement and glory of the summer Olympics took over (especially the athletics events at the heart of the games), it swept all of the political and cultural crap off the track. The Winter Olympics, however, do not have anything like the same power to inspire and captivate the public imagination. That is why the criticisms and calls for a boycott can still cast a shadow over Sochi.

Whatever their dayglo-clad aficionados might claim this month, the winter games are in reality a sorry excuse for an Olympiad. At the risk of being accused of snowmophobia, here are a few reasons why they cannot measure up to the summer spectacular.

They are not global

There was much international smirking when one of the five Olympic rings – representing five continents – failed to open and light up during the otherwise spectacular opening ceremony. To some of us, however, this glitch seemed entirely appropriate, and would have been more so had one or two other rings stayed closed. Because for all of the games’ global pretensions, only two continents – Europe and North America – have dominated the Winter Olympics since they were first held in Chamonix in the French Alps in 1924.

It is not too hard to work out why. Apart from the wealth required to participate in many winter sports, there is the small matter of the weather. You can run just about anywhere on earth, but you can only ski where there is snow. The Winter Olympics have never been held in the southern hemisphere. Even in the northern half, the likes of Britain and Ireland – rich in rain but a bit light in the powder-snow-and-proper-mountains department – have been pretty much barred from the exclusive Winter Olympics club.

The six nations to have won medals at every winter games are, unsurprisingly, Austria, Canada, Finland, Norway, Sweden and the US. (Of the other snowy powers, Germany might be on the list but was banned from competing immediately after the Second World War; the Soviet Union did not enter until the 1956 winter games, where it won more medals than any other state.)

This snow-job badly skews the assessment of sporting prowess. Thus Jamaica, the undisputed king of world sprinting, remains a Cool Runnings joke at Sochi. Africa, the new powerhouse of global athletics, is barely there; an American-based student has just become the first Winter Olympics entrant from Zimbabwe, where it has not snowed since before he was born.

Before the International Olympic Committee decided to claim winter sports for itself, the major festival of sporting events on snow and ice, also held every four years, was called the Nordic Games. That might still seem a more fitting name for it today.

They are not universal

The power of summer Olympic track-and-field events is that they take everyday ‘natural’ human abilities to which we can all relate – running, jumping, throwing – and raise them to an apparently superhuman level. They are like us and yet, as the Olympic slogan has it, ‘Citius, Altius, Fortius’ – faster, higher, stronger. The universalist human essence of these athletic events explains why they have survived from the original Olympic games of Ancient Greece, and why they can still move a mass modern audience as around London 2012.

The Winter Olympics have little such universal appeal. Most events are arcane, technical affairs of which we know little and understand less, the commentators talking a foreign language – hog line, backside rodeo, bossing that melon – even when apparently speaking English. The competitors often seem a self-defined cliquish elite not only in the best sporting sense, but also in not-so-admirable cultural terms. Whatever they might think, however, to be the quickest of a closed shop of posh blokes swanning about the slopes in garish Euro-trash garb is hardly on a par with Usain Bolt’s Olympic title of the Fastest Man on Earth.

No doubt the accusation of dull, sectional, technical cliquishness could also be levelled at a good few fringe events in the summer games, from sailing to dressage – but then they shouldn’t be Olympic sports, either.

They are ‘games’, but not all that ‘Olympian’

Many of these events look more like ‘games’ in the childish sense than world-class sport. For instance, speeding down an icy slope on a tea tray, either head-first (‘skeleton’) or feet-first (‘luge’), would be many a reckless youth’s idea of fun. Several of the new events introduced at Sochi have made matters worse, giving out Olympic gold medals for messing around doing smartarse tricks in the snow. The reaction to Jenny Jones winning the UK’s first-ever medal on snow in one such event, the ‘slopestyle’, rather captured the puerile atmosphere, with all three BBC commentators squealing like Blue Peter presenters on speed (‘This feels like I’ve got slugs in my knickers!’) before all bursting into tears when Jones got bronze. As Britain’s top TV columnist Ally Ross observed in the Sun, ‘Snowboarding is, and always will be, just young people twatting about’.

The real Olympics have always been a serious grown-up affair, regardless of the competitors’ age. To be ‘Olympian’ need not only mean taking part in the games. It can also mean ‘majestic in manner’, ‘superior to mundane affairs’, ‘surpassing all others in scope and effect’. By those standards there seems little that is Olympian about many of these events (ski-jumping and alpine skiing the possible exceptions), despite the Brit media frenzy about 33-year-old Jones’ ‘victory dance’ after finishing third on her snowboard.

They are not proper fights

Almost none of the events at the Winter Olympics involve a head-to-head contest or race between the competitors. Instead they are decided either by lone entrants competing against the clock, or by judges awarding points. These dull affairs of digital timekeepers counting hundredths of a second and faceless judges deciding decimal points seem a far cry from the live clash of titans on the Olympic track and field.

I tried to watch the final of the men’s luge the other evening, but gave up after the third of the 30-odd competitors had hurtled round the track in identical fashion while we were told to watch the seconds tick by in the corner of the screen. There is a sound reason why ‘clock-watching’ is normally associated with being bored out of one’s mind.

The seen-one-seen-them-all atmosphere of these events is enhanced by the competitors all necessarily being hidden in helmets and ski suits, with some desperately trying to express a personality through ‘wacky’ headgear designs. (It has been suggested that this also explains why various Winter Olympians were happy to be pictured smiling in their underwear before the Sochi games began.)

As for the events decided by judges’ marks, there is a good case for arguing that no such subjective carry-on should ever be considered as a serious sporting contest. Even one of the greatest sports, boxing, can be demeaned by the idiosyncrasies and idiocies of judges. Sporting tragedy becomes farce when judges award Olympic medals for dancing on ice or doing tricks in the snow, almost reducing the ‘greatest show on earth’ to the level of reality TV (‘Strictly Come Sochi?’). Britain may still go on about Torvill and Dean’s gold as ‘our’ finest Winter Olympic hour, but if ice dancing is a real Olympic sport it is hard to argue with those who want the ballroom version included in the summer games.

Of the few events where teams clash directly, only the ice hockey can really warm the blood, which is why it was responsible for one of the few truly memorable Winter Olympic moments – the US victory over the Soviet Union in the 1980 games, hailed ever since as the Miracle on Ice. As for the bizarre team game of curling: despite the BBC’s attempt to talk up this week’s win for England over Germany, it was not quite a re-run of 1966 and all that.

Of course, many people enjoy skiing-and-drinking holidays these days, and even this unsportsmanlike old cynic has had a great time in the snow. Alpine skiing remains, in its own small way, a triumph of human ingenuity over nature’s obstacles. But as spectator sports, none of these winter events can hold a candle to the tooth-and-nail fights to the finish we witness on the Olympic running track every four years. The fact that the most excitement on the ice and snow often seems to come when a competitor falls over, like an Olympian version of You’ve Been Framed, speaks volumes for the rest of the competitions.

Just one more reason why, despite the hype, the Winter Olympics leave some of us cold. Fears have been raised that moving the 2022 football world cup in Qatar to winter could ‘impact on’ (as in, crush) that year’s winter games. But who would notice?