The Bill banning smoking in cars is worse than you think. 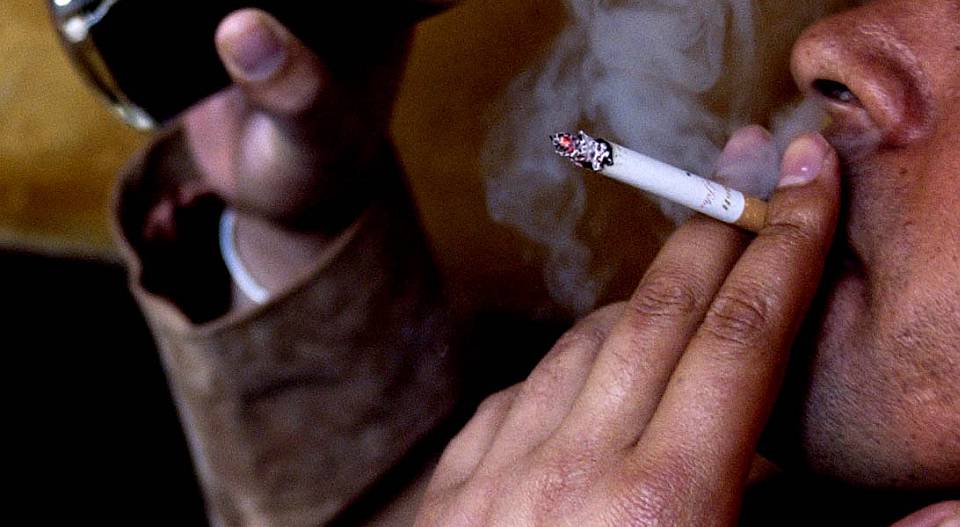 Banning smoking in cars is a classic example. The elected government is against it, the deputy prime minister is against it, it’s been rejected in the House of Commons, and yet it is on the brink of becoming law thanks to the parliamentary opposition persuading unelected lords to tack it on to a different piece of legislation. Thus, last night, the amendment to the Children and Families Bill was comfortably voted through in the Commons.

Blogger Dick Puddlecote has written a must-read post about the implications of the ban on smoking in your own car if under-18s are in it. As he says, it not only leaves the door wide open for bans on smoking in the home, but it also makes the police responsible for enforcing ‘nanny state’ regulations for the first time in our history.

It’s senseless to argue with people who say that this legislation isn’t the thin end of the wedge. In the four years that I have been writing about these issues, I have given enough examples of the slippery slope for all but the most wilfully ignorant to see how it works. This week, it was grimly amusing to hear people denying that the slippery slope exists while citing the law enforcing the wearing of seat belts in cars as a precedent for banning smoking in cars. If they knew their history, they would know that their proposal was just the kind of thing MPs had in mind when they warned of mission creep during the parliamentary debate on mandatory seat belts in 1979.

Those MPs were ignored in 1979, but they have ultimately been shown to have been right. At a time when campaigners claim that ‘sugar is the new tobacco’, and the head of the World Health Organisation rants about ‘Big Soda’, the time has come to stop arguing with people who pretend that precedents do not have predictable consequences which follow from the precedent being followed to its logical end. Sure enough, it took only a matter of hours before the question of extending the ban to e-cigarettes surfaced.

When I was at university, I remember a politics lecturer mentioning that the parliamentary debate on seat belts was one of the few examples of John Stuart Mill’s harm principle being seriously discussed in the House of Commons. Rightly so, since it was one of the first times in recent history (along with the motorcycle helmet law) that the government legislated to save people from themselves. The rest is history. Since then we have seen a raft of increasingly intrusive paternalist laws introduced ‘for our own good’, with the seat belt legislation cited as a precedent.

This was all predicted in 1979. Back then, Ivan Lawrence MP said: ‘Since I have been in the House I have seen the cogent arguments and the telling pleas of honourable members on both sides of the House persuading and succeeding in persuading the House that it is only a very little piece more of liberty that we are withdrawing and for such great benefits and advantages. As a result we have far fewer of our freedoms now than was ever dreamed possible a few years ago. In the end we shall find that our liberties have all but disappeared. It might be possible to save more lives in Britain by this measure – and by countless other measures. But I do not see the virtue in saving more lives by legislation which will produce in the end a Britain where nobody wants to live.’

Parliamentary debates like this are a thing of the past. Indeed, parliamentary debates about smoking will soon be a thing of the past now that the Children and Families Bill looks to be heading for royal assent. The real story is not the ban on smoking in private cars, but the enabling act that has also been tacked on to the bill. This enabling act allows any health secretary to do almost anything they like regarding tobacco without having to go to the trouble of having a debate and a vote.

The astonishingly wide sweep of the amendment is worth stating in full. Here is the relevant section:

(9) The Secretary of State may by regulations—
(a) create offences which may be committed by persons who produce or supply tobacco products the retail packaging of which breaches prohibitions, requirements or limitations imposed by regulations under subsection (6)”.’

This basically gives carte blanche to any health secretary to bring in plain packaging and create any number of new tobacco crimes at the drop of the hat. Knowing how quickly politicians go native when they start working at the Department of Health, this is a crank’s charter and the anti-smoking mob knows it. As far as they are concerned, the amendment makes plain packaging a done deal.

Deborah Arnott, chief executive of Action on Smoking and Health, said: ‘This is a great win for tobacco control and public health. We congratulate parliamentarians from all parties and the crossbenches in the House of Lords and all those supporters, who worked so hard to make standardised tobacco packaging a reality. Everyone who cares about protecting the health of children and about reducing the toll of death and disease caused by smoking should welcome the outcome of today’s vote. We are absolutely delighted.’

And so they should be. Tobacco-control campaigners lost the argument, they lost the public consultation and they lost the political battle in the elected chamber, but they found a way of never having to go through the democratic process again. If this law goes through, all they will need to do in the future is flatter whichever inexperienced politician is trying to make a name for themselves as minister for public health and they will be able to get away with murder. This is more than they could ever have hoped for and the media haven’t even noticed.

Christopher Snowdon is director of lifestyle economics at the Institute of Economic Affairs. He is also the author of The Art of Suppression: Pleasure, Panic and Prohibition since 1800 (2011), The Spirit Level Delusion (2010) and Velvet Glove, Iron Fist: A History of Anti-Smoking (2009). This is an updated version of an article written for Christopher’s blog, Velvet Glove, Iron Fist.