A report claiming Assad executed 11,000 prisoners is not all that it seems. 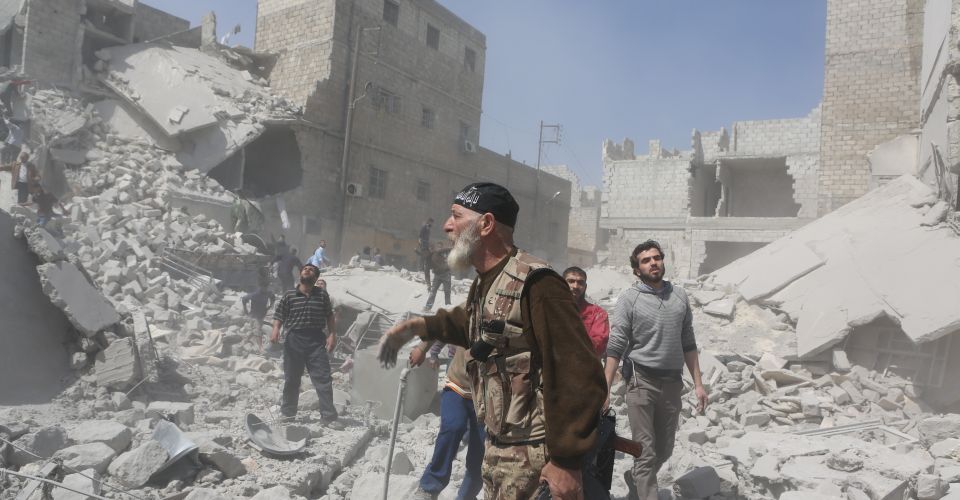 This week saw the publication of a new report into alleged atrocities committed by the Syrian government. The report, published by an inquiry team made up of English barristers, claimed to show that the Assad regime is guilty of making extensive use of torture and execution. The report focused specifically on assessing the credibility of evidence provided by a defector from the Syrian military police, a man known as ‘Caesar’. The report’s findings were seen by many as a fresh justification to try the Syrian president, Bashar al-Assad, for war crimes.

Alongside the Syrian civil war, which is nearing the end of its third year, there is also an entirely separate battle playing out between the Western legal and political classes: a desperate battle as to how the West can morally grandstand about the Syrian conflict while remaining within the confines of international law. The inquiry report is just the latest card played in an endless, tawdry, pseudo-legal dispute, fought between international lawyers and politicians, which has dragged on alongside Syria’s disintegration. The West’s response to the Syrian conflict has never been about what is best for Syria; it has been about how the mechanisms of international law can maintain their moral legitimacy in the face of alleged defiance and transgression. While the civil war rages on the streets of Syria, Western governments are fighting among themselves to maintain the dwindling moral authority of their own institutions.

The nature of this ‘battle’ was thrown into stark relief following the revelation that Assad had launched a chemical weapons attack on his own people last summer. Many pointed out that Syria had crossed the ‘red line’ referred to by the US president, Barack Obama, during a press conference in 2012, in which he said the use of chemical weapons on a significant scale may justify American intervention. However, following revelations regarding the attack, Obama retreated on his own comments, saying that the ‘world’ had set a red line when it ‘passed a treaty’ forbidding the use of chemical weapons.

In other words, the ‘red line’ was a legal one, not a moral or political one. Obama’s argument was that the use and movement of chemical weapons would open the door to other states to breach the provisions of international law. Far from preventing and mitigating conflict, it was these conventions of international law that Obama used as a justification for waging war.

The legal handwringing was mirrored in Britain. The House of Commons debate in August last year, on a government motion to table a resolution before the UN Security Council, began with a speech from the UK prime minister, David Cameron, in which he said, explicitly, that the motion was not about ‘taking sides’, but ‘our response to a war crime’. Military action, he said, would not be about resolving the conflict, nor would it necessarily be for the sake of the people of Syria; rather, it was about ‘deterring the further use of chemical weapons… in breach of international law’.

This legalistic response to the question of whether to go to war mirrors the objections of the majority of the liberal media to the war in Iraq in 2003. Back then, the liberal media decried the war on the basis that it was ‘illegal’, as if no other questions really mattered. It is ironic that international governments have now absorbed and adopted this legalism, this blind deference to the law to decide the proper moral position on a question. The effect of enforcing the overwhelming normative authority of international law is to drive governments to go to war, rather than avoiding conflict.

It is in that context that the report by a group of English lawyers was passed to British newspapers earlier this week, purporting to demonstrate ‘widespread torture and execution’ undertaken by the Syrian regime. But despite the report’s claims being believable in the light of Assad’s conduct to date, the report itself has little to do with the objective reporting of fact.

The report was paid for by the Qatari monarchy, who instructed a London firm of solicitors, Carter-Ruck & Co, to issue a ‘mandate’ to a team of English barristers to investigate Caesar’s claims. Caesar himself is related by marriage to a member of the Syrian National Movement, which has also received Qatari funding. While it was reported that the evidence showed 11,000 prisoners had been executed, the report states that only 835 pictures were examined in detail.

Another issue is the swift turnaround of the report. The lawyers only started interviewing Caesar on 12 January this year, and the final report was handed to the Guardian and CNN just eight days later. Nonetheless, the authors maintain that the evidence was given ‘rigorous scrutiny’.

The short timescale has led some to suggest that the ‘time constraints’ referred to in the report were dictated by the Qataris, to allow the report to be deployed at the Geneva 2 peace talks, which commenced on Wednesday. Sure enough, the report was referred to on Wednesday by the head of the Syrian opposition coalition, Ahmad Jarba, who cited the document as evidence of ‘systematic’ torture and execution of opposition detainees.

It is a truly bizarre set of circumstances: lawyers in England have effectively been paid by the Qatari monarchy to cobble together a report on questionable evidence from a Syrian government defector, which they have rushed to produce and publicise in time for the leader of the opposition coalition to exploit at peace talks.

But such are the lengths that international lawyers are willing to go to in order to bolster the moral authority of international law. Their hope, as is the hope of the Qatari monarchy, is that the report will lend legitimacy to renewed efforts to indict Assad for war crimes. No matter that an indictment would have no positive effect on the conflict itself, not least because an indictment could not be enforced without the assistance of the Syrian authorities, who are clearly not going to cooperate. For the institutions of international law, an indictment would at least make their position on Assad’s conduct clear.

In fact, an indictment would be a disaster for the people of Syria. It would compel all the countries surrounding Syria to surrender Assad if he crossed their borders. Assad could no longer flee and cede power, meaning his choices would be limited to dying in combat or submitting to a trial at the International Criminal Court. The effect would be to prolong the civil war while Assad clung desperately to power. An indictment would also lend artificial international approval to the Opposition Council, a loose affiliation with no democratic mandate in Syria itself.