The death of pop: don’t blame it on the download

It's the conservatism of today’s youth that fuelled pop’s decline. 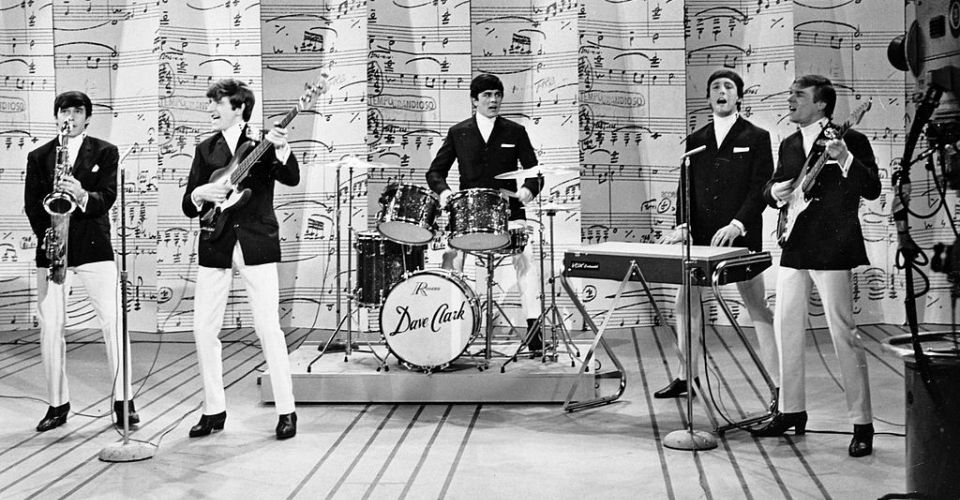 In 2011, the US band Destroyer tugged at many critics’ heartstrings with their ninth album, Kaputt. Despite having a name better suited to a death-metal outfit from Sweden, the band based the sound for this album on the mid-Eighties, ‘progressive pop’ template of Prefab Sprout, Talk Talk and forgotten Scots duo, The Blue Nile. The result was sumptuous, smart, adult-oriented pop with bags of melodic and emotional complexity, let down somewhat by fretless bass and wafting saxophone solos. No matter, the title track of Kaputt caught many a critic’s ear for the chorus refrain alone: ‘Sounds, Smash Hits, Melody Maker, NME, all sound like a dream to me.’

In one line, an Anglophile open love letter to a vanished pop era highlighted an unusual generation gap, and reduced fortysomething hacks to blubbering wrecks in the process. While those born in the Sixties may cling to notions of pop’s ‘importance’, younger generations appear far less obsessive or even interested. Many argue that computer games, the internet and social media have filled the gap where buying vinyl and the music weeklies used to be. It is the impact of this new online world, and how it has altered people’s relationship to pop music, that partly informs Bob Stanley’s new book, Yeah Yeah Yeah: The Story of Modern Pop. A dense and thorough history of pop music, Stanley’s book actually stops in 1999 because it was at this point that pop music, as he sees it, ceased to be ubiquitous. Smash Hits, Select, Melody Maker and the BBC’s Top of the Pops are all gone. Chart hits no longer have much of an era-defining quality to them, and regional-based underground music scenes, based around small pub and club venues, barely exist in any meaningful way.

Thus Yeah Yeah Yeah appears as both a warm celebration of pop’s greatest hits and a forlorn elegy for a fading institution. As both a broadsheet freelance journalist and a musician with the band Saint Etienne, Stanley is well equipped to cover this mammoth story from both angles. His way of approaching pop’s story echoes the sound of Saint Etienne at their best: mainstream and modern in sound, but echoing a bygone world of Ready, Steady, Go, the Beach Boys and back copies of the 1970s paper, Record Mirror. Just as Saint Etienne unified the present and the past, so, too, does Yeah Yeah Yeah.

Stanley decides to start his epic story in 1952, the year seven-inch singles were first issued, and the Hit Parade started to appear in the NME. Far from being a dry list based exclusively on sales (at least in Britain), the parade ‘meant competition, excitement in league-table form, pop music as a sport’. Stanley captures well the youthful ritual of listening to the singles chart rundown on a Tuesday lunchtime, the appearance of key bands on Top of the Pops on Thursday, and the ‘did you see…?’ conversations at school the next morning.

Although Stanley covers the vast majority of chart-busting acts over a 50-year period, he still finds time to mention the no-hit wonders whose influence endures to this day. It is this wholly personal, often unorthodox approach to pop’s back catalogue that gives Yeah Yeah Yeah the authentic voice of the music fan. Hence there are recognisable and highly enjoyable pub-style arguments about past greats raging across its 700 pages. Pop music can be a tribal beast and Stanley captures well the sometimes personal championing of one band against another. And so it is here: The Beatles over the Rolling Stones, the Sex Pistols over the Clash, Pulp over Blur, and so on. Stanley is unafraid to champion those who have long been derided, be it Cliff Richard and the Shadows in their prime or the ‘genuinely subversive’ UB40 (before they became a chicken-in-a-basket cabaret act), or Phil Collins’ debut solo album, Face Value (praised for its straight-ahead blue-eyed soul).

One of the most fascinating and surprising chapters, given Stanley’s anti-rockist stripe, is his explanation of why heavy metal was so big – and mostly enjoyable – in the Seventies and Eighties. But Stanley is wise enough to avoid making any ludicrous claims for, say, Herman’s Hermits being better than The Beatles or for Bob Dylan and the Beach Boys being ‘overrated’. Each of these staples of pop history given praise, but without Stanley rehearsing and falling back on familiar arguments. Stanley’s trick is often to uncover some fascinating new fact about a long-established act which he then uses to explain their appeal.

None of this means that Stanley makes his judgements according to melody and brilliant-album status alone. Pop bands and singers still have to display a sometimes-elusive cool factor because, even if they’re masterful tunesmiths, some can still be resolutely unlovable. The Boomtown Rats, the Stranglers, XTC and, for me, Elvis Costello tend to hit that category. For Stanley, while the Police’s early singles were ‘economical and irresistible’, ‘the feeling that something wasn’t quite right crept in early’. Quite. Nowhere is this truer than with U2 who, despite some very fine albums, are a band impossible to love and easy to hate – and it’s not all down to the preposterous Bono, either.

Sometimes, the anti-cool factor is a cruel judge, as the Bee Gees repeatedly found to their cost. Despite a back catalogue of genuinely phenomenal songs, despite the soundtrack to Saturday Night Fever still sounding miraculous and beamed in from another planet, the Bee Gees have become a byword for the gauche and tacky. Chic they were not. Stanley’s attempt to explain this chasm between the pristine quality of the Bee Gees’ songwriting and their irredeemable public image is perhaps the finest segment in Yeah Yeah Yeah. The hostility the Gibb brothers generate is long documented, and attempts to rehabilitate them by focusing exclusively on their music remain unconvincing. No matter how much Barry Gibb remains bitter at the Bee Gees’ public reputation, that enormous gap between their work and their image is an inexorable part of the Bee Gees story. Stanley gets the balance right and offers a sharp insight into why a set of siblings who had so much going for them ended up getting all the fine details so spectacularly wrong. But by concluding that the Bee Gees were ultimately responsible for writing a dozen or so pinnacles of modern pop, Stanley gets the judgement just about right.

Stanley is keen on repeating the term ‘modern pop’. He argues that Elvis Presley ‘invented himself, a true modernist’ and makes similar claims for Sam Phillips, too. This allows Stanley to have a balanced, nuanced view of Berry Gordy and Motown Records while defending their universal appeal and brilliance against (usually white) soul purists. As Stanley puts it: ‘Motown is shorthand for goodtime party music, memories of simpler times when pop was there to make young America dance, not challenge audiences. In that respect, nobody did it better.’

The key strength of Yeah Yeah Yeah is that Stanley appreciates the lives people were leading in the postwar period and shares their excitement at the dramatic improvements in life then being experienced. So while Chuck Berry or Bill Haley may sound thin and tame to contemporary ears, Stanley reminds us how electrifying and revolutionary they would have sounded back in the 1950s. Compared with historian Dominic Sandbrook’s series of books on postwar Britain, Stanley shows a much greater affinity with how people were living their lives back then and why consumer society, affluent teenagers and the breaking down of racial barriers were a positive, transformative development. He is far less positive about the twenty-first century than he is about the Swinging Sixties or the radicalised Eighties.

Ending his story of pop in 1999, Stanley appears a little unenthusiastic about Nineties pop, especially Britpop. Perhaps it’s because that tension between the underground and the mainstream, so essential to Stanley’s pop history, had started to fade by this time. Pop music was already beginning to resemble fun for all the family, a development which was to reach its nadir with the intergenerational camping trips, and blanket BBC coverage, of the Glastonbury festival.

Stanley’s key argument is that the digital age has killed off the modern-pop era. ‘Pop music doesn’t have the desirability it once had; it’s not as wantable. Instant downloads require no effort, and so demand less of an emotional connection.’ No doubt technological changes have influenced the way people react to pop music, but, as the ebb of pop during the Nineties indicates, it seems the tribal edge, the localised scenes and the desirability factor of pop were starting to fade long before illegal downloads were just a click away.

Although the image of the pop-obsessed teen ensconced in his box-bedroom evokes isolation and privacy, for many young people pop music was also a gateway to achieving independence and standing out from the crowd. Singer Tracey Thorn, in her charming autobiography Bedsit Disco Queen, writes that ‘I’d realised that joining a band could be a shortcut to the kind of local status and prestige I dreamed of. I was uncertain about my looks… and thought I had a better chance of making an impact if I became someone. And being in a band surely made you a someone.’ Thorn writes that the appeal of pop music was to be where things were happening and exciting, and if a boyfriend was to be found along the way, all the better.

For previous generations, pop music was as much about the social side of music as it was about seven-inch singles and chart rundowns. Today, when young people are encouraged to hunker down in the bosom of the family well into adulthood, and with the outside world presented as a fearsome place to be, pop music is no longer quite so resonant as a symbol of excitement and independence, sex and romance. The desirability of pop music has faded, not because of MP3s and free downloads, but because the desire to be extraordinary, independent and free is less of a smash hit today. Sounds, Smash Hits, Melody Maker, NME – no wonder it all seems like a dream.

Yeah Yeah Yeah: The Story of Modern Pop, by Bob Stanley, is published by Faber & Faber. (Order this book from Amazon(UK).)