Steve McQueen’s startling film evokes a time that is, thankfully, so unlike our own. 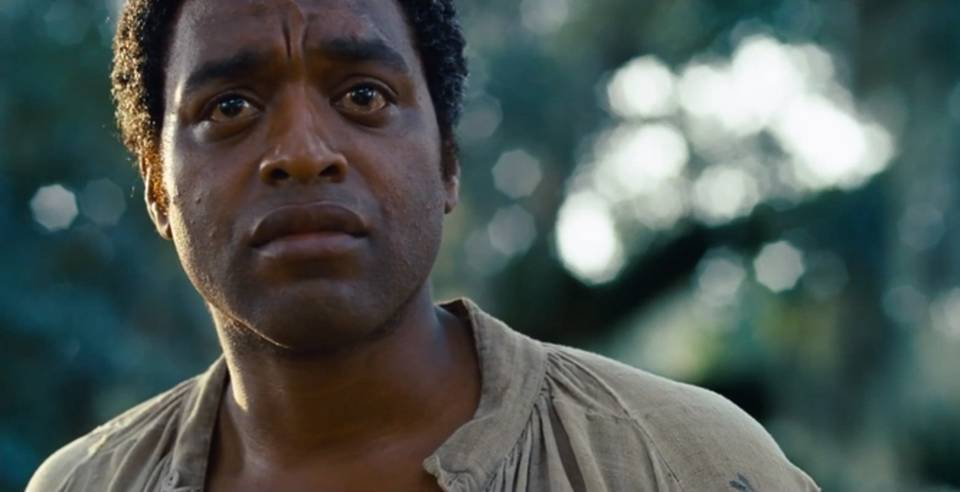 With the claims about ‘modern slavery’ that have been widely discussed in the UK in recent months, Steve McQueen’s 12 Years A Slave – which tells the story of a free black man who was kidnapped and sold into slavery in the antebellum American South – has been hailed as a film that chimes, chillingly, with our own times.

This sentiment has been put about, not least, by McQueen himself. In one interview last year, he reflected: ‘There’s more slaves now then there were in 1853 when the story ends. So 160 years later, we’re still in the same situation.’ Meanwhile, other commentators have seen in the plight of Solomon Northup (Chiwetel Ejiofor), whose eponymous memoir the film is based on, a reflection of the US industrial-prison complex, which continually ‘enslaves’ black Americans to this day.

However, while the myriad economic and geopolitical impacts of that most shameful period in human history aren’t to be underestimated, the idea that nineteenth-century American slavery serves as a drag-and-drop framework through which we can easily comprehend our current predicament is ludicrous. If this film and the reception it’s had illuminates anything about today, it is modern society’s increasing impulse to impose the age-old models of good and evil, that we see as crystallised in the atrocities of the past, to give meaning to these strange and confusing times.

As Mick Hume has pointed out previously on spiked, in a time when society lacks a clear moral consensus, the spectre of slavery has become a fable that we use to give meaning to the events of today. This is something that became all too apparent last November, when the discovery of a weird cult in south London was quickly blown up to be proof of the chattel that still lurked behind the netted curtains of modern Britain. (See The half-truths and wild claims of the Brixton slave story by Brendan O’Neill.)

Of course, ‘it’s so relevant to today’ is the sort of press-junket platitude that gets thrown at historical films so often it’s almost lost all meaning: a vaguely pithy remark spouted by eager film hacks to flatter a director, which directors all too often indulge. However, in this case, it only does a disservice to what is a truly staggering work that explores the unique conditions of American slavery in a way no other film on the subject has yet managed.

When we first meet Solomon, he is an accomplished violinist, a gentleman of standing and a loving family man, living in middle-class comfort in Saratoga, New York. In this sense, he serves as a vehicle, a bridge between the two worlds that allows McQueen to get to grips with the existential horror of finding oneself stripped of one’s freedoms. Drugged by two ebullient strangers, who offer him a lucrative position in a travelling troupe, Solomon awakes in a cold cell, stripped of his fine livery and chained to the wall. He pulls at his fetters, he shouts, he protests his status, but it’s of no use. He’s beaten by a slaver until he falls to the floor. It’s a stark image.

Solomon is shipped to the South and sold to work on a plantation in New Orleans. The sepia-tinged landscape – lilting trees and mosses hanging over the bayous – feels alien and hellish, a wilderness surrounding the inferno. Yet it is captured with a warmth and a jarring beauty. Likewise, McQueen excels in teasing out the strange ambivalences of his characters. Solomon’s first master, played by Benedict Cumberbatch, treats his chattel with humility, teaches them scripture, and takes a special interest in his latest purchase, whose intelligence and social grace surpasses the rest of his stock. But when Solomon – by now stripped even of his real name – retaliates against a vicious slave driver, his master is given no option but to sell him on to the self-touting ‘nigger-breaker’, Edwin Epps (Michael Fassbender). Solomon may be exceptional, but he’s still a slave – there’s nothing to be done.

In this, McQueen refuses to reduce slavery to a black-and-white morality tale, as so often happens today when the term ‘slave’ is dredged up to label the dynamics of one strange house in Brixton or, more risibly, the fate of unpaid interns. The horrors of nineteenth-century slavery weren’t the result of a visceral racism, a widespread mania or a crisis of human compassion that took hold of the vicious American South; they were a structural, societal subjugation, a paradigm that took root for 200 years and which, in turn, gave expression to some of the darkest propensities of humanity. Fassbender’s chilling performance embodies this masterfully. Epps is a vicious psychopath, who delights in the degradation and torture of his ‘property’, but his actions are enabled by the society he operates in. When one of his white labourers (a Canadian abolitionist played by a grizzled Brad Pitt) asks why he treats his slaves with such inhumanity, Epps replies ‘a man is free to do as he pleases with his property’. This is all the more chilling for the fact that, according to the law of the time, this was unadulterated truth.

The scenes of the beating, lynching, rape and whipping of slaves are harrowing, but used sparingly. Many take place just out of shot, or in the far distance, captured by McQueen’s signature lingering long-shots. Infamous American critic Armond White – who reportedly heckled McQueen, declaring him a ‘garbage man’, at an awards ceremony this week – has accused the film of playing to the perverse tastes of the white guilt-ridden audience, the horrific violence allowing them to ‘feel good about feeling bad’. But while McQueen’s films are marked by a certain fixation on the sheer spectacle of degradation and suffering, most notable in his 2008 debut about the republican hunger strikes of 1980s Northern Ireland, Hunger, here it feels justified and purposeful.

The most graphic scene comes towards the end of the film, when Epps forces Solomon to whip fellow slave Patsey (newcomer Lupita Nyong’o), before finishing the job himself. We see the lash land on her bare back, tearing flesh, again and again. It’s deeply unsettling, among the most shocking images committed to celluloid, but it isn’t excessive or exploitative, for with each hellish crack, the stark reality of this unique time in history comes sharply into focus.

Despite the praise of some of the more effusive reviewers, this is not a definitive document on slavery. How could any film claim to bear full witness to a subject so complex? What’s more, the script isn’t without its more superficial, sentimental moments. Nevertheless, 12 Years A Slave remains a towering achievement. Ejiofor’s performance is devastating, as much for the indomitable hope as the crippling despair that his world-weary visage evokes. Paired with McQueen’s painterly, unassuming style, it’s a potent combination that illuminates a time that is so, thankfully, unlike our own.

Watch the trailer for 12 Years A Slave: