US firms and the ‘dash for cash’

American companies are grimly hanging on to cash, or returning it to shareholders, rather than investing in innovation. 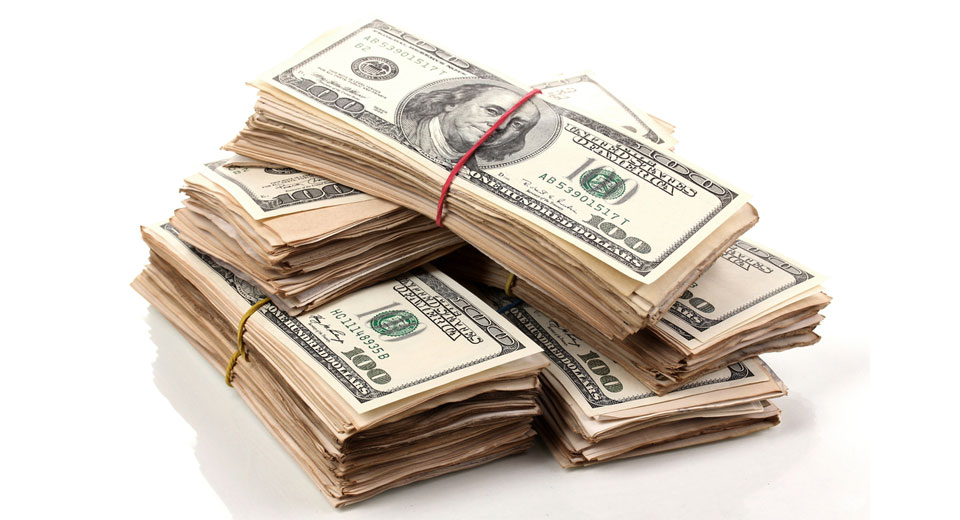 This time last year, two economists at the Federal Reserve Bank of St Louis, part of the US central bank, estimated the total cash held by companies listed on the US stock market in 2011 at about $5 trillion. That’s an astonishing 30 per cent of GDP. Now John Plender, a doyen of the Financial Times, has castigated Apple, Google and Facebook for being ‘latter-day Scrooges’. What’s going on? Why do big US firms salt their dollars away, rather than spend them on innovation?

To hoard during an investment slump shows a perverse and striking loss of nerve. America, the land of opportunity, is now a place where the willingness to spend cash on exploiting opportunities is dwindling fast. The St Louis economists do concede that the dash for cash started in the early 1990s, that it’s largely to do with ‘structural factors’, and that it’s likely to have emerged independently of the financial crisis. Yet neither the St Louis Fed nor the FT really want to admit that America’s investment strike is deep-seated.

For the St Louis Fed, the growth of IT firms has led to what it calls ‘the rising importance’ of research and development (R&D) in the US economy; and that, plus increasing competition, ‘seem to have contributed to the rise of cash’. Why? ‘Since R&D is an activity intrinsically connected with uncertainty, the association of R&D and cash holdings is a natural one.’

It’s hard to tell, but perhaps the St Louis authorities meant that R&D-intensive sectors such as IT and pharmaceuticals like cash because the commercial success of their efforts in R&D is uncertain. Here, though they earn little or no interest at banks in the present, cash hoards would be a cushion against failed innovations in the future.

Such a view is implausible and complacent. Cash hoards in both IT and pharma are typically as big as or much bigger than complete annual research budgets. After ‘wasting’ billions on a failed R&D project, funding a new one out of cash rather than as part of normal operations would be both odd, and no big deal. Apple, for example, has $147 billion in cash, nearly double its liabilities; Pfizer has $33.7 billion; Merck, $18.2 billion.

So why the craze for cash? Staying liquid does lower the transaction costs of financing new investment – if, that is, such investment really transpires. Moreover, in keeping with today’s anxiety about taking risks, it’s harder to borrow money to finance R&D than it is to borrow money to buy capital equipment. Above all, firms hold cash to help, not in arduous if productive pursuits like R&D, but in the simple, financialised and parasitic business of acquiring other firms, or in the buying back of their own shares so as to inflate their price.

All this escapes John Plender. For him, cash is king among IT firms because they’re labour-intensive, and so ‘can reasonably argue that it is inappropriate for the owners of financial capital… to have all the control rights in the corporation when human capital drives growth’. In other words, Apple and Google and Facebook love their staff so much, they protect them with their own sources of corporate finance, rather than more hazardous loans or shares.

This account is subjective. Amazon notoriously mistreats its ‘human capital’. But it has built up its cash, from $3.7 billion at the end of 2008, to $7.7 billion more recently – a relatively modest but still sizable 11 per cent of current revenues.

Everyone smiles that cash piles need not damage investment. Indeed, some insist that US technology is advancing so fast, ‘there’s never been a worse time to be a worker with only “ordinary” skills and abilities to offer, because computers, robots and other digital technologies are acquiring these skills and abilities at an extraordinary rate’. Yet there’s no evidence for a technology-led boom in the US. R&D ought to be of ‘rising importance’ there, as St Louis says, but spending on R&D peaked in 2009. Meanwhile robots are multiplying only slowly, and the productivity impact of mainstream IT is in decline.

Such technological breakthroughs as have occurred in the US aren’t enough to make capitalists invest there in any kind of profound manner. Rather, the late twentieth-century bourgeois virus of ‘uncertainty’, to which the St Louis Fed refers, ensures not only growing corporate cash, but also tightening R&D budgets.

Since the early 1970s, the US has suffered a massive slowdown in economic growth and innovation. Now that, for many, ‘technology’ mostly means a new narcissistic app on a tablet or smartphone, America’s elite has lost confidence that tech really justifies serious commitment. Apple and its peers are prepared to innovate, a bit; but even with these relatively high spenders on R&D, miserliness is second nature.

The leading Democratic Party economist Larry Summers, a Keynesian, today talks up state monetary and fiscal palliatives so as to avoid ‘secular’, or long-run, stagnation in the US. Fears about such stagnation are also now voiced about Japan and Europe. The doomsters are wrong in both their superficial analysis of the roots of stagnation and in their superficial remedies for it. But they have dimly registered something which St Louis and the FT would rather not.

Even with an economic recovery, writes Plender, ‘America’s technology wizards will still be condemned to spew out cash that they cannot absorb in business investment’. What a great prospect!

James Woudhuysen is professor of forecasting and innovation at De Montfort University, Leicester, and editor of Big Potatoes: the London Manifesto for Innovation. Read his blog here.