Our cultural highs and lows of 2013

Find out what enraged, engaged, enthralled and appalled spiked’s culture vultures this year. 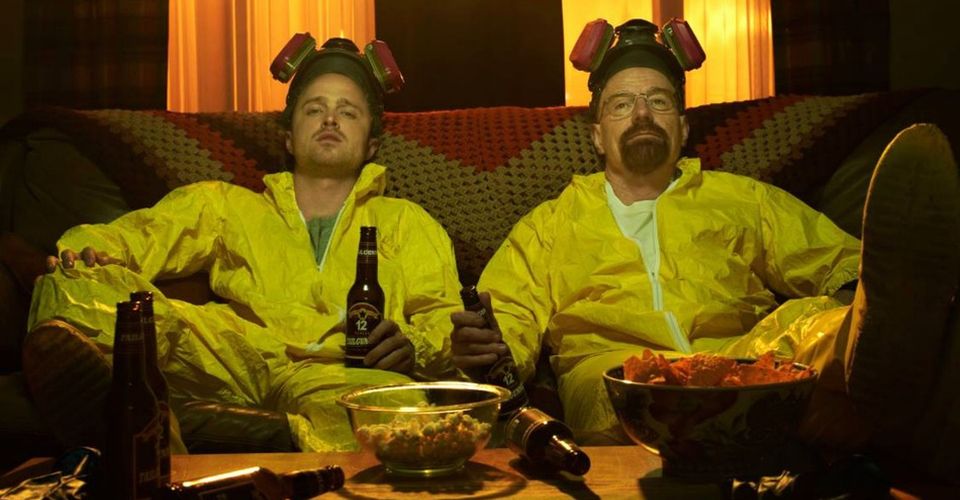 High: 12 Years a Slave, a film by Steve McQueen

I know, it’s not officially out in Britain until 2014, but Steve McQueen’s 12 Years a Slave is on in New York, where I saw it. The true tale of a free black man kidnapped into slavery in 1840s America, it will pierce your soul and ravage your tear ducts. It’s both devastating and uplifting. Seriously, brace yourselves.

When Moz was being wittily whiny for two-and-a-half minutes to a tune written by guitar genius Johnny Marr, it was great. But when he’s being witlessly whiny over 457 bloody pages of reminiscences about his traumatic birth, his ‘vomitarian’ school dinners, his hopeless teens and his loveless adult life, it’s all a bit much. This joke isn’t funny anymore.

Leonard Cohen live at the London O2 was a life-affirming evening with a 79-year-old singer who acts his age and makes Jagger and Co just look sad. Glad he didn’t die before he got old.

Low: Anything from the BBC drama department

As for lows, there are too many to mention, bah humbug etc. But anything from the BBC’s femi-miserabilist drama/diatribe department would be a contender (Peaky Blinders the dishonourable exception). Special mention goes to the heartfelt Mandela tribute staged in the, er, EastEnders corner shop…

Mick Hume is editor-at-large of spiked.

I didn’t see a better film this year than Django Unchained: thrilling, horrifying and entertaining in equal measure.

Panorama, Tonight and Dispatches compete with each other in regurgitating chattering-class prejudice as news, yet puff themselves up as hard-hitting journalism. It seems everyone involved has forgotten that a journalist’s job is to question perceived wisdom, not endlessly reinforce it.

High: A Mad World My Masters, a play by Sean Foley

My cultural highlight was Sean Foley’s production of Thomas Middleton’s A Mad World My Masters at the Royal Shakespeare Theatre in Stratford upon Avon. The show took great and, some would say, inordinate liberties with the text to make it riotously funny. Offering a world of unconscionable Elizabethan reprobates, the standout line was one gold-digging hooker marvelling at jewellery she’s been given as a gift, saying ‘how lovely – I’ve never had a pearl necklace before!’.

Low: Barking in Essex, a play by Clive Exton

The cheesy sitcom gags in Barking In Essex made it one of the most excruciating comedies in the West End – unsalvageable even by a great cast including Sheila Hancock.

Patrick Marmion is a freelance journalist, playwright and a part-time tutor at the University of Kent.

High: The Strange Undoing of Prudentia Hart, a play by David Greig

The Strange Undoing of Prudentia Hart was a play about a girl’s descent into hell, performed in a pub, entirely in rhyme. It sounds annoying, but it was beautiful, frightening, funny and highly theatrical.

Low: The Ritual Slaughter of Gorge Mastromas, a play by Dennis Kelly

The Ritual Slaughter blah blah blah began with the actors sat on an undressed stage, telling a story about a boring character being boring. It finished with the same boring character dying, which to my mind was a massive relief. A three-hour, poorly disguised lecture on the evils of capitalism, which sounded like it had been devised by a group of irritating sixth-form drama students. Hellish.

High: Curiosity: Art and the Pleasures of Knowing, an exhibition at the Turner Contemporary

Often the dramatic sea views from the Turner Contemporary gallery in Margate only highlight the vacuity of the content inside. July this year was different. The exhibition, Curiosity: Art and the Pleasures of Knowing, offered an intriguing array of the interesting, bizarre and beautiful. The gallery formed a giant cabinet of curiosities, with pen and ink studies by Leonardo da Vinci at its centre. These intricate jottings needed to be viewed through a magnifying glass in order for the details to be truly appreciated, but the tiny calculations and diagrams offered a glimpse into how da Vinci’s mind worked.

My cultural lowlight was filmed not far from Margate. Channel 4’s Southcliffe was unrelentingly grim. Whereas most tragedies offer scenes of light relief to enable the audience emotionally to regroup and to appreciate the depths of despair, Southcliffe had no humour, no characters to arouse our sympathy, and no real explanations for the unfolding horror. It was just awful.

There was much – too much – written this year about sexism in pop music, whether it be the ambiguous lyrics to Robin Thicke’s ‘Blurred Lines’ or the sleazy debauchery of Rihanna and Miley Cyrus.

Among all the pop hysteria, splendid relief came from the smiling Swedish female duo Icona Pop, whose joyous anthem ‘I Love It’ dominated the airwaves in the summer. Their blend of carefree charm and sisterly hedonism in ‘I Love It’, ‘All Night’ and ‘Girlfriend’ was a refreshing antidote to those dismal debates on ‘objectification’ and ‘cultural appropriation’. Their life-affirming, hell-raising message reminded me of headbanging to Guns’N’Roses all those years back.

If the post-Sopranos TV landscape has been a war against episodic television, ‘Ozymandias’ marks the most devastating assault yet. No other episode in TV history has used the weight of an entire series to mortify its viewers so skillfully. Its genius lies not in the smorgasbord of shocking moments, but in how painfully inevitable they all seemed.

Meanwhile, Computer Chess only pushed the boundaries of how godawful a movie can be. In place of a plot, Computer Chess indulges in endless dialogue scenes filled with pretentious, juvenile claptrap that’s as dull to listen to as the film is to look at.

Midnight in Paris reconnected Woody Allen to big audiences again, but Blue Jasmine reminded us of his uniqueness like no other film since, say, Mighty Aphrodite. Cate Blanchett’s rocket-propelled performance as the deluded, titular anti-heroine seems to have pushed Allen back to dizzying heights. An emotionally gruelling film about wrecked lives, dashed dreams, betrayal and losing a moral compass or two along the way.

Sometimes it is the ones you love that can let you down the most – and so it proved with this bloated but tepid album. It was billed as a return to ‘event albums’, and trailed by the lithe monster hit single ‘Get Lucky’. Yet Daft Punk seem to have decided that the prissy and soulless muzak of Shakatak and DeBarge needed to be rehabilitated. How did the planet’s most exciting dance duo ended up sounding so flat and dull? How can you have an event album with only a few decent songs? A crashing disappointment.

If television has come into its own as an artistic medium capable of transcending both drama and the novel, Breaking Bad is its defining work. The moral disintegration of Walter White is the classic story of the human condition played out with a richness that is unique to television. It balances a timeless quality with excruciating detail, capturing the absurdities of American culture in the early twenty-first century.

Whether you are a rape victim, someone who has been bullied, or someone who has suffered a micro-aggression such as ‘fat shaming’, you can now tell your story through silently holding up a card, or series of cards, while glaring into the camera. The meme sweeping social media allows those using it to project a mute and almost saintly detachment on the one hand while giving their words a quality of received wisdom and unassailable authority on the other. The speaker is not speaking, yet speaks, is passive, yet aggressive, without fear of contradiction.

High: A Jubilant Quest for the Chromatic, an exhibition at the National Gallery of Modern Art in Mumbai

My high is an exhibition in Mumbai of work by the post-independence Calcutta Group of artists, and especially the painter Gopal Ghose. Future-oriented and outward-looking, these artists captured the vitality of a young nation, and Ghose’s paintings express a modernist sensibility with an unselfconsciously Indian accent. Though several decades old, this art represents a country with a future as well as a past.

Low: The Oath of the Vayaputras, a novel by Amish Tripathi

Although I’ve enjoyed it, Amish Tripathi’s massively popular trilogy of novels about the imagined life of the Hindu god Shiva counts as a low. The intriguing premise of exploring the ancient roots of India’s unique social system degenerates into banalities about the eternal balance between good and evil, and the kind of sentimentalism that plagues contemporary Indian culture.

Dolan Cummings is editor of Culture Wars and an associate fellow of the Institute of Ideas.

It was hard being a Kanye West fan this year. The ongoing, belfie-riddled spectacle that is his relationship with Kim Kardashian, and the comparisons he’s taken to making between himself, Nelson Mandela and, most notably, Christ, made his frayed, noisy paean to poor taste, Yeezus, even harder to defend. Still, in a pallid pop sphere obsessed with role models and outraged by inane twerk anthems, the album was a singular achievement: ambitious in scope, joyously deranged and genuinely controversial.

Pure Heroine, the debut album from 16-year-old popstar Lorde, built its huge success on airy, listless tunes that mounted a half-hearted revolt against stuck-up posh kids and consumerism. Yes, she’s only a kid, but while Lorde may well grow out of such a shallow worldview, the grown-ups who fawned over her obviously haven’t. Indeed, the spectacle of the newly elected ‘socialist’ mayor of New York, Bill de Blasio, bopping out to the podium to the tune of Lorde’s ‘Royals’ was a cultural low in itself.

The George Bellows exhibition at the Royal Academy was a revelation. A lesser-known American artist who died young, Bellows’ paintings and drawings vibrantly capture New York’s burgeoning development in the late nineteenth and early twentieth centuries: the city streets and docks teeming with life, kids (‘river rats’) jumping into the Hudson River, young men scrapping and fighting, dock workers and builders with their horse-drawn drays. In his short life, he captured the energy and ambition of a burgeoning city and country, without romance, warts and all, but with a deep sense of excitement.

The Arts Fund’s ‘Art Everywhere’ project selected 50 works from UK art galleries, blew them up on to giant posters, and pasted them on billboards around Britain. As a misguided attempt at public engagement in the arts, it was not only a waste of money, but an insult to the public, too. Reflecting the facile contemporary discussion about the arts’ role in enhancing society, it demonstrated the paucity of imagination and narcissistic preoccupations of the art world that thinks everyone should feel beholden to it.