The year of intellectually challenged diplomacy 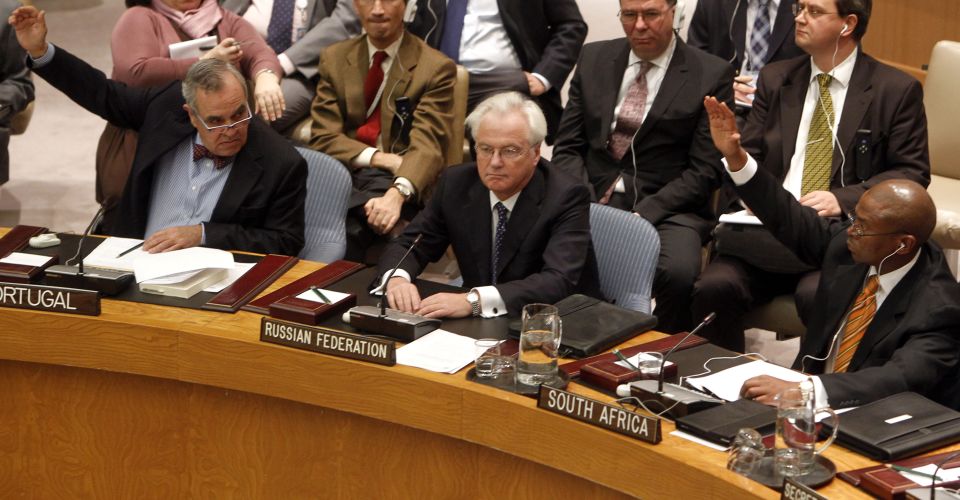 This year, we have seen an explosion in make-it-up-as-you-go-along foreign policy among Western powers. With Southern Sudan, the vanity project of Western celebrity diplomacy, unravelling, Libya becoming another EU-sponsored failed state, and Syria falling victim to the moralising crusades of flat-earth humanitarianism, it is becoming evident that something very disturbing is going on in the foreign offices of Washington, London, Paris and across the EU.

In the past, the Cold War provided a political template that guided diplomats and policymakers. However, as that protracted conflict gradually lost its salience, the weaknesses of Western foreign policy became clear. Foreign-policy makers found it increasingly difficult to give their work any purpose and meaning. Without the certainties of the Cold War, global affairs appeared haphazard and confusing, and foreign-policy makers found it hard to express or pursue their nation’s geopolitical interests. Following the winding-down of the Cold War, which the West framed as a struggle between democracy and totalitarianism, it was difficult for Western powers to revert to the old-fashioned language of nationalism. So for many, the narrative of humanitarianism and ‘international solidarity’ became a kind of functional equivalent of Cold War ideology.

What followed was a growing confusion about the relationship between national interests and foreign-policy objectives. The first Gulf War – Operation Desert Storm in 1991 – set the scene for a series of confused military interventions that had the cumulative effect of eroding the global world order. That war was followed by a succession of military interventions which resulted in the destabilisation of the Middle East and stimulated the rise of a global radical Islamic movement. Everything that the West touched – Afghanistan, Iraq, Libya – turned unstable, and that instability was exported to surrounding regions. Radical critics of these interventions often say that they were a rush for oil and energy supplies or were about securing some kind of imperialist interest. In truth, these poorly conceived interventions served only to undermine the power and moral authority of their authors.

There are many causes of this disorientation of foreign-policy making. An important one is the degradation of the status of diplomacy. Consider Britain. Once upon a time, the Foreign Office possessed gravitas and a reputation for skilful diplomacy. Anyone perusing its archives would be impressed by its policymakers’ depth of knowledge and keen sensitivity to geopolitical developments. Right up to the 1980s, the Foreign Office attracted some formidable operators; indeed, some of the best minds of the world of public service were in the Foreign Office.

Today, the Foreign Office lacks the moral and intellectual resources of those who once ran it. It is clear that a significant proportion of British diplomats and officials lack the requisite language skills that their profession demands. They also don’t have the necessary intellectual and cultural sensitivity required to analyse and understand developments within their regions of specialisation. These days, the kind of civil servants and officials who attach themselves to the Foreign Office seem to be indistinguishable from the ones who work for the Department of Health or of Agriculture. Many of them are thoroughly nice people, but completely out of their depth in the world of global diplomacy.

When officials in the Department of Health or the Department of Work and Pensions screw up, the consequences of their mistakes become readily visible. Computer systems don’t work, targets are not realised, and taxpayers’ money is wasted on pointless gestures. Similar mistakes and errors in the domain of diplomacy are often more difficult to detect. However, by undermining the interests and integrity of the nation itself, such mistakes have potentially far graver consequences. It’s not just a matter of a badly designed computer system or missed target; rather, Foreign Office errors and stupid initiatives risk intensifying global insecurity and causing the loss of thousands of lives.

This year, Whitehall demonstrated more than ever before that it really hasn’t got a clue on foreign policy. From the outset, its policy towards Syria could have had just one consequence: to turn that country into a failed state and strengthen the global movement that fights under the banner of al-Qaeda. Anyone with a minimal grasp of reality knew that the attempt to bring down the Assad regime would destroy a precarious political balance between different ethnic groups in Syria and lead to a bloody civil war. Any intelligent observer could have predicted that such a civil conflict would attract jihadist militants from across the world. One did not need to have a PhD in international relations to understand that such a conflict would help al-Qaeda to cultivate a new generation of supporters. Only fantasists in Whitehall or Washington could have imagined that the so-called Free Syrian Army represented the will of the Syrian people.

If the Foreign Office were the Department of Health, there would be an inquiry into this disastrous adventure. Embassies would be put under special measures and inspectors would announce that the work of the Middle East Desk at Whitehall was substandard and that private consultants were being brought in to repair the damage. But of course, the damage caused by the ill-conceived adventure in Syria, which has led to the further destabilisation not only of Syria but also of Lebanon and Turkey, cannot be repaired. Indeed, it is unlikely even to be acknowledged. Who needs charismatic radical mullahs when our very own officials are doing such a sterling job of radicalising a new generation of jihadists?