The half-truths and wild claims of the Brixton slave story

There is only one word to describe this slavery tale: bullshit. 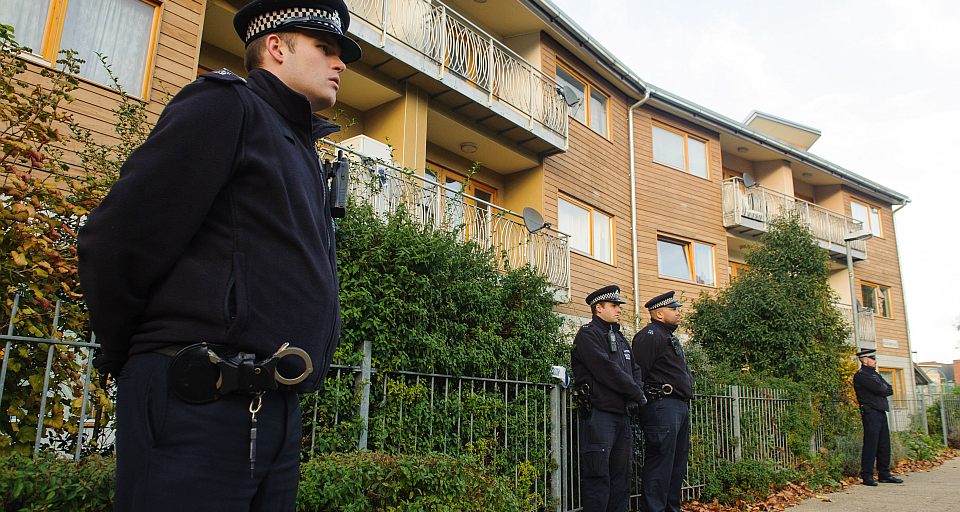 It was presented to us as another Fritzl-like horror, involving three ‘enslaved women’, at least one of whom had ‘spent her whole life in captivity’ and had ‘never seen the outside world’. Or it was Britain’s own version of the recent Cleveland, Ohio case, in which Ariel Castro kidnapped three women from the streets and shackled them to immoveable objects in his house where he abused them for 10 years. In fact, it was worse than Cleveland, suggested the Mirror, because where those American women only suffered for a decade, these British-based women went through a ’30-year nightmare of captivity, servitude and unimaginable brutality’. It was, in a nutshell, the worst-ever case of hidden human enslavement, the papers told us. ‘No known victims have spent so long in captivity being brainwashed, beaten, manipulated and terrorised’, one said.

We now know that these claims about the so-called ‘Brixton slaves’ are, to use the only term that will suffice, bullshit. Everything that has subsequently come to light, everything that has unfolded in the six days since these ‘slaves’ were ‘rescued’ from some kind of one-time Maoist commune, has called into question the initial claims made by the police, the highly dramatised narrative imposed on these events by the media, and the hyperbolic descriptions of the case by politicians desperate to appear as modern-day William Wilberforces combatting the evils of ‘slavery’. Indeed, the key question that must now be asked is not ‘How did three women end up in a grim commune?’ (let’s leave that to the police), but rather: ‘Why did the entire British media and the political class, along with campaigners and the Twitterati, so willingly and gullibly buy a horror story that was not true?’

We now know this isn’t true. First, the police subtly changed their claims, telling us the 30-year-old had ‘no contact with the outside world that most would consider normal‘ (my emphasis), and then saying she had ‘some controlled freedoms’. So she had left the house, after all; claims that she hadn’t were untrue. We are now told that Rose went shopping – neighbours often saw her ‘walk[ing] to the local Tesco supermarket’. She also wrote love letters to one of her neighbours. Initially we were told that not even her birth had been registered; now we know that it was. Far from ‘never seeing the outside world’, it has now been reported that the local ‘social services [and] education and housing departments all had contact’ with Rose and the other inhabitants of the house. Social services never visited Elisabeth Fritzl; housing officials never called in on the three women chained to radiators in Cleveland. Clearly what happened in Brixton was not remotely like those cases.

Many other parts of the ‘slavery’ story also don’t add up. It was revealed at the start that the Metropolitan Police’s Human Trafficking Unit was working on the case, giving rise to media rumours about foreign women being ‘trafficked’ to Britain to work as slaves; yet later the police said, ‘We… do not believe the victims were trafficked into the UK’. Indeed they weren’t. Two were immigrants here, one from Ireland and one from Malaysia, and the other was born here. We were also initially told police were trying to ‘obtain accounts’ of the ‘physical, sexual and emotional abuse’ the women might have suffered, and that the case had originally been referred to the Met’s Sexual Offences Exploitation and Child Abuse Command. Inevitably this gave rise to articles discussing the ‘Brixton slaves’ in the same breath as other alleged ‘sex slaves’. Yet later we were told that ‘there is no evidence of sexual abuse’.

We were told that the women were ‘prisoners’ in a ‘suburban jail’. They were ‘held in captivity’ – captivity being another word for incarceration. Yet now a video from 1997 has emerged showing the two older women not only out and about on the streets (after attending an inquest into the death of someone at their commune), but also defending their alleged captor and railing against the British ‘fascist state’. As the Telegraph says, the video ‘casts doubt on [the] plight of women held as “captives”‘; it ‘casts doubt on police claims that the women were held in conditions of “domestic servitude” and had no choice but to stay in [their] house’ because it clearly shows them ‘freely’ walking on the streets and standing up for their leader (‘captor’). The comparisons of this case with the Fritzl or Castro cases seem all the more bizarre – not to mention offensive – when you consider that this case clearly did not involve a ‘suburban jail’, as we had been told, or individuals ‘held in captivity’. That was simply untrue.

Other things don’t add up. If the ‘captors’ of these women really were modern-day ‘slave owners’, who subjected their slaves to ‘unimaginable brutality’, to the worst recorded instance of women ‘spend[ing] so long in captivity, being beaten and terrorised’, then why are they out on bail? People charged with such horrendous, historic violent crimes don’t get bail; Fritzl wasn’t bailed; Castro wasn’t bailed. The disparity between the description of the slave owners’ alleged crimes and how they were subsequently treated by the courts is unfathomably big.

Then there is the question of the ‘rescue’ operation. On the day the police first revealed this story they claimed to have ‘rescued’ three enslaved women, giving rise to images of a daring raid of a nightmare house to retrieve women who had, in the words of one tabloid, spent ‘three decades in hell’. The word ‘rescue’ appeared everywhere. But there was no rescue. All that happened is that, last month, the three women arranged by phone (another thing that neither the Fritzl girl nor the Cleveland women had access to) to meet people from the Freedom Charity, which helps women facing forced marriages, somewhere near their house. Which they did. They walked out. And then a few weeks after that the police went to the property and arrested the couple who owned it and took away some of their possessions. As a columnist for the Daily Mail asks, ‘If this really was Britain’s “worst-ever slavery case”, why did it take the police a whole month after the original tip-off to raid the property… where the women were allegedly being held?’ Indeed. Something between the police’s statements (about slavery, brutality, abuse and trafficking) and their behaviour (waiting weeks before actually visiting the so-called house of horrors and making an arrest) raises thousands more questions than it answers.

So almost everything we were told about the Brixton case has turned out either to be untrue or to have been wildly exaggerated or dramatised. These were not slaves. They were not held captive. They were not denied contact with the outside world. Rather, what we seem to be dealing with is, quite simply, a very, very eccentric household, in which various people came together, did and believed very strange things, developed an obsession with Mao and conspiracy theories about the British ‘fascist state’, and then ended up regretting it all – well, three of women seem to have regretted it. And so they left. Voluntarily. Without a struggle. It sounds like it was all very unpleasant; it seems clear emotional manipulation was involved and possibly physical force too (but let’s allow the courts to decide that). But slavery? Fritzl-style abuse? Hell, horror, unimaginable brutality? There is nothing remotely resembling evidence to show that anything like that occurred.

So why did the media, politicians, feminists and campaigners lap up this half-cooked, shrill, mostly baseless fantasy about slaves stuck in suburban jails in London? Because it spoke to their already existing prejudices; because it seemed to confirm the darker thoughts that lurk in their heads, about wicked men, vulnerable women, and the unspeakable things that happen in ‘ordinary houses on ordinary streets’; because it allowed them to feel, temporarily, like history-making moral crusaders against evil, and to hell with anything so pesky as a fact. Aneeta Prem, head of the Freedom Charity that assisted the women and drove much of the dramatic talk about ‘domestic servitude’ and ‘rescue’, yesterday said there was too much media frenzy around the case and ‘the more information there is that comes into the public domain, the more it will hamper [the women’s] recovery’. So there’s a problem with having too much information about this case? Why? Might it be because the information so dramatically contradicts the fantasy put about by Prem and others about a group of slaves having been held captive in London for three decades?