Camus and Monod: courage and genius 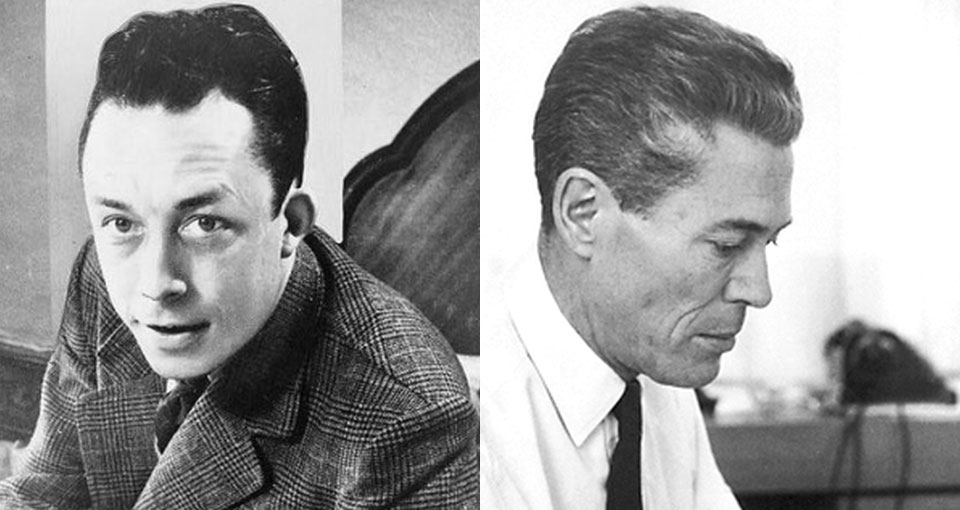 When Albert Camus died in a car accident in 1960, the Nobel Laureate was mourned not only as a creative artist but also as a moral philosopher. Camus championed moderation, dialogue and the inalienable dignity of the individual at a time when – in France – partisan loyalty to nation and party often led people to advocate and defend acts of barbarity. Camus refrained from becoming too publicly involved in the debate over Algeria, first in the grip of civil unrest then wracked by civil war, but instead worked to influence events behind the scenes. Acutely sensitive to the suffering of fellow Algerians, he knew his pleas for clemency from the French government and moderation from FLN insurgents would draw condemnation from both ends of the political spectrum.

Even Sartre, Camus’s ally-turned-opponent, admitted he was ‘an admirable conjunction of a person, an action, and a work’.

One of those most deeply touched by Camus’ death was Jacques Monod, a leading microbiologist at the Pasteur Institute. The two shared an outlook on life and had both been members of the wartime resistance movement – Monod as a military commander and Camus as a journalist and printer for the newspaper Combat. They epitomised existentialist man, free thinkers who had the courage to act independently of the shackles of religious and political doctrine, even at the risk of their lives. And death was never far away during the dark days of occupation between 1940 and 1944. Page after page of Brave Genius – Sean B Caroll’s new account of Camus’ and Monod’s friendship – documents fellow resistance workers who were imprisoned, tortured and executed. Camus and Monod came very close to arrest and death on several occasions.

The men got to know each other socially only after the war. It was the Lysenko affair that brought them closely together in 1948. Soviet biologist Trofim Lysenko claimed that he had proof that acquired characteristics of plants could be passed on, thereby overturning evolutionary science. Biological life was not inherited in a Darwinian fashion but was actually Marxian in character – through circumstance and will, lifeforms could transform themselves and exercise self-determination. Established genetic science was condemned by the USSR as ‘bourgeois genetics’ and all dissent against the Lysenko doctrine was banned.

This extraordinary development aroused the immediate scepticism of Western scientists. Camus, as editor of Combat, needed an expert biologist to address Lysenko’s claims. He approached Monod. Monod wrote a denunciation of Lysenko’s ‘completely absurd’ position. Pointing out errors and highlighting the lack of test data, Monod concluded Lysenko’s doctrine was ‘on the same level as the fundamentalist position in religious disputes’. At a time when a large part of academia and the intelligentsia were card-carrying members of the PCF (the French Communist Party), this was not an altogether consequence-free stand.

Sean B Carroll, an American biologist and writer, has assembled an account of the friendship between the two men. Examining unpublished archives and hearing testimony from the few survivors of the period has provided the author with dramatic and fascinating material. Carroll adeptly glosses the literary work that led Camus to the Nobel Prize for Literature (in 1957) and the scientific investigations that led Monod to the Nobel Prize for Physiology or Medicine (in 1965). A major part of the book concerns how Monod assisted the escape of two biologists from Hungary, something that Monod characterised as a humanitarian effort rather than a political act.

While Camus’ books such as The Plague and The Stranger will be familiar to many readers, Monod’s achievements need some explanation. Monod and colleague Francois Jacob (a Jewish refugee who later became a war hero during the Battle of Normandy) made critical discoveries in enzyme adaptation and lactose operon, laying some of the foundations for the understanding of the transmission of DNA. Despite the cramped conditions, primitive technology and chronic underfunding at the Pasteur Institute, the team discovered vital connections that British and American teams missed. Camus described Monod as the only true genius he had ever met.

Following Camus’ death, Monod developed the writer’s philosophy in a wide-ranging book called Chance and Necessity (1970), which reflected on the philosophical ramifications of the discovery of evolution and DNA transmission. Carroll summarises Monod’s conclusions:

‘1. Biology has revealed that the emergence of humans is the result of chance, and therefore not a matter of any preordained plan.
2. All belief systems that are established on the latter notion are no longer tenable.
3. All ethics and value systems based on such traditional beliefs have no foundation, and create intolerable contradictions with modern societies.
4. Humans must decide how we should live and how we should act. A society that valued knowledge, creativity, and freedom above all would best serve human potential.’

Consider that today these deductions are even further from being generally accepted than they were almost half a century ago. The solipsistic view of humanity as unique and exceptional (exempted by either ingenuity or divine providence) still dominates societies worldwide. The rationalist humanism espoused by Camus and Monod – far from presenting a meaningless view of life – provides a philosophical framework by which people can clearly see themselves in relation to the universe. Though Parisian intellectuals had – admittedly – more leisure and education to weigh the finer points, the principle holds true universally.

Carroll manages to balance the two sides of his narrative despite evident excitement about the scientific challenges the Pasteur team overcame. To his credit, he transmits this enthusiasm to even non-specialist readers, providing a summary of the scientific issues in an appendix. Brave Genius proves to be an engrossing blend of parallel biography, military history, cultural analysis, popular science and Cold War thriller.

There is no British edition of the book planned yet, so readers outside Canada and the USA will have to buy the American hardback edition.

In their era, Camus and Monod fought Fascism and Communism, two totalitarian systems bolstered by quasi-scientific ideologies. Today, when extremist political and religious factions advance their own totalitarian systems with fake ‘science’ and alternative ‘facts’ – tacitly aided by liberals who advocate pluralism and relativism – this tale of Camus and Monod’s courage, compassion and clarity is more necessary than ever.

Alexander Adams is an artist and writer based in Berlin. His book The Crows of Berlin is published by Pig Ear Press. (Order this book from Pig Ear Press bookshop.)

Brave Genius, by Sean B. Carroll, is published by Crown.