Did fecund Filipinos bring the typhoon upon themselves?

Meet the miserabilists who think Filipinos bred themselves into disaster. 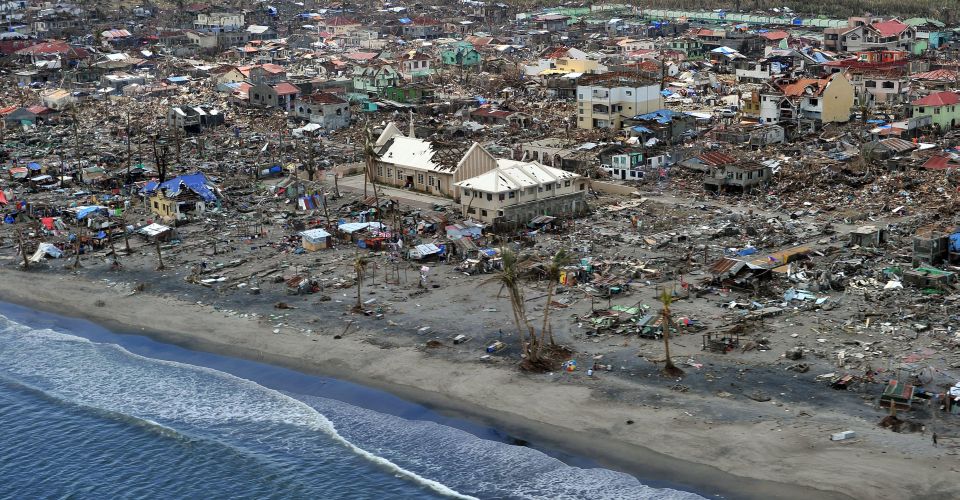 ‘All environmental problems become harder, and ultimately impossible, to solve with ever more people.’ So said Sir David Attenborough, the highest profile patron of Population Matters (PM), formerly the Optimum Population Trust, the campaigning organisation dedicated to curbing population growth. The Attenborough outlook infuses all of PM’s propaganda. Everything PM pumps out contains the same brutally reductive message: that people’s fecundity, all their casual breeding, makes everything from natural disasters to poverty worse than it needs to be.

Malnutrition in the Yemen? ‘A root cause is too many people’, says PM. Famine in Ethiopia? ‘The underlying cause is population growth.’ Drought in England? ‘Too many people for the water available.’

So no prizes for guessing what PM believes was a major contributor to the destruction caused by Typhoon Haiyan in the Philippines last week. Yep, too many bloody Filipinos. Under the headline, ‘Big families and typhoons’, PM tells us: ‘The sheer numbers of people mean that more suffer when storms… strike.’ It’s classic victim-blaming – you are suffering because you had too many children and allowed your towns and cities to swarm with human beings.

According to PM, the suffering in the Philippines was exacerbated by a condition that afflicts more than 80 per cent of Filipinos: Catholicism. ‘While family planning is now legal [in the Philippines]’, says PM, ‘decades of rearguard action by the conservative local Catholic hierarchy means that access and use is limited’. The result is that the average birth rate remains at ‘around three per woman’, causing the nightmarish scenario (in PM’s view anyway) of a fivefold increase in the Filipino population since 1950, from 19million back then to nearly 100million today. And this is what made Haiyan so destructive, apparently – the massive numbers of Catholic-lectured people having more and more babies put ‘pressure on space and resources’, making the nation more ‘vulnerable to storms’. In a nutshell: these poor Catholic baby machines have bred themselves into disaster.

But how true is it that the Philippines has peculiar ‘pressures on space’, with loads of people crammed into small places? It’s actually the fortieth most population-dense country in the world, with 329 people per square kilometre. There are many far more densely populated countries that do not suffer the same problems as the Philippines, even when big natural disasters occur. Belgium, for example, has 366 per sq km. Holland has almost 500. Hong Kong has 6,516. Which rather puts paid to PM’s claim that numbers of people and amount of space necessarily make natural disasters worse when they hit. What people in the Philippines need is not ‘help [to] manage their family size’, as PM proposes, but rather industry, development, more economic growth; if the Philippines were more like Hong Kong, it would be better prepared to deal with natural problems that arise.

PM is not alone in believing that population growth contributes to natural and social problems. The Sunday Times’ science and environment editor, Jonathan Leake, claimed at the weekend that, ‘Rocketing population is making typhoons more deadly’. ‘By 2040 there will be up to 10 billion [people in the world]’, said Leake, ‘so we can be sure that when storms similar to hurricanes Katrina and Sandy or Typhoon Haiyan come along again, as they surely will, they will put more people at risk’.

Others have blamed Typhoon Haiyan on climate change, which is just another kind of humanity-bashing – where population scaremongers claim Filipinos’ fecundity made the impact of the storm worse, climate-change alarmists claim it is the greed and wickedness of Westerners that have stoked up more and bigger natural disasters. The former UK secretary of state for energy and climate change, Chris Huhne, said we must tackle climate change now, including by ‘curbing [our] carbon emissions’, for ‘the sake of the victims of Haiyan’ and in order to offset ‘other disasters still to come’.

What both the population panickers and climate-change alarmists share in common is a belief that we must show more humility in the face of nature, or else she will punish us. We must reduce the size of our ‘footprints’ – whether our own eco-footprints or the pitter-patter of new eco-footprints produced by having too many babies – in order to placate riled and angry nature and its allegedly manmade extreme weather events.

The tragedy here is that all this finger-pointing, at both fecund Filipinos and carbon-using Westerners, distracts us from the real debate we need to have – about how to further develop countries like the Philippines in order to make them more resilient to unpredictable natural forces. What Filipinos need is not condoms and lectures from modern-day Malthusians or self-flagellating apologies from comfortably off Westerners, but, rather, meaningful and massive industrial and technological development in order to make it more like we in the West are lucky enough to be – relatively ensconced from the worst aspects of the natural world. The debate about how to do that can only start once we have shot down the storm of Malthusian and modernity-bashing bullshit that now follows every natural disaster that takes place.