Kristallnacht: anti-Semitism then and now

75 years on, are Jews once again being treated as ‘different’? 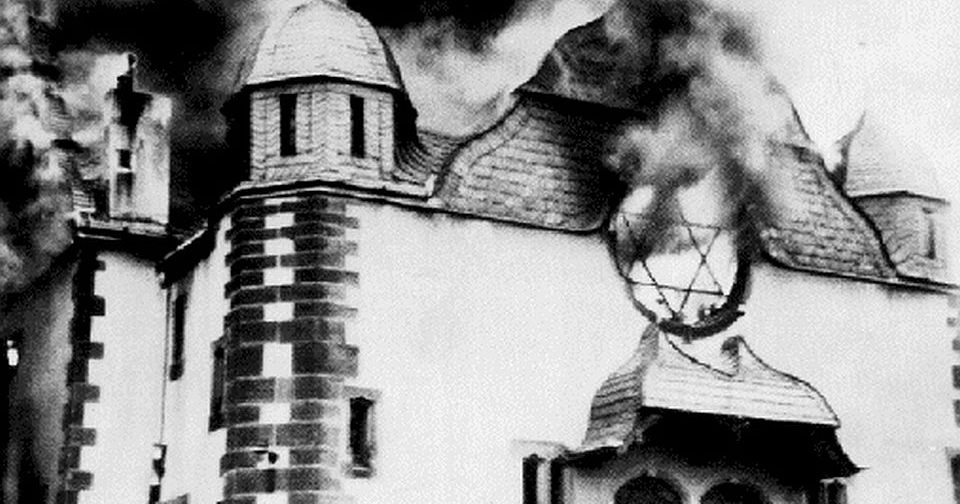 It’s the seventy-fifth anniversary of Kristallnacht, the name given to the violent wave of destruction against German Jews on 9/10 November 1938 which unleashed a chain of events that would eventually culminate in the Final Solution of the Nazi regime.

Across Europe, rituals of remembrance have been organised, all highlighting the tragic consequences of the xenophobia embodied in Kristallnacht. At the time of those events, a writer for The Times said the ‘systematic plunder and destruction’ was on a scale that ‘seldom had [its] equal in a civilised country since the Middle Ages’.

Actually, what was really remarkable about Kristallnacht was not so much the scale of the destruction as the almost casual manner in which the pogrom was carried out. Some Germans were shocked by the sight of teenage members of the Hitler Youth attacking Jewish women and elderly men in the streets, but most people didn’t seem particularly bothered. Why?

Kristallnacht is, understandably, treated as a symbol of politically organised mob violence. What is often overlooked is how much this event, and the way it was justified by Nazi propaganda, expressed a very clear statement about the nature of the Jew. The pretext for the pogrom was the assassination of Ernst vom Rath, a minor German diplomat, by a German-born Polish Jew, Herschel Grynszpan. A few days after the assassination and the eruption of Kristallnacht, Joseph Goebbels, Nazi minister for propaganda, spoke of the ‘justified and understandable indignation of the German people at the cowardly assassination of a German diplomat’. In other words, it was ‘justified and understandable’ that punishment for the act of one individual should be inflicted on any individual of Jewish heritage.

At the time, many Jewish community leaders protested that it was wrong to penalise people who had no connection with the assassination of vom Rath. In this vein, two leaders of the Jewish community in England – Neville Laski and Leonard Montefiore – argued in The Times that though a ‘cruel and detestable crime has been committed’, it is unacceptable to ‘avenge the crime on people devoid of any complicity therewith’. However, from the viewpoint of Nazi dogma, and the intensely racialised anti-Semitism of the interwar period, all Jews were, by definition, guilty. According to this doctrine, the essentially malevolent character of Jewishness overrode any individual differences between members of this tribe.

The narrative of European anti-Semitism had no place for the individual Jew. Jews were Jews, and any perceptible differences that may have distinguished one from another were of marginal significance. This stripping away of the individuality of the Jew allowed for the dehumanisation of an entire group, seen to consist, not of different persons, but of an homogenous people. That’s what Goebbels meant when he talked about the justifiable punishment exacted on the German Jewish community – the entire Jewish race was responsible for the behaviour of anyone associated with it.

Much has changed since the terrible events of Kristallnacht. The Nazis’ crimes are seen as deeply disturbing by almost everyone in modern Europe, and crude manifestations of anti-Semitism have been marginalised and discredited. There is considerable evidence that young people in Germany feel completely estranged from their nation’s Nazi past and are relatively free from the prejudices of previous generations.

And yet, many Europeans still regard Jews as ‘different’. This view does not necessarily imply hostility or hatred; it merely expresses the sentiment that ‘they’, the Jews, are a unique, separate group who share not simply a common identity but also common attitudes, character traits and behaviour.

In some cases, this outlook is expressed through a narrative of suspicion about ‘them’ or ‘those people’. Such euphemisms signal a degree of moral distancing from a people deemed to be ‘cliquey’, strange and unusually powerful. Inevitably, such attitudes provide a hospitable environment for the flourishing of conspiracy theories about a Jewish-dominated media or financial sector. The premise of these theories is that Jews who work in the media are not simply individual businesspeople who happen to be Jewish, but rather are an organised network who do things in a coordinated fashion. Hence the assumption of Jewish influence over particular institutions. On a global level, the belief in powerful Jewish influences can be seen in the increasingly popular fantasy about there being an all-powerful ‘Jewish lobby’ that orchestrates the foreign policy of the United States and other Western powers.

In most European circles, the old, poisonous idea of guilt-by-blood, which was applied to earlier Jews for the crimes of individual Jews, is no more acceptable than that of guilt by association. However, over the past 10 to 15 years there has been an important shift in the evolution of European attitudes towards Jewish people. One important development has been the impact of Middle Eastern and Islamic politics and conflicts on European societies. Since 9/11, Europe has become more sensitised to the corrosive effect of these conflicts, and the growth of significant Muslim constituencies in Europe has ensured that the crisis of the Middle East is not simply an external issue but rather one that has great domestic influence, too.

Given the intense bitterness of the conflicts in the Middle East, the hostility many Muslims in Europe feel towards Israel is understandable. However, what is problematic is that their hostility towards Israel often expresses itself in an attitude that regards every Jew as a proxy for that country. From this standpoint, attacks on Jewish communities in France or Belgium or Sweden are seen as somehow representing a blow against the Zionist enemy.

The old idea of guilt by ties of blood has been recycled in an unexpected form. Implicitly, and sometimes explicitly, the individual Jew has come to be seen as a proxy for Israel. This prejudice has its roots in the Middle Eastern conflict and has little in common with the politicised anti-Semitism that was on full display during Kristallnacht. However, Islamist hostility towards Israel and its presumed Jewish proxies has also provided some Europeans with a narrative through which they can express their disgruntlement with the modern world. It is as if the Islamic devaluation of the moral status of the Jew has given permission to some Europeans to express what they had suspected all along about some of ‘those people’ and particularly the country that represents them.

The current de-individualisation of the Jew can be seen in a subtle change in language. One of my colleagues, who is from a left-wing family, said to me recently: ‘Look out for the word “they”.’ She was caught unawares when, after a family discussion about Palestine, her father kept on repeating the word ‘they’. ‘In the recent past, it would have been unthinkable for him to describe Jews as “they”’, she told me.

At present, the shift in attitudes and language has not hardened into a full-blown xenophobic worldview. But there are worrying signs. One English woman, who is a member of a Palestine solidarity group, recently wrote to me about her concerns that hostility to Israel sometimes mutates into hatred for the Jews. ‘Getting so cross with Israel does lead Gentile attitudes in the group to verge on anti-Semitism’, she stated.

The situation today in Europe has virtually nothing in common with 1930s Germany. Despite the escalation of anti-Semitic attacks in recent years, as revealed in a recent European study, the position of Jewish people in Europe is relatively secure. What’s worrying is that in many quarters Jewish people are regarded as a unique homogeneous entity rather than as a normal collection of individuals. That, sadly, is always the first step towards the dehumanisation of a people. Fundamentally, these developments, however much they may have been catalysed by the rise of the Middle Eastern question in European societies, speak to latent problems and prejudices here in Western Europe. In short, developments in the Middle East and the behaviour of Israel are no more responsible for current European attitudes towards the Jews than the assassination of Ernst vom Rath was responsible for Kristallnacht.