The fight for freedom of speech starts here

Many pay lip service to the idea of free speech, but spiked takes it seriously. 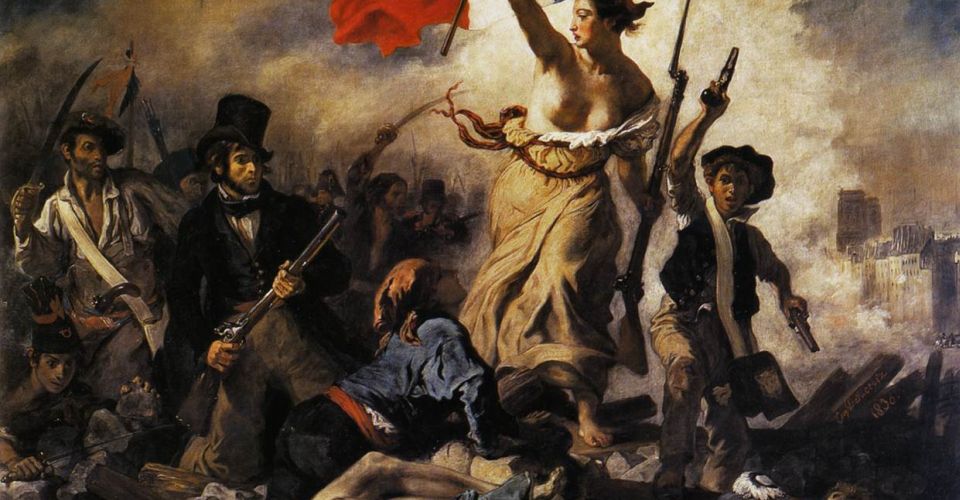 Were you outraged when a couple of London coppers suggested to a newspaper vendor that he should stop selling Private Eye magazine on the basis that its cover image might prejudice the trial of former News International boss Rebekah Brooks? Good. You should have been. No one with any sense – not to mention a love for liberty – should want to live in a country where policemen get to say what sort of material people can print, hawk and read. That way tyranny lies.

But wait – were you equally outraged when, last year, police in Manchester confiscated hundreds of copies of Red Issue, the Man Utd fanzine, on the basis that a cartoon it contained could have angered Liverpool FC fans? If you were, then, again, good. To have a situation where the boys in blue can forcibly impound printed material that they’ve unilaterally decreed to be ‘offensive’ – as happened in Manchester – runs counter to every principle of liberty. It turns the clock back to that black period when the authorities got to say what the rest of us could say, depict and declare, when the right to speak was a gift of officialdom handed only to those whose ideas pleased the powers-that-be.

If you weren’t as outraged by the massive police op against Red Issue as you were by the comparatively small-scale harassment of that Private Eye vendor, if you didn’t tweet and rail against that Stasi-like squishing of an ‘offensive’ football mag in the same way you did over the Private Eye fiasco… well, why not? Do you think freedom of speech is less important for football fans than for people interested in political and media gossip? Do you think footie fanzines are fair game for state obliteration, and it’s only clever political material we should worry about protecting from the long arm of the law?

Were you disturbed when David Cameron made a veiled threat to the Guardian recently, telling it in relation to its revelations about the National Security Agency’s spying antics that it must exercise more ‘social responsibility’ in what it reports or otherwise officialdom might have to ‘use injunctions or D notices’? I hope you were. For a prime minister to use weasel lingo about ‘social responsibility’ and dark whispers about D notices to try to stop a newspaper from publishing politically embarrassing things is deeply worrying. It speaks to the political class’s illiberal instinct to muzzle its critics, to tame papers that reveal things that politicians would rather keep hidden.

But wait – were you equally disturbed when Cameron made not-so-veiled threats against the tabloid press in 2011, when, announcing the establishment of the Leveson Inquiry into the culture and ethics of the press, he said that where for years the press had spoken truth to power, now it was time for ‘those in power [to] tell truth to the press’? If you weren’t, why not? Why is it bad for Cameron to insist that the Guardian behave in a ‘socially responsible’ way, but okay for him to demand – and to seek to enforce – ‘ethical responsibility’ among the tabloid press? How is his hint of using a D notice against anti-NSA reporting worse than his non-hint, very real-world use of lords, inquiries, modern-day Star Chambers and huge political pressure to try to bring to heel the raucous tabloids?

That’s a question that should certainly be asked of the 70-odd human rights groups who last week wrote an open letter to Cameron accusing him of imperilling Britain’s traditions of press freedom through his response to the NSA stuff, yet who raised not a peep – not a single peep – about his government’s war on the tabloids’ right to publish and be damned, on their right to not be ‘socially responsible’, or ‘ethically responsible’. In fact, the head of one of those Cameron-criticising human rights groups – Shami Chakrabarti of Liberty – actually sat on the panel of the Leveson Inquiry that dragged every tabloid editor in the land before it to give him a censorious grilling. From partaking in Cameron’s drive to force the tabloids to be ethically responsible to lambasting Cameron for suggesting that the Guardian be socially responsible… in the words of the wicked tabloids, you couldn’t make it up.

Have you been perturbed by reports in recent years about theatres, including London’s Royal Court, refusing to stage plays critical of Islam in case a few hotheads armed with Korans kick up a fuss? I hope you have been. Such self-gagging shows that when a climate of political correctness takes hold, when inoffensiveness is made into a public virtue, then we don’t even need states to censor our sentiments, criticism or art – we do it to ourselves, for fear of upsetting those who arrogantly presume to have a licence to silence and demolish any word, picture or artwork that offends their sensibilities. But wait – were you also perturbed by officialdom’s ban on certain Islamist preachers from coming to Britain, most notably Dr Zakir Naik, on the basis that their praising of the 9/11 hijackers and their justification of domestic violence and other nutty utterances are ‘not conducive to the public good’? If not, why not? Do you think freedom of speech somehow covers criticism of Islamism but not expressions of Islamism? How does that work then?

Were you disturbed by London mayor Boris Johnson’s floating of the idea of banning political protests in London’s West End? Good. I presume, then, that you were equally disturbed by his unilateral banning of a poster on London buses which suggested homosexuals could be ‘cured’? Were you alarmed by the police’s arrest and trial of a tweeter who made a joke about blowing up Robin Hood Airport in Nottingham? I hope you were. And I hope you were equally – in fact more – alarmed by the actual imprisonment for 56 days of a drunken tweeter who spouted online racial abuse about the then very ill footballer Fabrice Muamba? Were you disturbed by the British Chiropractic Association’s suing of the science writer Simon Singh? Good. It was a very clear example of how Britain’s archaic, reputation-worshipping libel laws can be used to silence dissent and ridicule. I presume, then, that you were equally disturbed by ITN’s use of the libel laws in the late 1990s to punish and ultimately shut down LM magazine after it dared to ask searing questions about ITN’s coverage of the Bosnian War?* Yes? Surely? Come on.

If you can answer ‘yes’ to all of the above – if you can say you opposed the censoring or threatened censoring of both the respectable Guardian and the naughty tabloids; of both Islam-criticising playwrights and Islamist preachers of nonsense; of both jokey tweeters and racist tweeters; of both lefty protesters and homophobic adverts – then congratulations are due: you understand what freedom of speech means, which is quite simply that speech – all of it, with absolutely no exceptions – ought to be free. Free from the blue pen and eraser and modesty bags of the state, its offshoots, the police, the moral majority, moral minorities, easily offended cliques or anyone else who imagines he has the right to stop us, the public, from seeing or hearing certain things.

When Shami Chakrabarti, fresh from spending the best part of two years sitting in judgement on the tabloid press, says the Guardian should be allowed to publish NSA revelations, she isn’t defending press freedom – she’s defending the privilege of the Guardian to enjoy less state scrutiny than the tabloids, presumably on the basis that it is a more upstanding, politically decent publication. When commentators defend with one breath the right of playwrights to criticise Islam, but then cheer with their next breath the banning of Islamist preachers from Britain, they aren’t defending freedom of speech – they’re defending the privileges of artists to enjoy a greater scope to speak their minds than their intellectual and moral inferiors. When campaigners defend the right of leftists to wave placards on London streets, yet turn a blind eye to the mayor’s banning of homophobic ads or the home secretary’s banning of far-right marches, they aren’t defending political freedom; they’re demanding political privilege, the right to enjoy something that they would deny to others: a platform from which to announce their ideas and intentions.

There is no true, full-on, consistent fight for freedom of speech in Britain today. Instead there are individuals and groups effectively demanding a special privilege to speak, on the grounds that what they have to say – about the NSA, about Islam, about the ‘ConDem’ government – is important and worthy. And those whose utterances are presumed to be unimportant or unworthy, whether they’re daft tweeters, anti-immigrant rabble-rousers, or claptrap-spouting Islamists? Screw them. Ban them. Keep them offline, off the airwaves, off the streets, out of Britain. Today’s privilege demanders disguised as free speech warriors have forgotten the key word in the phrase freedom of speech – which is freedom, exemption from control, a universal value which, unless it is enjoyed by every single free citizen, has absolutely no meaning.

spiked is on a mission to defend proper, all-encompassing freedom of speech – not only for ourselves and those we like (which would be a massive contradiction in terms), but also for the right, the left, the annoying, the batty, the wicked, the racist, the religious, the pornographic, the offensive, the hateful and the downright dumb. Not because we like all, or even any, of those people, but because we like – very much – the key idea behind freedom of speech: which is that it is only by having the fullest, freest, frankest and utterly unpoliced exchange of ideas and information that the people, using their moral and mental muscles, can decipher truth from codswallop and be properly autonomous, destiny-determining creatures. Freedom of speech makes us free; it makes us moral; it makes us human. It is enjoyed by all, or it is enjoyed by none.

*Declaration of personal interest: I was working at LM magazine when it was sued. Mick Hume will revisit the ITN-LM trial on spiked later this month.