Edward Snowden’s leakage is not as revelatory as his supporters think. 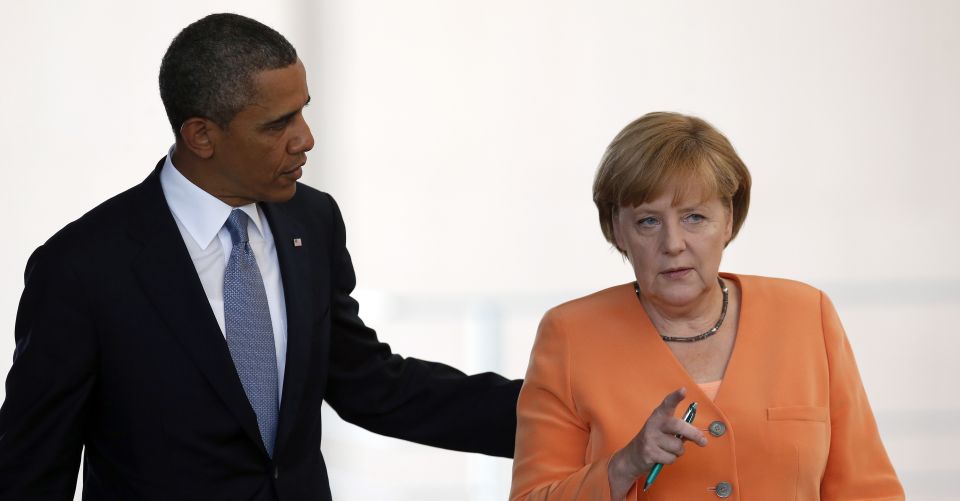 And so, thanks to the unhealthily leaky Edward Snowden, currently holed up somewhere in Russia, the relentless dripping of US National Security Agency (NSA) documents and data into the public sphere continues. Indeed, Snowden, who was an NSA contractor when he absconded with thousands of files earlier this year, is probably best thought of now as a tap, rather than a leak, to be turned on by the Guardian or Der Spiegel or Le Monde, or whatever liberal broadsheet he has deigned to contact, as and when editors feel the need.

And yet is all this that revelatory? Is the knowledge that the US’s chief spy agency is spending its multi-billion-dollar budget spying on people that jaw-to-the-floor surprising? What on earth did the Guardian or Der Spiegel think spies did with their time? Fornicate and knock back unstirred martinis?

But while Chancellor Merkel has made a point of publicly acting the wronged victim and has talked about the need to ‘build trust anew’, and pundits have waxed disingenuously about American iniquity, there have been others willing to be a little more sober about the US’s spy games. As former French foreign minister Bernard Kouchner put it: ‘Let’s be honest, we eavesdrop too. Everyone is listening to everyone else. But we don’t have the same means as the United States, which makes us jealous.’ That’s not a condemnation, that’s a melancholy ‘if only’. In the words of the BBC’s Jonathan Marcus: ‘Almost all governments conduct surveillance or espionage operations against other countries whose activities matter to them. Some are friends; some are enemies; some may just be in interesting locations or have ties to other countries that are of interest.’

Which raises a question: if it’s not Snowden’s increasingly tedious leaks themselves which are generating the media attention and hype, then what is? And here we approach the nub of the matter. The appeal of the leaks in certain quarters, the appeal of a story involving the US spying on Merkel for instance, lies less in what it ‘reveals’ than in the prejudices it confirms. That is, for those of a leftish-liberal hue, for those inclined to believe that America, conceived as a nest of capitalist and corporate power, is at the root of the world’s problems, is the power behind myriad thrones, the Snowden Files are further proof of what they already know – that the American state is malevolent, that it really is out to, if not get us, then watch us.

Indeed, like Wikileaks before him, Snowden has not let daylight in upon American power; he has merely added to the fug of conspiracy-laden cynicism that hangs heavy over contemporary politics. Playing upon the fantasies of the alienated, Snowden’s leakage suggests that there is some sort of totalitarian, Stasi-style intent behind the NSA’s intelligence operations. As one commentator in the Observer sees it, the NSA is set on ‘gaining greater control over society’. He continues in this vein: ‘This means we are building a vast apparatus that may some day facilitate an oppressive regime.’ A cyberactivist echoes this Nineteen Eighty Four-as-documentary sentiment: ‘The greatest threat to people on the internet in some ways is The Man. But it’s not just one Man, but many states all collaborating together against individuals.’

The glacial slippage of Snowden’s NSA haul into the public arena is not, then, simply ‘unveiling a vast, intensely secret programme of digital surveillance by the US and UK governments on their own people, and citizens of many other countries’, as the UK Green Party’s Natalie Bennett puts it; it is massaging the conspiratorial prejudices of those who really do believe the US is an ‘Orwellian Big Brother state’. It doesn’t explain why state intrusion into the most intimate folds of civil society has been increasing over the past couple of decades, indeed why so many of us have actively invited the state into our lives; it merely encourages spectators to believe the American state, driven by the interests of Big Corporations, is wilfully against us.

Yet, interpreted differently, indeed interpreted at all, Snowden’s leaks can actually tell us something. For instance, the indiscriminate amassing of metadata (the form not the content of messages) involving millions upon millions of people in Europe and the US does tell us something about the war on terror: it tells us how it plays out in practice.

The war on terror was always informed by an exaggerated risk-consciousness, an idea that there was an ever-proliferating set of threats out there in the world which needed to be identified and managed. In the words of the then US secretary of defense, Donald Rumsfeld, these threats, these as yet unidentified sources of existential anxiety, were ‘unknown unknowns’. It is possible then to see the NSA’s seemingly infernal determination to accumulate ever larger masses of data (whether telephonic or electronic) not as a totalitarian dream, but as a direct product of the equally infernal war on terror. Gathering the metadata of millions of Spanish phone calls ought to be understood as an attempt to know the unknown, to search out and eliminate the as-yet unidentified terrorist threat. The fact that this is impossible, the fact that there can always be a threat yet to be known, provides the NSA with its infernal dynamic. It’s crazy, and it’s an affront to anyone who believes in the ideal of liberty, but it’s not a conspiracy.

Moreover, it’s because of the NSA’s drive to accrue more and more data, more and more knowledge of the unknown, that it not only needs more and more state funding, but more and more staff, too. This is why the NSA was drafting in short-term contractors with ever more tenuous loyalty to the US state – people like Edward Snowden. The NSA’s data-obsessed, fear-driven dynamic sowed the seeds of its current problems.

Finally, the leaks and, more importantly, the response to the leaks, also tell us something about the weakness of the US state, not its strength. This isn’t just illustrated by the blundering incompetence of an increasingly unmanageable NSA, nor by America’s expansive and dastardly intelligence agencies’ inability to put a stop to this death by a thousand leaks – as one commentator notes, ‘everyone knows’ where the leaking journalists are. No, the NSA scandal also illustrates the crisis of the American state’s political and moral authority, too.

Nowhere is this more apparent than in the absence of anyone in senior political office, including US president Barack Obama, willing or able to defend the actions of US intelligence agencies. So when the NSA’s director James Clapper attempted to do just that in relation to tapping Merkel’s phone, stating ‘Leadership intentions is kind of a basic tenet of what we collect and analyse’, he was not greeted with support but with incredulity. ‘If anyone was expecting apologies or embarrassment from the leaders of America’s intelligence community, they were in for a disappointment’, writes one gob-smacked observer.

It seems that, apart from a few Republican stalwarts, America’s political and media class just doesn’t have a sufficient sense of mission to justify the US state’s own actions. It’s as if the ends, including the increasingly contorted war on terror, are not capable of supporting the hacking and monitoring means. Even the usually hawkish chair of the US Senate’s intelligence committee Dianne Feinstein has now come out against the NSA.

So while the NSA leaks might not tell us what so many commentators think they tell us, they do leave us with something: they provide a snapshot of the conspiratorial worldview in which cynicism and naivety go hand in hand; and they present us with an America that is no longer the superpower its critics want us to think it is.